Teenage Girl Explains How Muslim Refugees Have Made Germany Worse!

After watching this I couldn’t help to feel a lament for the people who were powerless to stop this. While its easy to castigate all of Germans as “Cucks” I refuse to believe that all of them were with Merkle in what she did to destroy the country. Germans now are having buyers remorse for having allowed their social engineering masters to do what ever they wanted. 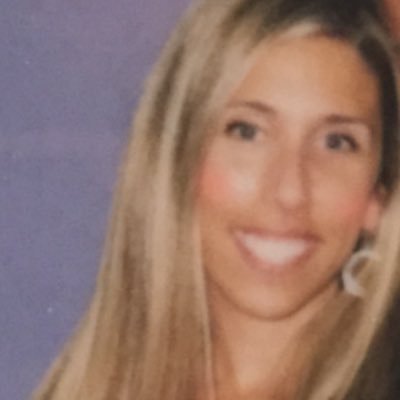 Not so much ‘social engineering’, although culture change will be inevitable, more one of extreme liberal do-gooding which went out of control and became unstoppable, so the political narrative is the mindless ‘It was the right thing to do.’ The ominous thing, though, is that they’re still pouring into Italy and Greece in their thousands.

And I’ve just read the link text that kids are asking Merkel to put a stop to it. Sorry to break it to you like this, you poor youngsters, but it’s too late - the horse has long since bolted. What an unmitigated disaster.

Same as all Americans are not supporting the insanity that our liberals inject into our lives. It’s like a forced march back to the Stone Age.

When she states, concerning being threatened, harassed, and even sexually abused by ( so called ) immigrants; she then says the idiots tell her, “even Germans do that”. Same as our brain dead liberals say, Americans are not just killed and injured by illegals, Americans are also killed & injured by other Americans. Absolutely true; and that being said, when you already have home grown monsters to sort out, why would anyone with a speck of sanity wish to import more? Riddle me that.

My heart goes out to that pretty young girl; but where I come from, legal citizens are allowed to arm themselves. How’s that for a concept? I all boils down to: If the people you pay ( elected officials ) to take steps to keep you safe, do not do the job they are paid to do, it then falls on the legal law abiding citizen. I see no grey areas.

Just how welcome would a group of Europeans be, moving in en-masse to some Muslim country, then protesting about having laws changed to fit their culture…all while they go around raping and killing? They wouldn’t be and it wouldn’t be tolerated. We all know just how Muslim governments and citizens would react.

The time for words is over. They can keep parading pretty teenage girls around to whine about how shitty things are…but that won’t change anything and Germans know it.

Oh well. Immigration shall set you free the entire country is, essentially, a death camp for the German people. They did it to themselves.

Germany is patient zero with a disease they gave themselves. Thanks to the EU free movement principles - this disease is spreading beyond Germany and nobody can stop it. France, Belgium, Spain, Sweden, UK, Netherlands are all going the same way. If you have a weak population, wealth, and a welfare system you will be targeted by the disease and eradicated. This girl is walking dead and she just doesn’t know it yet.

Germany is done. The demographic shift can’t be reversed.

One Quarter of Germans Now Come From Migrant Backgrounds

The number of migrant-background residents in Germany has reached a new all-time high of 25.5 percent, and 42 per cent of children are of migrant backgrounds.

Islam is always the problem, it has been from its beginning, as it was designed to be.

Yikes - those statistics…that’s it, game over, Germany is lost. As soon as these children reach adulthood and have their own kids (and the whole family is on welfare), native Germans will be a minority in their own country. There’s no way back from here, Hans und Eva better start reading up on Sharia law and preparing for their infidel daughters to be used as sexual relief devices for the majority population.

Thing about Germany ( if you know your history ), right or wrong, if they get the right leader, then the shit storm can begin. Just sayin. Of course, if they attempt to save their country & culture, no doubt the UN will brand them barbarians. Since most ( but not all ) UN countries are also going down in flames from their open door policies; and we all know, misery likes company.

That headline is pushing the false concept of magic dirt. Those aren’t Germans. Germans are German. Migrants are animals from Afghanistan, Libya, Syria, Nigeria, etc. They are NOT German in the same way that someone who isn’t Japanese and moves to Japan, become a legal resident, doesn’t become Japanese. You can NEVER be Japanese. These migrants can NEVER be German.

Never be German; they are barely human. https://youtu.be/Mn7yF9R7ZIs?t=4

An internal report on the man who killed four police colleagues in Paris last week says the 45-year-old computer expert, who was hearing disabled and had converted to Islam, showed signs of radicalising in 2015 but “no problem” since.

Islam is always the problem, it has been from its beginning, as it was designed to be.

The New Era of War and Occupation

Since the U.S./Canada/NATO invasion of Afghanistan in 2001, the world has been engulfed by a new era characterized by ongoing imperialist wars and occupations. The U.S.-led warpath has crossed from North Africa to the Middle East, through Latin America, and into the Caribbean – and with each passing moment threatens another developing country in another corner of the globe. There is of course, an obvious and direct correlation between war and refugees. As one example, the UN Refugee Agency (UNHCR) reported that, as of June 2019, 57% percent of refugees come from just three countries in North Africa and the Middle East, the epicentre of U.S.-led wars: Syria, Afghanistan, and South Sudan

I thought you were all about being non-partisan? Why would you post far left wing extremist crap from Common Dreams?

Because they are cyber social parasites! They can’t create their own threads so they invade others to play the cress contrarian !