The high court said it would hear a pair of cases from Colorado and Washington where state law requires presidential electors to vote for the presidential candidate that won the statewide vote.

WASHINGTON—The Supreme Court on Friday agreed to take a rare look at rules for electing U.S. presidents, saying it will decide whether a state’s appointed presidential electors can vote in the Electoral College for a candidate who didn’t win the state’s popular vote.

The court’s eventual decision could have ramifications for razor-thin presidential elections if enough members of the Electoral College seek to break rank and cast ballots that depart from the will of the voters.

The high court said it would hear a pair of cases from Colorado and Washington where state law requires presidential electors to vote for the presidential candidate that won the statewide vote.

Should a state-appointed elector be allowed to vote in the Electoral College? Why or why not? Join the conversation below.

In the 2016 election, one Colorado elector was replaced when he cast a vote for Ohio Republican John Kasich instead of Hillary Clinton, the Democratic presidential nominee who carried the state.

A divided federal appeals court sided with the faithless elector last year, ruling Colorado violated the Constitution by nullifying his vote. That court said that while a state has the power to pick its electors, those electors have the discretion to vote for whom they wish.

The ruling conflicts with a decision in the Washington case, where its state Supreme Court last year ruled that faithless electors in 2016 could be fined for voting for Colin Powell instead of Mrs. Clinton, the winner of the state’s popular vote.

The U.S. Supreme Court will likely hear the cases in April, with a decision expected by June, a timeline that allows the justices to resolve the issue before the 2020 election.

The Electoral College was established by the Constitution to choose a president. The political parties generally are in control of selecting a slate of potential electors in each state. Roughly 30 states require electors to vote according to the state’s popular vote for president.

Ten of the 538 presidential electors in the 2016 Electoral College attempted to cast votes for people other than their party’s presidential nominee.

Each state’s vote in the Electoral College is equal to the size of its congressional delegation: two (for its senators), plus its number of House representatives. The 23rd Amendment, ratified in 1961, grants the District of Columbia three votes.

The Electoral College was conceived by the framers to ensure that the president was selected by an elite and dispassionate assembly of leaders rather than a popular rabble.

Alexander Hamilton wrote that this “process of election affords a moral certainty” that only the most qualified candidates could ascend to the presidency.

In practice, states came to direct their electors to vote consistent with the statewide popular vote rather than make an independent judgment regarding the candidates.

The system effectively gives less-populated states disproportionate power, but in nearly every presidential election the candidate selected by the Electoral College also won the nationwide popular vote. The last three exceptions were Benjamin Harrison, in 1888; George W. Bush, in 2000; and Donald Trump, in 2016. Mr. Trump lost the popular vote to Hillary Clinton by 2.1%, or roughly 3 million votes, but took office after racking up 304 electoral votes to his opponent’s 227.

Such anomalies have led to criticism that the Electoral College, which initially served to boost the power of Southern states because slaves were partially counted in apportioning House seats, is antidemocratic.

Some smaller states have been loath to surrender their excess power by abolishing the Electoral College.

According to the organization National Popular Vote, which advocates for an agreement of all states to elect a president by popular vote, 15 states and the District of Columbia have enacted measures that would award their electoral votes to the nationwide popular vote winner once states holding an Electoral College majority adopt similar measures. 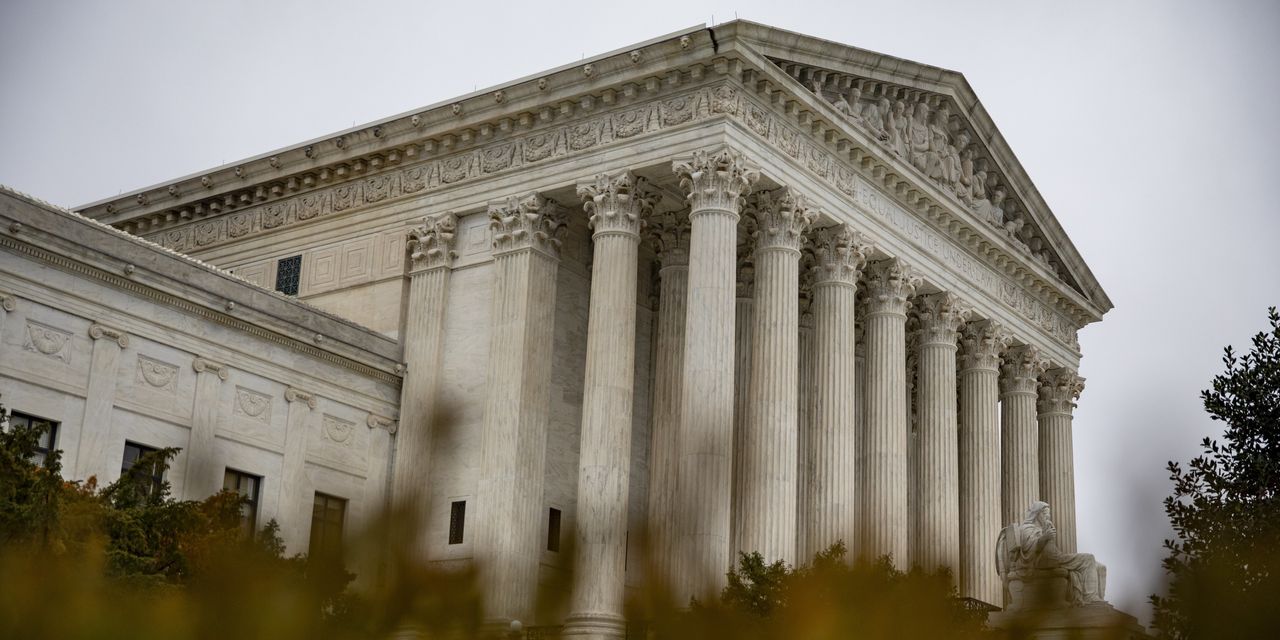 The court’s eventual decision could have ramifications for razor-thin presidential elections if enough members of the Electoral College seek to break rank.

tl;dr - Washington and Colorado want the ability to punish or replace electoral college members who ignore the popular vote.

Colorado’s legislature also passed the national popular vote act. Pissed the people off so we gathered enough signatures to put it on the ballot in November. A big middle finger to the leftist politicians in Colorado.

If SCOTUS says no, then democracy dies, as the entire power to elect a President falls from the citizens and into the hands of 538 people. Imagine the bribery alone that could result from this ruling - the Electoral College is garbage.

This is how the GOP keeps “winning”. Gerrymandering. Voter purging. Stacking the courts. Get ideological judges to justify this or that. Then, figure out a way to get as many Electoral College members as possible who are ‘their people’. A GOP candidate loses by 14M votes? Screw it - he’s President.

Hey @FiredUpDem, you didn’t lose the election because of the electoral college. You lost because your candidate was Hillary Clinton. Remember that.

This stinks of putrid Democrats and their incessant effort to circumvent the Constitution and let mob rule decide national elections.

This will be an interesting case to be heard by a court with a bench nearly half made up of appointees from Republican presidents who lost the popular vote.

We certainly cannot have the small states and less populous states to have a say in the presidential election.

If they allow states to kill the electoral college it will be a great time to dissolve this once great nation and let the left coasts go their own way.

It’s their way of being seizing power forever as the voter fraud angle hasn’t;t worked so far.

The major reason is piss poor candidates from the democrat party.

You avatar illustrates your depth on this subject. The Constitution does not bind presidential electors to the popular vote. States only began to implement “winner-takes all” around the rise of Jacksonianism in 1925. Read the Constitution and a book or two before commenting again.

I think it was Paul Weyrich, Reagan’s campaign adviser who candidly laid it out there for us. They loath the notion of people voting.

“So many of our Christians have what I call the goo-goo syndrome: good government. They want everybody to vote. I don’t want everybody to vote. Elections are not won by a majority of people, they never have been from the beginning of our country and they are not now. As a matter of fact, our leverage in the elections quite candidly goes up as the voting populace goes down.”

Republicans know that if everybody voted on their agenda, they’d never win an election again.

If the electoral college was favoring Democratic Party candidates, it would be the devil and they’d be all about ending it.

We are a republic, not a democracy. The states can choose electors however they damn well please. The governor or state legislature could just handpick them if they wanted.

The entire idea of people actually campaigning and the general populace choosing among them is alien to the original intent. It was more like a CEO selection board, where people of good judgement were to choose whom to offer the position, as anyone seeking the position is inherently untrustworthy.

You don’t vote for president, you vote for electors. If they go rogue, that is a party problem, not a constitutional issue.

Why don’t you speak to Paul Weyrich’s ideas on voting.

I already did so in my response to your post. Perhaps you should read it.

I wish we had the original system still perfectly intact. Electoral College meets, starts naming candidates, and votes. Runner up becomes VP. No parties, no tickets.

It is not the constitutional structure that is the problem. It is gerrymandered districts, winner-take-all schemes, and other shenanigans that leads to this continual idiocy of a few swing states being all that matter.

Notice how the leftards trying to undermine the system will never go for apportionment or other schemes that favor landmasses over urban population majorities.

You expressed your opinion on my understanding, not Reagan’s campaign advisor whom I quoted. Unless it’s he who you were suggesting doesn’t understand how things work in the US.