Is is now becoming common where hate crimes against white people are a product of the MSM perpetuating the narrative of white genocide? This is pretty crazy!

“A model and an actress got their money-makers messed up by a racist pack of miscreants during a Midtown bar brawl, according to a new lawsuit seeking to force the venue to hang on to surveillance footage of the throw-down.

But on their way out of the West 40th Street club, they got jumped and beaten to the ground by a group of 10 to 15 people who were yelling “white motherf—ers,” “dirty white b—-es” and “f—k those white b—-es and their money,” the court papers say.

“It was just this stampede as we were leaving. We just got rushed and assaulted by, I can’t tell you by how many people,” Agostini — who is set to begin filming the show “Brooklyn Ties” this Spring — told The Post.” 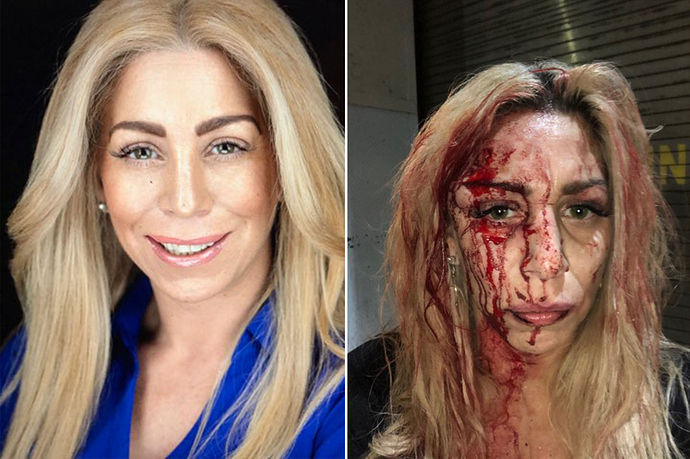 A model and an actress got their money-makers messed up by a racist pack of miscreants during a Midtown bar brawl, according to a new court papers seeking to force the venue to hang on to surveilla… 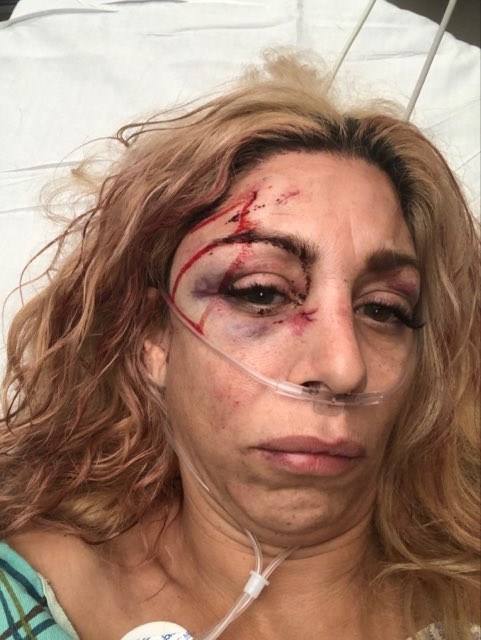 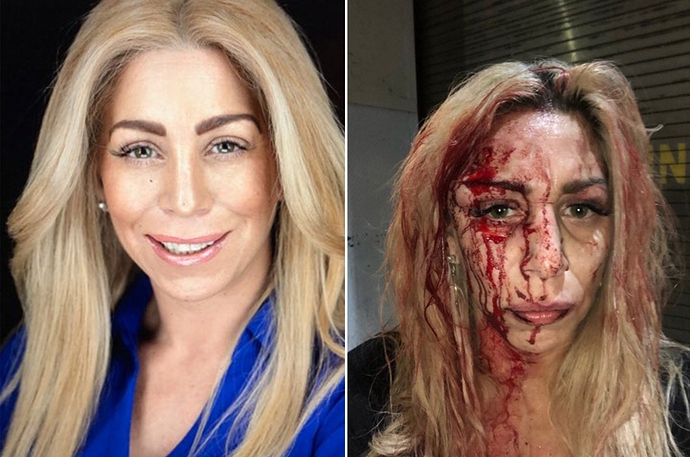 Boomer’s 2” tapered barrel is ported to reduce kick and it has no front sight to snag and hinder a quick draw.

Sleek and compact, yet ready to make a big noise when you need i 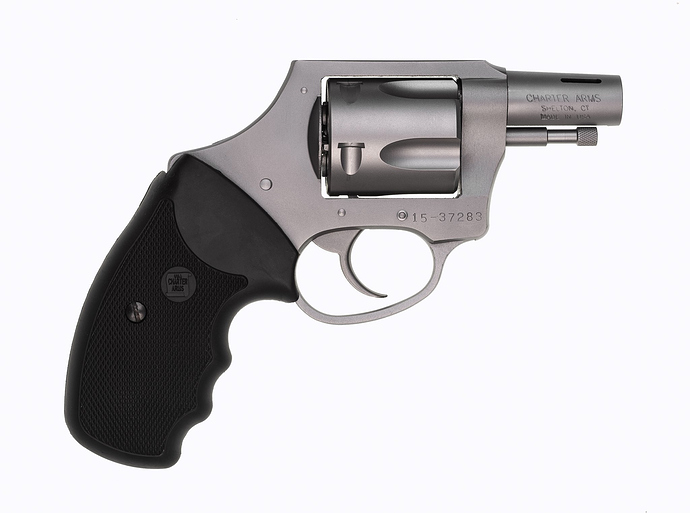 I have fired this revolver. A 90 pound woman can handle it effortlessly. Comparable to being hit by a freight train.

Yeah that is a nice piece however you are forgetting that this took place in NY City.

Lemme guess, this beauty queen is a registered democrat? If so, good. The toll has been paid.

I forgot, you’re not allowed to defend yourself from predators in the Big Apple. Just beg for your life. Looks like the begging didn’t pay off too well.

It’s a shame that people can’t go out anymore without having to wonder if something like this will happen to them.

It seems like the bartender wouldn’t give them their credit card back when they realized he still had it and went back to get it.

The incident touched off when one of their friends tried to go back into the bar for a forgotten credit card after their party had left, according to court papers.

A bouncer pushed the woman, and they got into a verbal spat when Stuart told him to lay off, the husband claimed.

“All of a sudden, 10 to 15 people jumped us,” said Stuart, who said they never filed a police report.

Why in the world would they not file a police report?

If you had talked to her minutes before the attack and told her “Around blacks never relax” she would have denounced you for being a contemptible racist.

Tell me why I should care about this arrogant entitled yenta.

Tell me why I should care about this arrogant entitled yenta.

It’s not so much this victim in particular that you should care about but attacks like these is worth noting when viewing who is under Attack in the aggregate of a larger perspective.

It’s not so much this victim in particular that you should care about but attacks like these is worth noting when viewing who is under Attack in the aggregate of a larger perspective.

This wasn’t too long ago either: 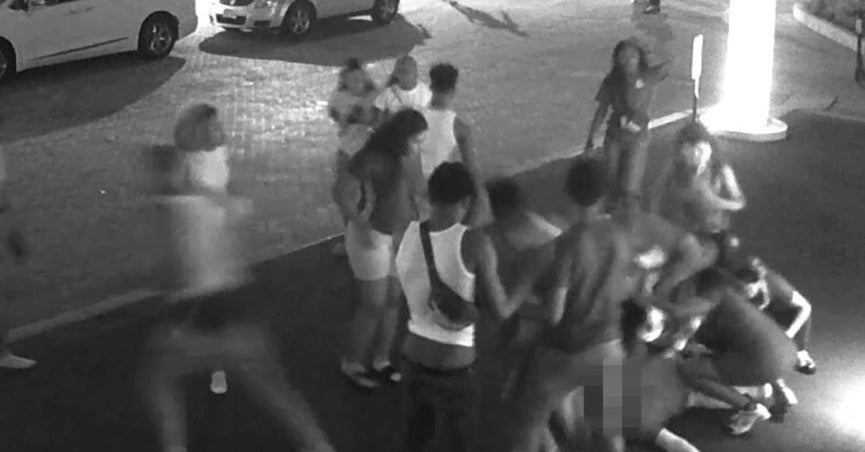 A Group Of Teens Attacked A Man At A DC Hotel

A 17-year-old male was charged with aggravated assault, but police are still searching for around a dozen suspects.

Jussie Smollett eat your heart out! You wanted to be the martyr but you screwed up.

Fellow Bullpeners, work with me here…

Imagine I am a Commie or an Islamist.

My Goal: To orchestrate the collapse of America’s society, economy and government and force a re-boot. But this time Islamists and Communists would be the NEW Founding Fathers and Communist and Islamic principles will be part of the NEW American Constitution.

Strategy: Trigger a NEW Civil War in America to create as much hatred among the races, the classes, the Parties, the genders and sexual preferences as possible so that no one is left out of the fighting. Everyone will fear being targeted. Everyone will want to retaliate against other groups. No group or place will be exempt from violence.

Objective: Once Americans are dog tired of the bloodshed and living in daily fortresses and taking their lives in their hands every time they went to the grocery store, the clamor for a negotiated peace will rise to the level of desperation.

A cease fire will HAVE to be reached because the pressure to do so will be HIGH.

And when Trump tries to leave the bad guys out of the negotiations, the violence will spike.

So they will eventually have to be included.

And when the bad guy’s provisions for the peace treaty will be unacceptably favorable to Islam and/or Communism and rejected, the violence will resume and spike.

Eventually, when the concessions are made and an uneasy peace is agreed upon, Communism and Islam will have a seat at the big table and be an official part of America’s future.

And on an even playing field, Political Correctness will give Islamists and Communists the advantage over traditional values.

And in a generation or two America will no longer be what we were meant to be.

Now, get your guns and help speed us toward that brave new world orchestrated for us to stumble headlong into.

Yeah I remembered that and it’s horrible when stuff like this happens. It certainly gives me pause to try to understand what is driving this madness in today’s society. It all comes back to media and the contrived negative narratives that they so willingly produce for mass consumption. At least that is my perception right now.

There is much to be said about that! It starts with hearts and minds!

It all comes back to media

It sucks what happened to this woman and her friend but this isn’t really a new occurrence. I think it is new that the media is starting to report on it accurately, at least the New York Post… anyway. EDIT: The media isn’t reporting accurately but I am happy to see an outlier or two.

If someone gets attacked on the basis of their race then it is a racist attack. Plain and simple. if a bunch of blacks beat up a white person because they are white then those blacks are racist and committing a hate crime. If prosecutors don’t want to prosecute that then they need to get rid of hate crime laws.

My knee jerk response is outrage that anyone would look at all favorably at the prospect of civil war.

But the need to resolve the current conflicts is strong in people.

By the way, I see a similarity between your looking at Civil War as a remedy and the mindset which might cause the random shootings in America.

This toxic society just isn’t what America should be.

Those with more delicate innards may feel the same kind of angst and they sought relief with firearms.

An openness to widespread nationwide violence in every neighborhood which would allow each of us to do some justified shooting seems to stem from the same desire to eliminate toxicity as the random shooter IN SOME CASES.

We see how patriotic Americans in this forum react to the attack.

And that is likely the same reaction being felt by millions of other Americans.

You can deny it, but the proof of the pudding is in how people will react to the attack.

And that proof is in this thread.

Who do you think the bad guys are?

Others I may have forgotten or left out.

Who do you think the bad guys are?