While lecturing America about the anarchist tearing down statues and memorials ,Mr. Carlson pointed out a tweet from Shaun King a prominent BLM spokesman. Paraphrasing, he stated that Christian Churches, with there white Jesus and European mother where targets of future destruction and desecration.
If Christians churches are the next target, then for sure a revolution will be sparked. There is no doubt in my mind that these proposed actions will result in a blood bath and needless deaths!

Dd you see this bs yet LOLL 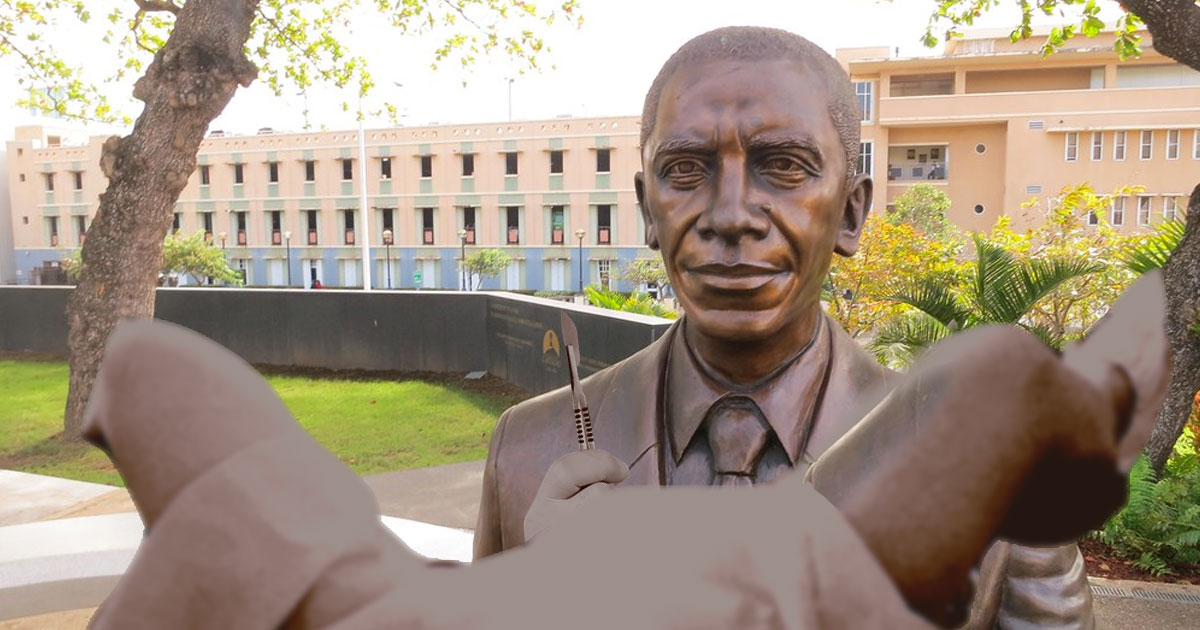 Antifa replaces all racist statues with sculpture of Obama performing...

The Antifa mob has been busy tearing down racist statues of Junipero Serra, Theodore Roosevelt, and Michael Jackson across the United States and the world but until now they haven't been replacing them with anything. The Antifa Art Selection...

Mr. Carlson pointed out a tweet from Shaun King

This video was already posted today in the Republican failure thread

More to the point of why Republicans are cowards! This is a desperate plea for help and Tucker made it very clear. Black Lies Matter is a major political movement that is now a major threat. Action is needed, not only by our President but by the Republicans. RIGHT NOW! https://youtu.be/cxxHV5vu1Mo

They selected. So what? That’s like going on-line shopping and putting something in the cart but never following through with the purchase.

If Christians churches are the next target, then for sure a revolution will be sparked.

That’s exactly what the enemy of civilization wants.

these proposed actions will result in a blood bath and needless deaths!

The Rothschild motto: “Buy when blood flows in streets.”
Somebody will be orchestrating the bloodbath.

At the time of the Russian Revolution, average folk were merely requesting reforms from the Czar. But lo and behold, the Bolshevik who had money from the banksters in the west took control and killed the Czar and his entire family, banned Christianity and went after the very working people whose interest they supposedly represented.

The Bolsheviks come from the people of Satan, the synagogue of Satan.

King is one POS mothefrucker who needs to be Rittenhoused.