Please give me that global warming back.

Cold temperatures gripped the San Francisco Bay Area with urban areas and coastal locations dropping into the 30s and 40s and many interior valleys diving down into the frigid 20s.

As of 6 a.m., some of the lowest overnight lows included 22 degrees in east San Jose, 25 degrees in Concord, 26 degrees in Livermore, 27 degrees in Healdsburg and Lafayette and 28 degrees in Boulder Creek and Walnut Creek.

Amid the chilly spell, the National Weather Service warned motorists of black ice on roads in the hills and the coldest valleys due to continued water runoff from the recent rains.

Black ice, sometimes called clear ice, is a thin coating of glaze ice on the roads that can cause cars to slip and spinout. The ice itself is transparent, not black, allowing the black road below to be seen through it.

After a cold start, Tuesday will feature clear, sunny skies in the afternoon with highs in the 50s for most locations and in the 40s in the hills and mountains.

A cold winter storm is forecast to deliver light rain to the Bay Area Wednesday into Thursday morning with snow likely in the higher elevations.

Dry conditions are expected to return late Thursday and continue into at least Friday, according to the NWS. A slight chance of rain is back in the forecast on Sunday.

The Bay Area has seen several cold spells in February and last week, a series of storms delivered snow to the region’s highest peaks including Mounts Hamilton and Diablo. 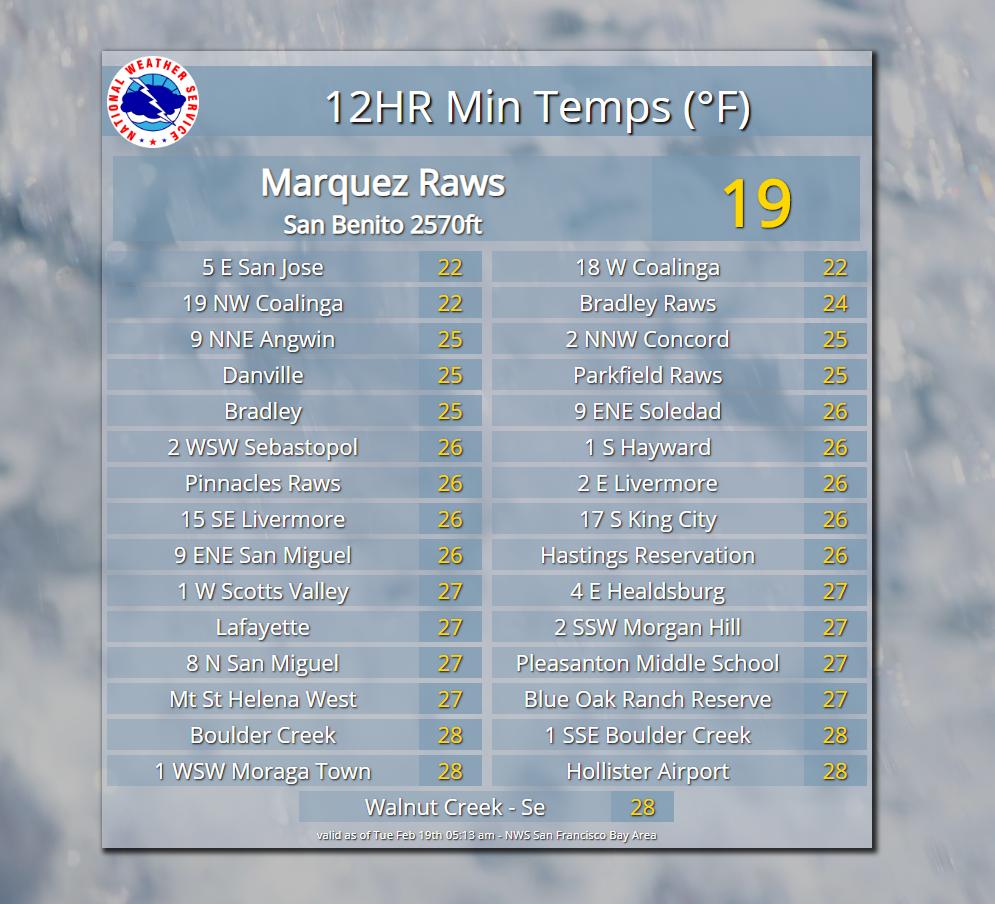 You guys in California really are a bunch of babies. I’ve been back up in New York for the past few weeks dealing with some family stuff and a little bit of black ice is laughable.

Report back when you get a foot of snow or more.

That made me chuckle. I live in Wisconsin.

Come on now. California no longer even knows what storm water looks like. What makes you think they’re going to see snow?

Is that a racist comment? Is black ice a cultural appropriation?

This is now a Northern California hate thread.

You know it got down to almost 50 degrees this week. Crops nearly froze over from the slight chill. It was almost horrible.

Imagine the horror. All of those snobs in Napa wouldn’t be able to overcharge for their low quality vino.

Don’t you find it amazing the country has cold weather often and little is said unless it’s the east or west coast.

Is that a racist comment? Is black ice a cultural appropriation? Being right 50% of the time is a successful weatherperson.

That’s why they over oak it.

That made me chuckle. I live in Wisconsin.

All of you guys make me chuckle.

“The coldest winter I ever spent was a summer in San Francisco.” - Mark Twain

Being right 50% of the time is a successful weatherperson.

No, looking good in a tight dress is my criterion.

I live in Northern California, and the lack of freezing temperatures is a huge part of why I put up with the taxes and liberal craziness. The lack of humidity in the summer is another one. Nothing is “diving” below freezing here. The last time there was an extended freeze (where it stayed below freezing in the daytime for several days) that I remember, was over 20 years ago. I can’t even recall a time recently where it didn’t get up into at least the 40’s during the day.

There’s no tornados, no hurricanes, no heavy rain like I’ve seen along the gulf coast, no big hail, even lightning is rare. I’ll trade that easily for an occasional earthquake. 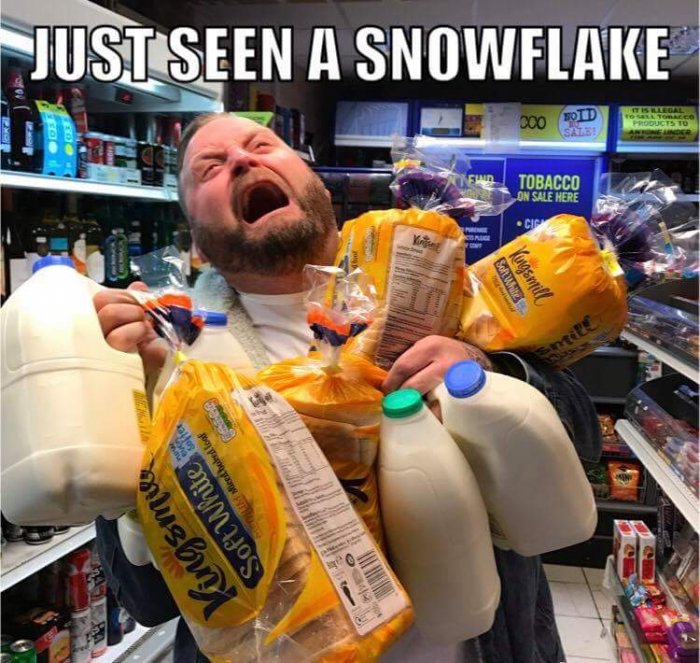 As a winter person, I love the snow, the change of seasons.
Colorado use to be a great place to live however with the influx of progressive, socialists and just plain liberals it’s time to move on.