Never been up to the courts lol it’s the state legislature. Trump doesn’t have to concede. There was clear cheating if he announces he’s not leaving it would probably start a little war and he could insert the insurrection act. Which should keep him in power until everything is figured out.

This is why Donald Trump should have inserted ann Coulter, Alex Jones as supreme court picks… instead he took the advice from the federalist who’s partially part of the deep state.

They would never get confirmed and Trump has to work with the system he’s got. He simply can’t arbitrarily decided who gets to sit on the SCOTUS. Nevertheless this case was tossed on a technicality so whether this is the last great Hail Mary remains to be seen. 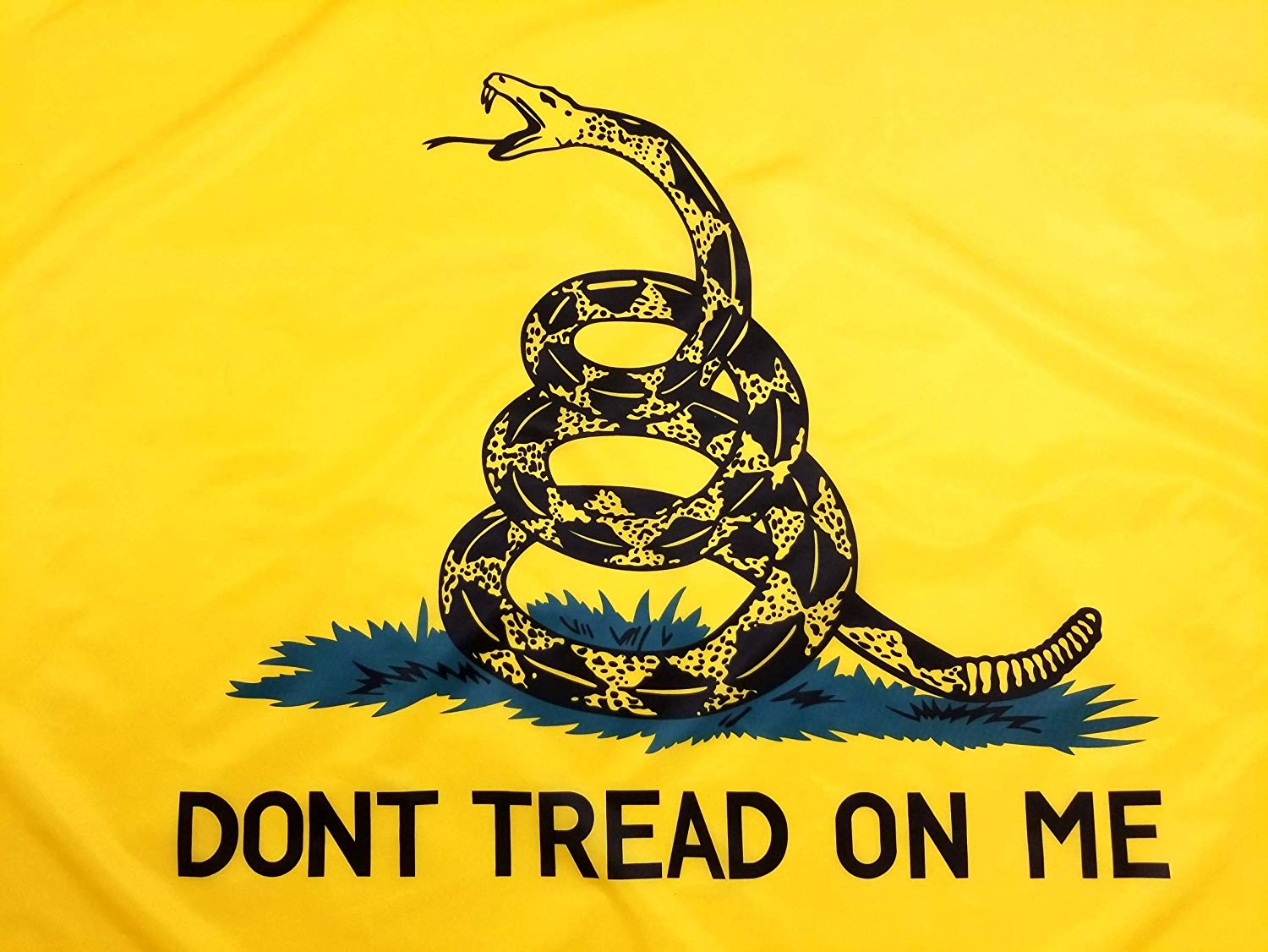 Well, America won tonight. The court sided with the rule of law and showed the world that despite Trump’s rantings about spine and courage, it is not Trumps court. Trump is a transactional, he has no integrity, character or moral fortitude. He thought the three justices he added to the SCOTUS were his judges…

Americas institutions are working as they should. Come Monday, the electoral college will affirm the states certifications, and Joe Biden will be sworn in on January 20th as the 46th president of the United States…

Oh so brave of you to say while you sit comfortably behind a computer somewhere typing your daily vomit! Your only audience is you and your alter ego!

Americans now have a reason to not accept this president… fake votes were used.

Not sure how will handle this… and Harris lol haha wtf

This is a serious betrayal on the part of the SCOTUS.
How many judges did Trump appoint?

The only solution to this fake election will be the insurrection act, whether you like or not.

Republicans appoint electors they can throw a huge curve ball… they need courage and in the era of compassion not sure they have it.

I just say. Let’s have second amendment rally’s in the largest Democrat centers in America. And pray they try to stop us.

This is a serious betrayal on the part of the SCOTUS.
How many judges did Trump appoint?

No it’s not. See you think just like he does, he thinks that the judges he appointed are his judges…

The Supreme Court, to a person, acknowledged that Texas has no right to interfere in another states election process. And it wasn’t all that long ago that professing conservatives were all about states rights…I guess nothing is normal anymore…

And now Arizona wishes to embarrass themselves as Texas has…

Texas tried to take the U.S. Supreme Court where it’s never gone before with a lawsuit that seeks to win a second term for President Donald Trump by overturning the election results in four other states carried by Joe Biden.

This was “The Big One” Trump said…

He LOST the big one.

Why were Suitcases of ballots rolled out after poll workers were told to go home? The court will take it up if done properly.
The court did NOT toss the Texas case.

They damn sure tossed what Texas presented. Everyone knows that trump will keep tossing mud against the wall until January 20th and then he’ll have to do so from Marlago I suppose, while the country advances…

What happen to the trailer with 300 thousand votes!? That disappeared

What happen to the trailer with 300 thousand votes!? That disappeared

It did not vanish. 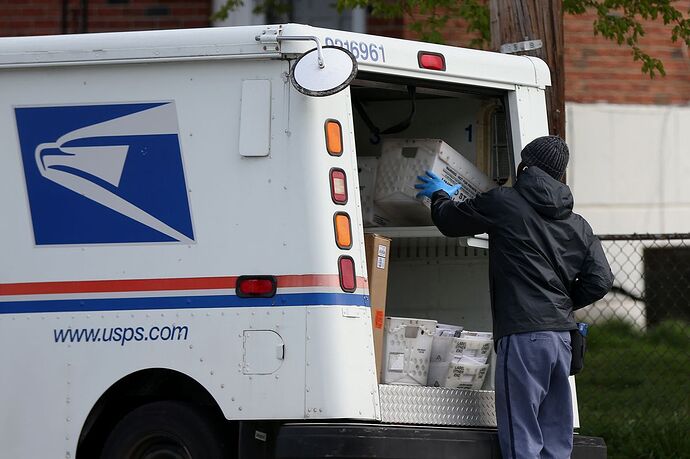 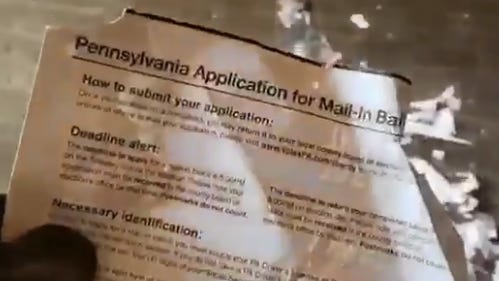 A video on social media falsely claiming to show mail-in ballots is of printing waste and shredded material.

Trump has been given his day in court and now its time to atop accept that Biden will be President.

Court after court has rejected the claims by Trumps legal team including Judges and SC Judges nominated by Trump.

Trumps own DOJ found zero evidence of widespread fraid that could impact the outcome of the election.

Everyone is in on this conspiracy including members of his own adminstrationcand judges he nominated.

If this conspiracy is true then it proves that Trump is unfit to be President as he selected these people and it was Trump who said he only hires the best.

So the postal worker veteran is a liar!? Why isn’t he in jail? He’s under oath.

The court will take it up if done properly.
The court did NOT toss the Texas case.

Its not a technicality, its a decision based on the information supplied by the TX AG. That is what they reviewed.

Since election day everyone has agreed that Trump needs his day in court. He has had that and he did not prove his case.

Why were Suitcases of ballots rolled out after poll workers were told to go home? 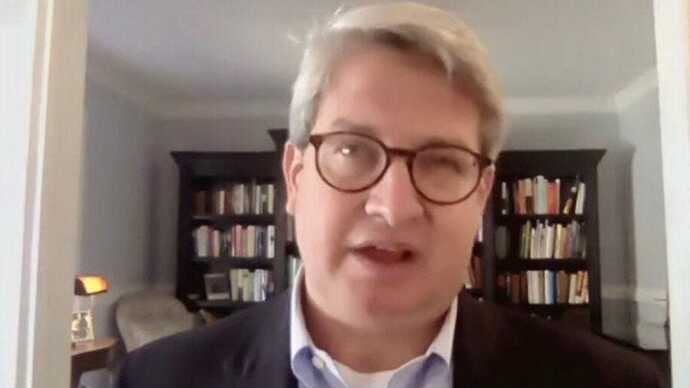 The “secret suitcase with magic ballots” was a bag of ballots packed because Fulton County election workers thought they were going home.

A lot of these so called frauds are actually as a result of people not understanding the process so they dont actually know what they are looking at.

What is great about the American election syztem is that it is all devolved down to state and county level. Think about logically, the sheer number of people that would need to be involved guarantees it could not be kept secret.