Film of the week with a lot of well known names, including Henry Mancini The more I see this movie the more I start to realize how brilliant it is. Johnstown looks like a nice quaint place in middle America The last time Ruben Östlund came to Cannes with his art world-skewering The Square, he took home the Palme d’Or. Five years on and five days into the festival’s 2022 iteration, he could be looking at a second. Blisteringly funny, narratively intrepid and plain old spitting mad, Triangle Of Sadness is every bit as pointed as the geometrical polygon in its title. Nor could its waspish satire on the idle super-rich feel any more acute, arriving as it does in a Riviera resort where the streets thrum with supercars and shop windows gleam with Rolexes.

A refreshing comedic style on the off beaten path, this film doesn’t fail to entertain while making fun of the rich elite who by now seem to be aloof to the commoner trapped on a ship of self indulgences to become the prisoners of their own desires.

I am not much in the Halloween motif genre, but the film “Werewolf by Night” was surprisingly a good film. Good clean fun. One of the if not the best films of 2022 is “All Quiet on the Western Front.”

The title itself is a bit misleading from its predecessor which is the original 1930 silent film that saw 6 different versions and releases with sound adaptation based on the literary masterpiece. This current film released in September 29th 2022 is a cut above the rest as far as war films go. Nevertheless its quite the departure from what expectations viewers will have when watching this particular film.

Many people say that the biggest casualty of war is innocent people, however the correct answer is that it is the environment and every thing in it. That much is true with the opening shots of a pristine peaceful forest where we get a glimpse of a Fox den and a baby fox suckling milk from its mother when it suddenly looks up to where the sounds of a dark rumbling ambience from a far away distant pasture of war can be heard. The camera pans forward along those same pastures to bring us out of this peaceful scene and closer into desolate scene of destroyed trees, bombed out craters of water and mud littered with barbwire broken fencing, and landmines surrounded by trenches where chaos of war ensues.

The film is premised around the life of a young German soldier when war breaks out in Germany in 1914. Paul Bäumer and his classmates quickly enlist in the army to serve their fatherland. No sooner are they drafted than the first images from the battlefield show them the reality of war.

The way this film is shot and how it portrays the every day realities of war and the young men who are forced to live through it, along with contrasting images of wealth, privilege of elites who indulge in the finer things like made beds with sheets, warm shelters, prepared food, while soldiers who are muddy tired, and hungry, are forced to struggle with the prospects of the terrifying life and death circumstances of war where a pause in time to smoke a cigarette is the only thing that makes them feel human again. This film marks on so much symbolism that it leaves the audience with profound thoughts especially ones that begs the question on whether humanity can learn from its dark pasts of the overwhelming costs of war and the hypocrisy of those who created such conflicts to begin with.

The timing of this film’s release seems to be hinting at a moral pause of current day discourse when the world is dealing with multiple conflicts with various nation states in particular Ukraine and Russia’s ongoing military strife, and would suggest that humanity is about to make the same mistake by repeating history again. What is that saying? “Those who do not learn from history are doomed to repeat it again” This film certainly depicts many symbolic gestures that it goes much deeper than being just another war film but one that evokes an emotional appeal to the senseless acts of conflicts that cost so many lives beyond consoling the ones who are forced to deal with its aftermath.

This film has it all: great story, great cinematography, great acting and produced not by the usual suspects from Hollywood’s club members, but by no name actors that can be seen as everyday average humans struggling with inner conflict and the need to survive a war that was lost before it began to which brings a powerful sense of realism to the screen very rarely seen in movies.

The use of sound amplifies this films intensity throughout it as it lends to its terrifying experience where the ravages of war weighs on one to question their own moral aptitude for understanding humanity’s cause and effect of justified homicide against one another. It leads to nowhere good in the end only a sorrowful lament of the lives lost.

This film should be considered the movie of the year, it is that good! 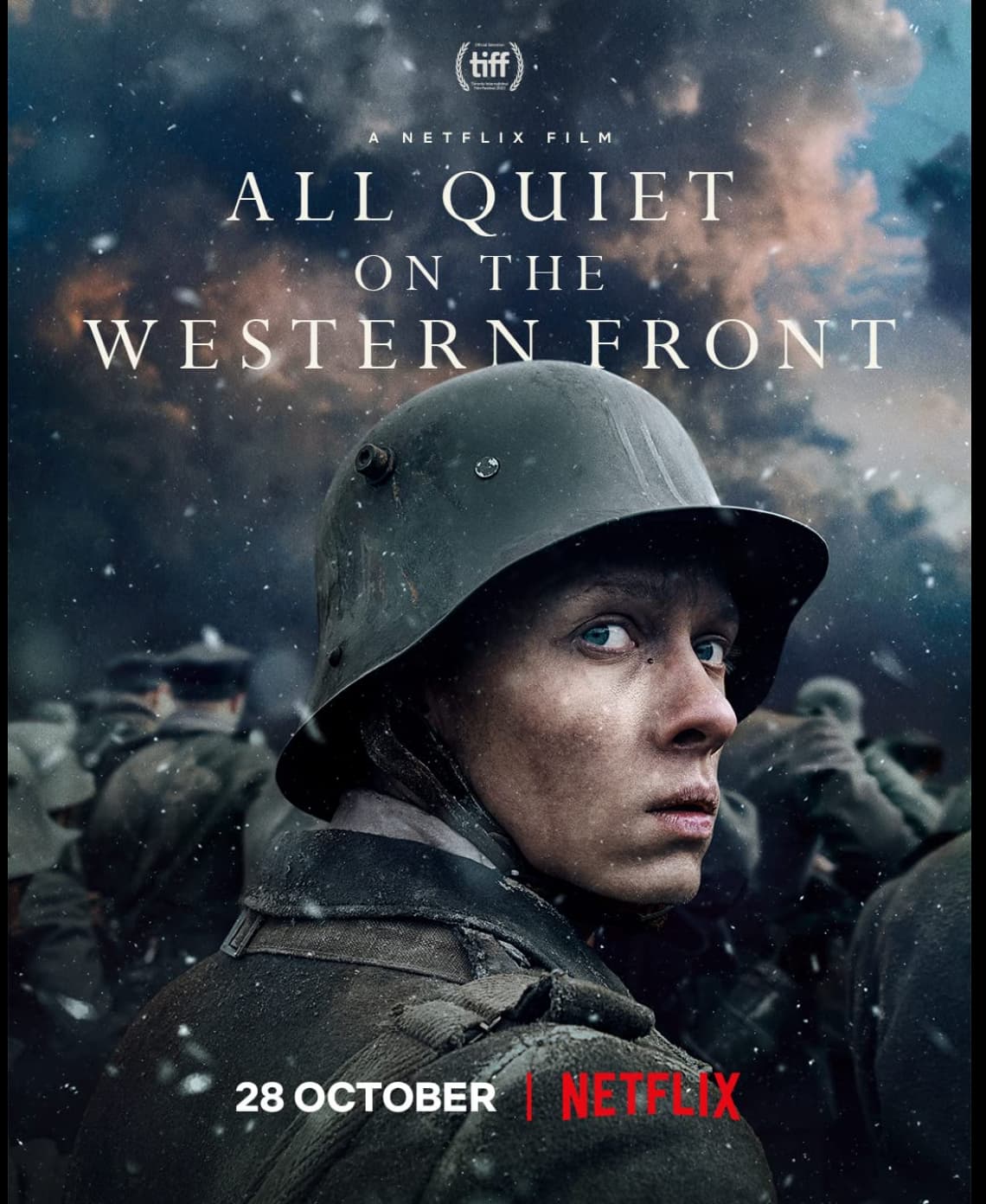 I have Netflix again now, so I will watch it. Season 4 of “The Sinner” I am working on and I watched the entertaining and quirky/humorous “The Watchers”

Right now been watching Andor, with Casa DeLuna and Skaarsguard. (Spelling). Its surprisingly good. Forest Whitaker makes some appearances. If you remember Rogue 1 the movie, is based on that story line with 12 episodes telling the story leading up to the movie.

You should def check “Green Frontier!” just watched it again and it had new revelations. Its absolutely amazing! You knowing Buddhism you would def appreciate this series. 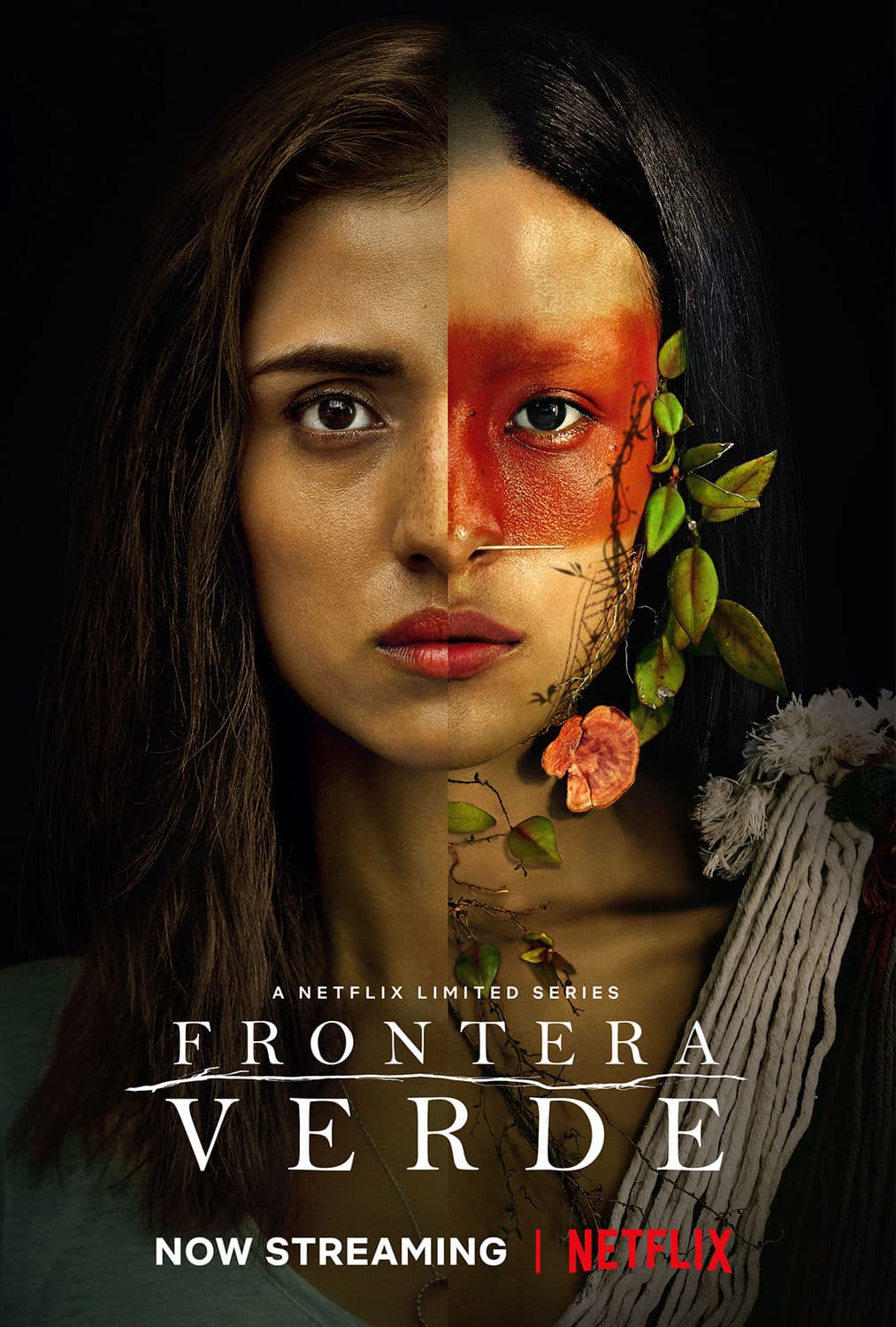 Here is a review of it to wet your appetite. I found this interesting, in that, it is actually being allowed in Hollywood…lol. I did hear about this on my twitter feed but did not pay attention to it due to it being Hollywood. It is true that social media is the architect of a generation’s soul. Unfortunately it usually takes another generation for such change to take effect and maybe Hollywood is starting to realize their revenue streaming is not what it used to be when they are starting to include “wokeism” into their latest scripts in a vane attempt to try to address the issue.