I wish there were more of these, especially on the Civil war. I always felt the previous Civil war movies were never very good at all, although there are some that can be considered that, but I always felt there hasn’t been a movie yet that has reached the level of lets say a “Private Ryan” where portraying the Civil War in realistic sense has been achieved. Can you list the ten best Civil war movies ever?

The only movies I can list is “Gone with the Wind” and “Ride with The Devil.” The latter is one that I found to be closer to anything I ever watched that had a sense of realism to it.

What about Gods and Generals and Gettysburg? I ended up thinking they were pretty great

Monte Hale (in Giant) the lunatic child molester had some kind of strange relationship with James Dean. 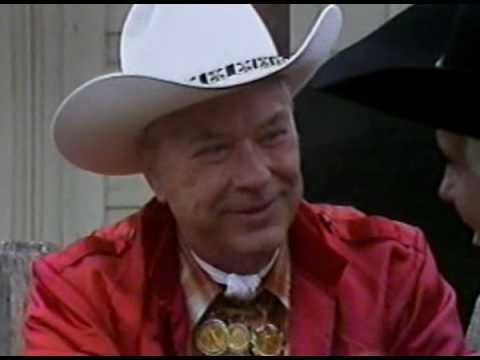 Yeah they didn’t do anything for me. Jeff Daniels, Robert Duvall, Martin Sheen? No thank you. I mean they were great in other movies, but too Hollywood for me, and too many staged long speeches in some.

IMO the only movies so far to which I think were realistic were State of Jones, and Ride with the Devil. Some say that Gone with the Wind had some really good portrayals but no war scenes. IMO there hasn’t been a complete film on the level of Saving Private Ryan that portrays a realistic aspect of the Civil War. Like a real story, one that we can actually believe.

I have no doubt, and might explain Dean’s eccentric personality.

Funny how movies of the past reflect a poetic meaning that is relevant to today’s discourse. Revisiting the "Lord of the Rings Trilogy and learning of it intricate well written history has stirred my interest once again. Been watching these series on YouTube and to be honest is pretty good.

By “Nerd of The Rings” Channel I remember seeing when it was new. It has been hidden from view. Click to watch on youtube. Excellent thriller. This looks good! I am def watching this one!

I was surprised it was not streaming for a fee anywhere and I suspected some legal snag. After watching it after all these years, it’s was clearly being suppressed.

Interesting that the music was done by Quincy Jones and Walter Mathau makes an appearance too.

The book was written by Howard Fast–(a communist who also wrote Spartacus) To me it is not communist propaganda but anti madmen.

The opening sequence with the lights of the building turning off in sync with the music was brilliant and sets the rest of the film up.

“Isn’t there enough money in peace these days”

Such much to this film that parallels to today’s discourse. “Strange times we live in”, and “the world changing to the point what is upside down is now right side up”, etc., etc. (isn’t that we we are at now?)

Also that greed and corruption goes to great lengths to cover everything up.

The film’s music score oscillates between patches of orchestra “days of future’s past” (Moody Blues) to beatnik moodiness that lends to the ebbs and flows of the pacing of the film itself.

Shots of New York city and Central Park are interesting to me seeing I knew most of those places during my college years and looks nothing that anymore, especially that horse carriage tunnel I used to call it.

What was also interesting is the use of era’s colloquialism’s such as “Don’t take any wooden nickles”, “cabbage” (=Money) Or the people holding candles in an Manhattan office building during a blackout.

The film’s crispness tells me that it was shot in Kodak Stock before going to “Tri X”.

Gregory Peck is probably one of my favorite actors of all time, and I put him right up there with Lawrence Olivier, he always had such a commanding presence on screen. Who can forget George Kennedy in “Cool Hand Luke”

Have you seen this series yet? This is a must see if you haven’t seen it already. Truly mesmerizing and mystical at the same time. I am really hoping there will be a season 2, but given what I read about it, the difficultly in shooting this was extremely challenging. No haven’t seen it. I’m currently unsubscribed from Netflix.

Download it from bit torrent! You won’t regret it.