They are not even hiding it anymore. 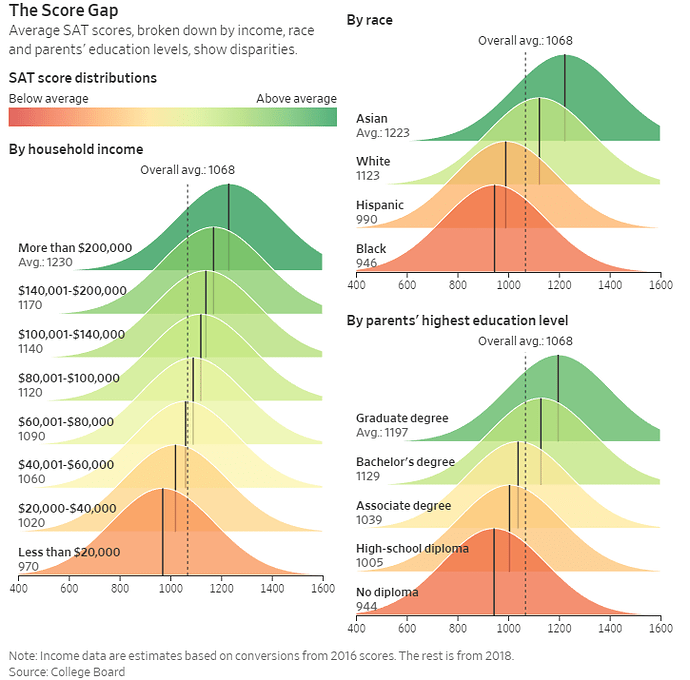 A new “adversity score” assigned by the College Board on the SAT exam will reportedly reflect students’ family income, environment and educational differences in an effort to level the playing field in the highly competitive college admissions process. The Wall Street Journal reported on Thursday that 50 schools used the new indicator as part of a beta test last year and the College Board plans to bring more than 150 schools into the fold this fall.

The College Board is a New York-based non-profit that is in charge of overseeing the SAT. A dialogue about wealth and privilege in educational institutions exploded this year in wake of the college admissions scandal, in which 33 parents were charged with paying huge sums of money to have their children cheat on the SAT and be admitted into top colleges under the false pretenses of being student athletes.

Each of the three categories has five sub-indicators that are indexed in calculating each student’s adversity score. Neighborhood environment will take into account crime rate, poverty rate, housing values and vacancy rate. Family environment will assess what the median income is of where the student’s family is from; whether the student is from a single parent household; the educational level of the parents; and whether English is a second language. High school environment will look at factors such as curriculum rigor, free-lunch rate and AP class opportunities. Together these factors will calculate an individual’s adversity score on a scale of one to 100. 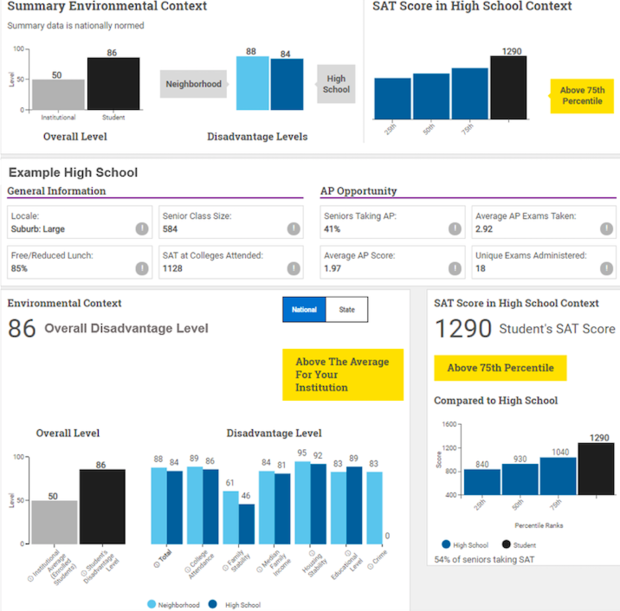 An example of the Environmental Context Dashboard provided by The College Board. THE COLLEGE BOARD

The Journal reported that this new score will appear alongside a student’s SAT score and will be featured in a section labeled the “Environmental Context Dashboard.” The adversity score’s formal name on the dashboard is “Overall Disadvantage Level,” but it has been colloquially called the “adversity score” by college admissions officers, per The Journal’s article.

In a statement to CBS News, David Coleman, College Board CEO, said in part, “Through its history, the College Board has been focused on finding unseen talent. The Environmental Context Dashboard shines a light on students who have demonstrated remarkable resourcefulness to overcome challenges and achieve more with less. It enables colleges to witness the strength of students in a huge swath of America who would otherwise be overlooked.”

The SAT is a standardized test that is broken into verbal and math sections. There is also an SAT essay section. The test has a total score of 400 to 1600, with each math and verbal section being scored 200-800. The SAT essay scores range from 2-8. 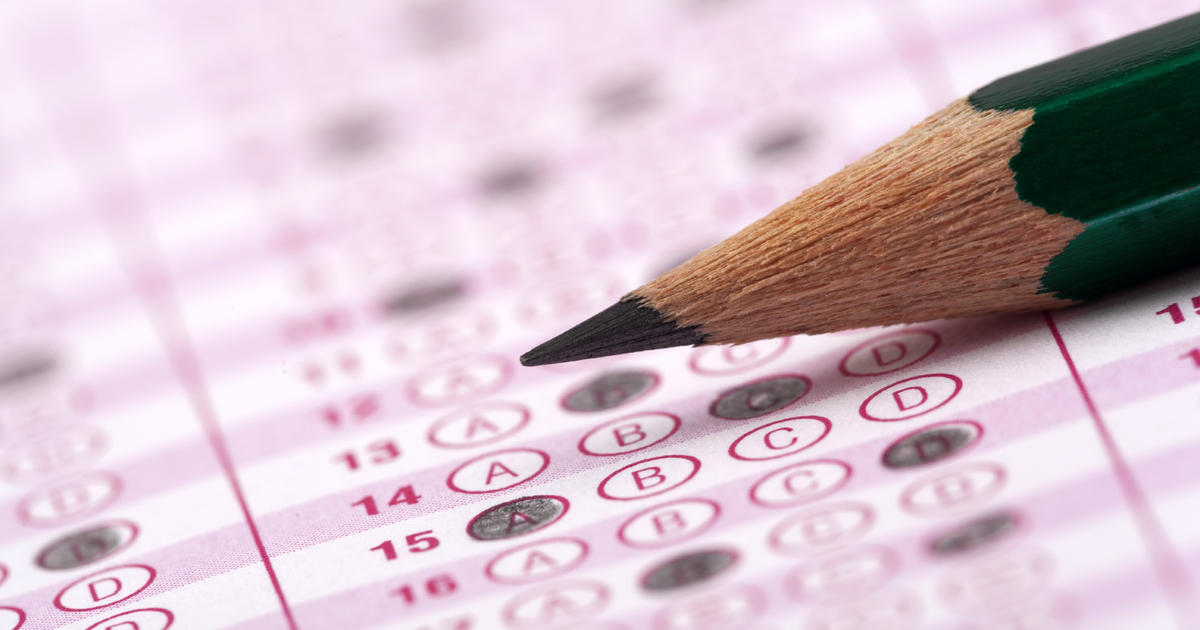 Guess who will be moving in with distant cousins in the ghetto when they take their SAT. Yep… anyone who wants a few more points. In fact, I predict a cottage industry that will provide such accomodations and addresses.

Why not just fix the damn schools in these areas.

What happens to kids from the middle class? Rich parents of any color will be able to buy their kid admission. Poor kids, who are primarily minority, will be able to get in just as easily as the rich kids.

just as easily as the rich kids.

In my opinion, rich kids don’t have to worry…their rich parents will get them in…at any cost. Just as that “[College Admission Scandal].
(https://www.washingtonexaminer.com/red-alert-politics/the-college-admissions-scandal-just-got-worse)”
The rich kids will get into any college of their choice - no matter what their SAT score was and how stupid they really are - courtesy of their parents.

Wow, an adversity score. Does that also make the as smart as the pool they jump in front of???

It’s nothing but a way to side step all of the court rulings rejecting race based quota systems for admissions.

Pretty appalling and shows just how useless the SAT has become as a measure of predicting academic success.

Wow, an adversity score. Does that also make the as smart as the pool they jump in front of???

So they will get free points twice…, once in SAT and then in the college.

BTW… I don’t like the way they are doing this because it can be gamed. But if there were a way to to differentiate two students with the same grades but one had to overcome adversity and the other didn"t then I’d give points to the one who overcame. But one can encounter adversity being wealthy and privileged too… suicidal parents, divorce, sickness, etc. So in the end, this is just more free stuff to try to keep the inmates from taking over the asylum.

But that’s not how it will work.

One will have a 90, the other an 80. Adversity points awarded and the 80 is now 95 and gets the open slot in college.

Social engineering at its finest.

In the same year, the college board i.e. the SAT has showed that:

Way to punish people for making the right choices that not only benefit their children but society at large. What a bunch of bullshit. And colleges were already taking this into consideration, my daughters college applications had questions asking them to list the adversity they had overcome. Why the hell should my children be punished because I gave them a life free from adversity again?

I mean it’s not enough I have to pay hugely inflated tuition costs to cover reduced and free admission for the poor? Which begs the question, if you only let in the poor people who faced adversity, who is going to pay for their education?

This is really stupid.

Instead of raising the bar in education we’re now going to lower it to accommodate “adversity”.

The race to the bottom continues.

Don’t forget the free ride for the football/basket ball players who think they should be paid for playing a game as well as getting a free ride.

If you’re an idiot, you’re an idiot; and all the test juggling in the world will not change it. It’s called reality. Sooner or late, you will be expected to produce in the real world. My wife worked ER & ICU. She was at a code, and the doctor was from India. He went into a dead panic; but my wife & the other nurse saved the guys life. Where do some of these foreign doctors get that medical degree? And not just foreign doctors. My wife straddles the guy & did the chest compressions; while the other nurse bagged him. The guy wakes up & sees my wife sitting on him with her skirt up to her waist. He says: “Am I in Heaven?” True story.

Why not give points to the really stupid? Think of the adversity of trying to study with a low IQ. That will really elevate the level of quality we get out of our schools.

I remember back in the late 1990’s, some states tried (and some states have successfully) passing the Common Core program.

Adversity scores… hopefully straight, white, Christian, males get the most points as they are currently the most oppressed group in the US.

Be prepared for the standard troll from the left saying " when will straight white man catch a break?"