With the new additions we have an echo chamber.

As Aleksandr Solzhenitsyn reminds us, the line between good and evil runs through the heart of every person and a just cause is the most seductive nourishment of baser parts of our soul of the abyss within.

Why the hatred for people of the ■■■■■■ faith or the christian faith or Muslims?

I don’t want to contribute to derailment of this thread, while I’m no big fan of selling out to Israel, or those that make Israel and ■■■■ in particular as root of all American problem. They are idiots.

While some see ■■■■ as a threat, I see the reminiscence of Soviet Union as greater threat then any ■■■■ For it is that what permeates our society that breads discontent that we are witnessing today.

And then we see the greed of those that support China even to a point of selling out American…some will say that’s a ■■■ thing. No…it’s just plain greed and yes the very nature of capitalism itself. Selling one the rope to hang themselves with.

So IMO those that are focused on Israel/■■■■ are missing the bigger picture and ignoring the real threat. They had bough into there strategy of divide and conquer.

This is a privately run forum. Freedom of speech need not apply here. There is no requirement that the hate and lies being spewed by anti-Semitic assholes be tolerated, that is entirely up to the sponsor.

…and the sponsor has stated in many places that this site promotes FREEDOM OF SPEECH!

That view point is admirable, but it won’t stop this site from becoming known on the Internet as an anti-Semitic hate site similar to StormFront.

It is also noteworthy that “sound argument” is subjective. Repeating the blatantly false evidence found on various anti-Semitic and conspiracy web sites does not constitute a sound argument. Those of us who spend time here know the difference, but the people doing internet searches who end up here do not. It is from those people who the reputation of the site will be formed. When they see a predominance of that crap being bandied about here, it doesn’t matter that a few of us are challenging it … they will see it as the theme of the site.

But hey … if that’s okay with you. I and others who are getting fed up with that crap can always leave, right?

It wasn’t free speech that took over the Hannity site, it was abuse of the rules by one politics segment and overt tolerance by the moderator staff of that abuse.

What do you suggest?

I have a solution that I am prepared to deploy later today for a pilot test phase. It will be applicable to all members and active on all of the public threads…at all times.

I could even activate it in the private areas such as RH, GC, and Fireside Chat so folks can enjoy the full effect.

Would you prefer an echo chamber?

No. I would prefer the truth. The constant onslaught of misinformation, distortions and outright lies that are repeated over and over even after being thoroughly discredited does not promote an honest discourse, it promotes chaos.

@Patriot
I suggest this discussion, from post #152 on, be moved to the Founders Circle.

That’s because it is. I have access to an algorithm that determines toxicity levels of public comments as they are being typed.

After the comments made publicly (and privately) about me and the site this morning, I’ve already built out the entire framework for deployment.

Once implemented, comments that are deemed to be toxic by the algorithm will not be posted. I can determine level of toxicity before I deploy it. My intent is to turn the dials to 10 for the initial test run. If folks want moderated speech that would make the SJW moderators at Facebook and Reddit envious…then so be it.

I am merely a humble servant here.

Oh I do plan on moving it @asaratis and merging it with a few threads floating out there in the ether.

I have access to an algorithm that determines toxicity levels of public comments as they are being typed.

This might help clean things up. Historically, any time someone mentions anything remotely critical of Israel the foul mouthed personal attacks begin to fly…it’s highly inappropriate and the very posters who are crying in this thread are the most egregious violators of the rules of this site.

Locking it and calling it a day is by far the most expedient solution. 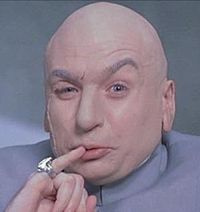 I know that. I am just pointing out the inevitable end of this thread if it continues to attract and become a haven for the hate filled anti-Semites.