I wish it was possible to distinguish Zionist ■■■■ (Israel firsters, along with nutty Christian Zionists) and American ■■■■ who are law-abiding decent citizens. For the sake of brevity, I just say “■■■■■ with a caveat that there ■■■■ who are anti-Zionist

BTW, Ginsburg was a Talmudic ■■■■ the worst kind

Please, go ahead and tell us as I’m sure it’ll be interesting.

Be sure and provide actual evidence from reliable sources to support whatever you have to say on the subject.

When ■■■■ speak about “tikkun olam” (Hebrew for you in case you didn’t know), it is euphemism for the New World Order.
Hello 1984. 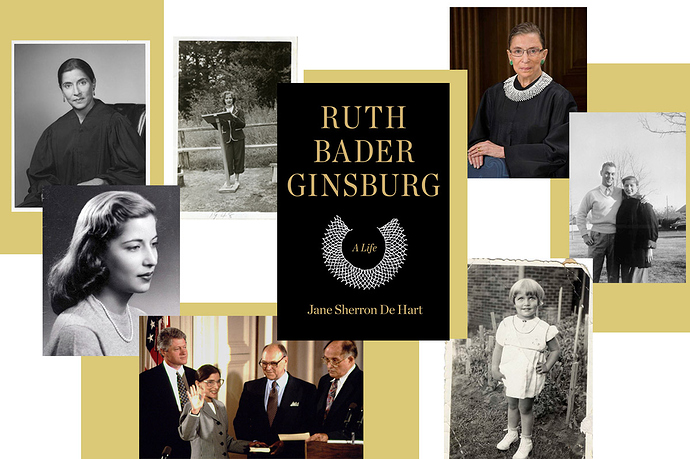 “When I first started interviewing her, if I asked her questions that she didn’t want to answer, she would just pretend not to hear them,” Ruth Bader Ginsburg’s biographer Jane Sherron De Hart explains to me. “She would just ignore them.” As Ginsburg...

I am new here and must say that this is a refreshing perspective. If more people shared it the internet wouldn’t be utter trash. I think people have grown too used to having their feelings protected online which has unfortunately carried over to the real world. When that happens you end up looking like the UK or the EU. It’s best to take the good bits with the bad and let the truth rise to the top. It always does.

There is another big picture. And that is people will leave the site because they are here to discuss politics, not read or argue with a hate group that continuously finds a way to derail threads.

The arguments have been countered, time and time again. I came into this thread and whaddaya know. ■■■ haters.

And if you are not on board with it you are called Anti-American/Cuckservative.

What are you suggesting?

I am suggesting that they are using Freedom of Speech to spread hate.

It needs to stop. People who want to actually discuss politics without the fringe element will leave this board and the chances to grow it with a diverse group of people engaging in discussions will disappear. Instead, you will grow the board with like minded people and be nothing more than a hate site.

That sounds Orwellian. You must understand that the former is an absolute while the latter is a well spread leftist talking point designed to chip away at the former.

When it can be proven to have merit that’s fine.

When it has been proven to be nothing but a load of hogwash time and time again? No.

Why, people… why… lol smh

…shall I also ban those critical of Islam?

The hell you say!

Now to your point on free speech…if I ban the individuals that you suggest as a result of their posts related to Judaism / Zionism shall I also ban those critical of Islam? How about those critical of Catholics?

You would have to ban everyone

I did not suggest bans.

And you are correct, Hannity became a far left site in large part because the liberals gamed with the flagging system. Which is why I don’t flag unless it is really, really bad.

To my knowledge, no one here plays that game.

How many threads does that enter into on a consistent basis?