Karma is a bitch! Ralph “Coonman” Northam and his buddy dressed up in blackface and a KKK robe as they proudly posed for a yearbook photo. 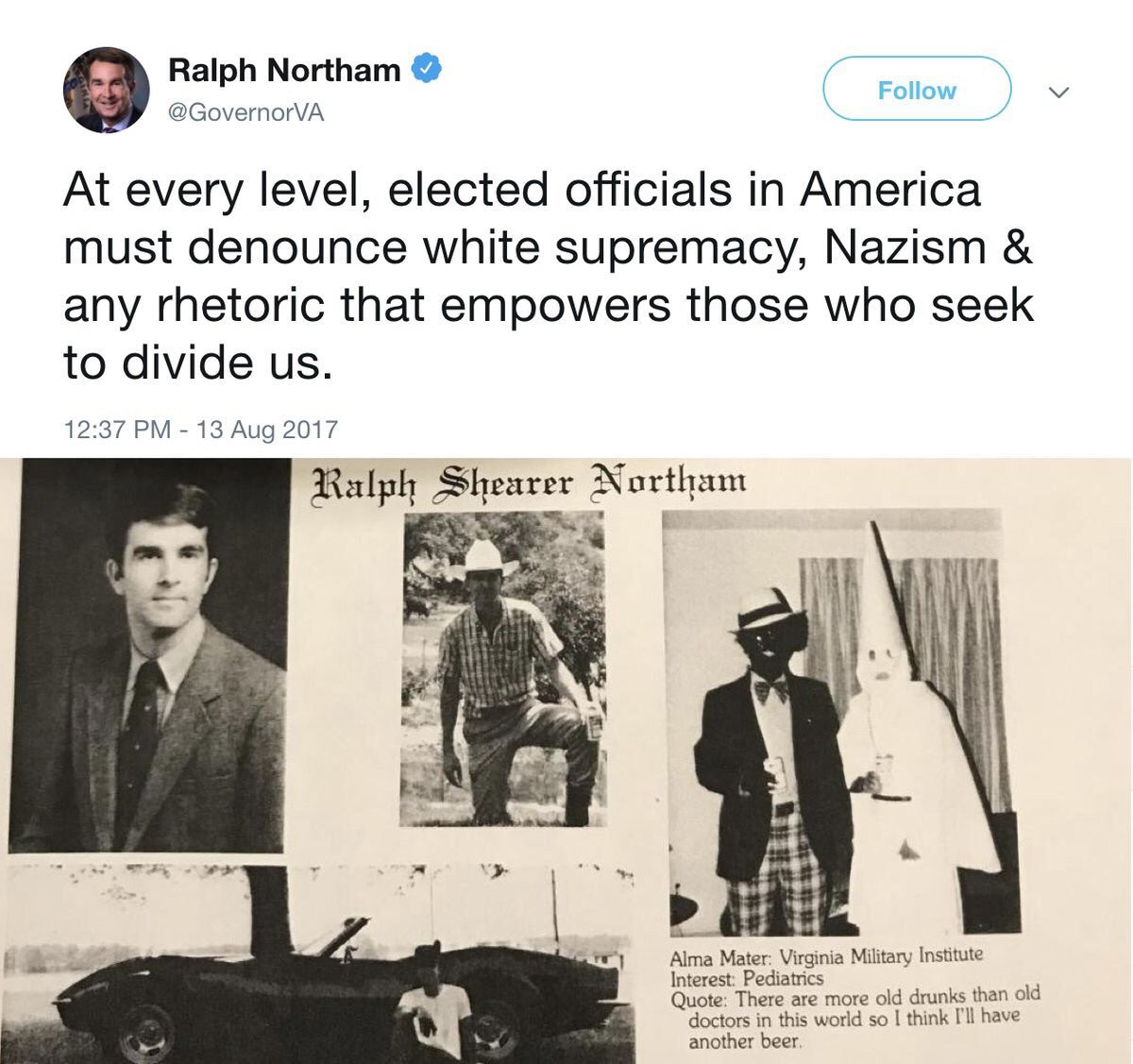 "Earlier today, a website published a photograph of me from my 1984 medical school yearbook in a costume that is clearly racist and offensive,” Northam said in a statement.

Interesting how all the people who “hate racists” and say “all racists should be punched in the face” on Twitter are NOT saying that Ralph Northam has a “punchable face”. Guess that it is true – if democrats didn’t have double standards they’d have no standards at all.

I’m torn on these issues. I really have a problem with the total ruination of someone’s life for doing a stupid that at one time in their life. We are all stupid at times. Even EXTREMELY stupid at times.

But do we need to publicly need to shame people, ruin their livelihoods and basically kick them into the gutter for every misstep they have made in their lives? And just why are we doing this?? To make ourselves feel more moral? More righteous? More intolerant (while being as intolerant as you can)? Is it because some can only feel good if they are pointing out the faults of others?

Honestly I don’t get it.

This is of course Reader’s Digest version of what I could write on this but I don;t feel like typing a novel right now, so you get this shorthand instead.

Because he got caught being a real Democrat.

Because he got caught being a real Democrat

No because the democrats do not tolerate this shit. You hold on to your Steve King. Let Democrats handle this one.

Yes. There are plenty of other Democrats who can be governor without this racist past.

I have no doubt he changed but this is just bad PR and shouldn’t be accepted in that type of position.

Don’t worry. Since Democrats were able to look the other way after Ralph Northam endorsed infanticide, I’m sure this KKK / black face thing will be no problem for them at all.

Found another picture of Northam in blackface… 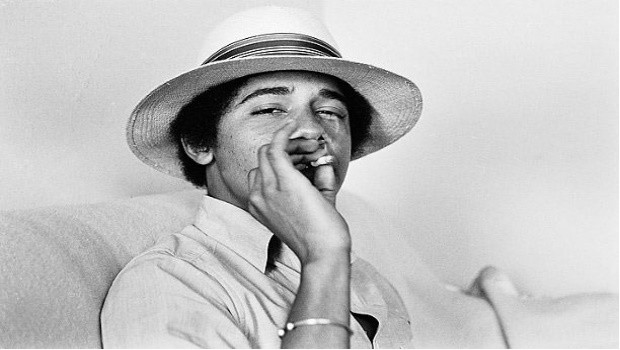 Don’t be fooled. I think this was a clever distraction tactic. We’re talking about racism instead of infanticide. Did Northam give the tip about pics?

Yeah…but leftists don’t care about him making the killing of babies legal, they’ll get their panties in a wad over this though.

One of your points is made up and the other is true… guess which one?

What’s weird is yearbooks scuttled Roy Moore. They were central during the Kavanaugh screeching.

But somehow THIS got overlooked by the GOP candidate who lost to Northam?

I think you might be on to something. This might have been his personal copy and he leaked it knowing it would blow over way faster than his infanticide comments.

I think Northam should be made comfortable while we have a conversation.

Because he got caught being a real Democrat

No because the democrats do not tolerate this shit. You hold on to your Steve King. Let Democrats handle this one.

What are you talking about? He was a Democrat state senator, Democrat lieutenant governor, and then Democrat governor. You people let him lead you until…whoops … he got caught.

You were fine with him… until he got caught.

Yep… its OK dude. I changed parties last year. I’m a Democrat now. He’s one of us. cooI. It’s cool. It was a joke. Blackface… hahahahahaga…KKK… Like Robert Byrd, the great Democrat senator who filibustered against the 1964 CRA and mentor to Hillary Clinton and… night rider terrorist of black people.
Own it brother.

Justin Fairfax, also a Dem would succeed him. He’s quiet, but most lieutenant governors are. Also being a Black man, it seems appropriate in a way.

Northam has apologized and is taking ownership instead of explaining. I’m glad to see that. But I can’t stand by him.

Whatever makes you feel good. He needs to go.

Libs would still voted for him even if they knew back in 2017.