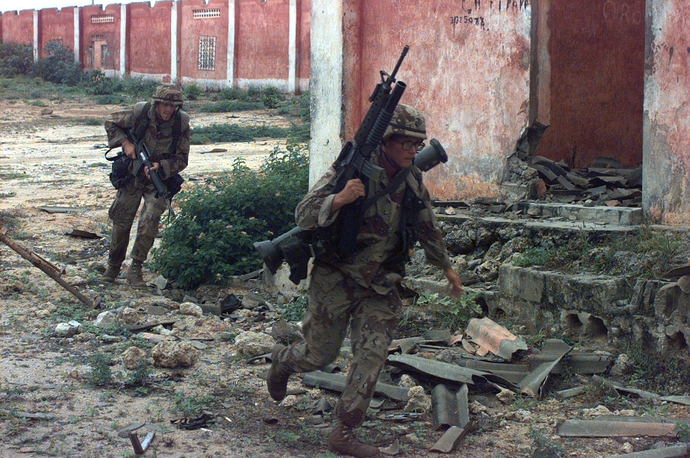 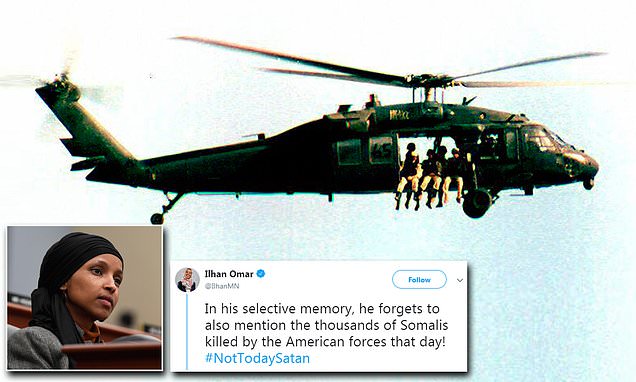 Ilhan Omar claimed US soldiers killed 'thousands of Somalis' in 1993

A Muslim congresswoman repeatedly condemned for anti-Semitic comments is drawing new criticism for attacking the U.S. military over its actions a quarter-century ago in her home country of Somalia.

I think that is used toilet paper she wraps around her head.

She is a stain on our country.

Step into this country with both feet and embrace it. Don’t keep one foot in and one foot somewhere else.

Killing Somalis is a good thing, tho. The world would undeniably be a much better place if we killed all Somalis.

Right. Because ALL Somalis are “bad”.

Paint with the broad brush that all American “Nationalists” are bad. For the libs the world would be a much better place.

Because the people who voted for her feel the same way.

Along with being a criminal, as you can see from her mugshot, Ilhan Omar committed immigration fraud by marrying her brother so he could get a green card. She is not immune from prosecution either. 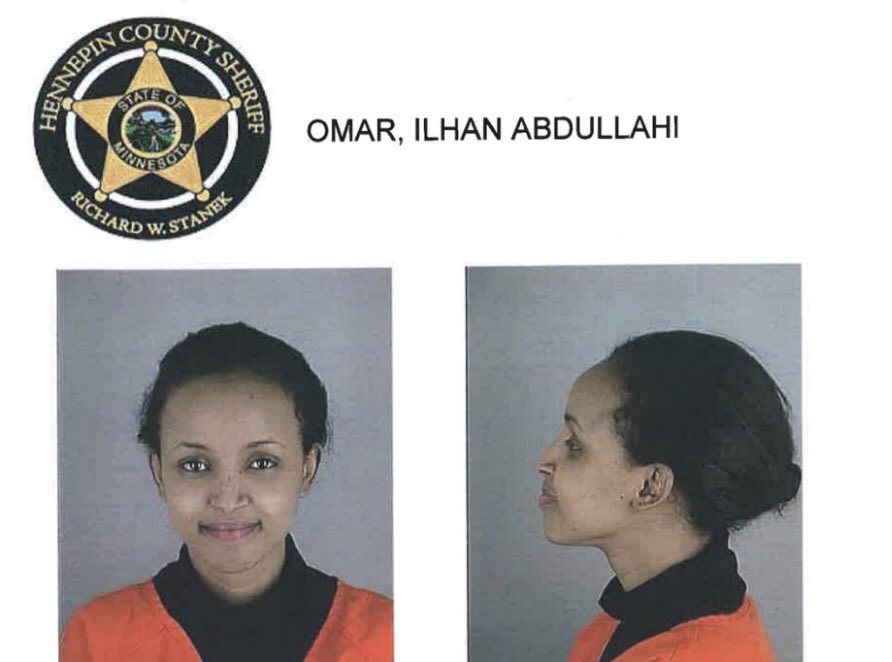 Omar and her family received safe travel and admission to the USA, Omar received an excellent education thanks to the USA… and today taxpayers pay her annual salary of $180K, yet this is how she thanks the USA… How many USA servicemen lost their lives because of HER war?

I had commented on this very thing the other day.

The Enemy Within US News & Politics

Some enemies have been elected to congress. https://www.foxnews.com/politics/ilhan-omar-claims-us-forces-killed-thousands-of-somalis-during-black-hawk-down-resurfaced-tweet-shows Strange that Bin Laden had the exact same complaint against America. In Osama Bin Laden’s November 2002 “Letter to America”,[5][6] he explicitly stated that al-Qaeda’s motives for their attacks include: Western support for attacking Muslims in [Somalia](https://en.m.wikipedia.org/wiki/Somalia), https://en.wikipedi…

Along with being a criminal, as you can see from her mugshot, Ilhan Omar committed immigration fraud by marrying her brother so he could get a green card

Crime and incest are just a part of Muslim culture you insane bigot.

The manner in which that trash has been acting of late , don’t be surprised to see her strap on a suicide vest !!!

People will say you are exaggerating. But if and when it happens, they will say “This could not have been predicted. She was so so loving and kind.”

She needs to be thoroughly x-rayed and searched upon coming within 100 yards of our national Congress.

And keep her out of the SOTU events!

If 10,000 Somali combatants had died that day I wouldn’t care. Just like I don’t care how many Germans died during the Battle of the Bulge.

If 10,000 Somali combatants had died that day I wouldn’t care.

It’s not like the US forces went in there with the intent to kill a bunch of Somalis. The body count was a matter of self-defense. Nothing more.

Hey, perhaps we should return the Somali’s in the US to help repopulate Somalia.

If conservatives acted like liberals, they would scream and wring their hands when this woman approaches. They would file lawsuits against Pelosi saying they feel threatened and vulnerable everytime this woman enters the room. They would hire people to wear the bloody garb of islamacists’ prisoners and soldiers fallen in Mogadishu and follow her around silently wherever she goes.

This is how the left behaves. Maybe we should fight this bitch of a hate filled fire with our own fire.

Maybe we should fight this bitch of a hate filled fire with our own fire.

While you guys have been busy screaming “NAZI” at a few of us…this is exactly what we have been saying.

I’m not confused at all. She’s not ethnically European. Even then, that’s not really a problem so long as America once again becomes a majority European nation. However her religious connections and fraudulent immigration actions should be concerning to all.

And…yes, we should be playing the identity politics game. Taking the moral highground and pretending like race and culture doesn’t matter has got us in the mess we are in with a full-on third world invasion sponsored by the left.