Absolute bait thread to get the mods to ban who they want. 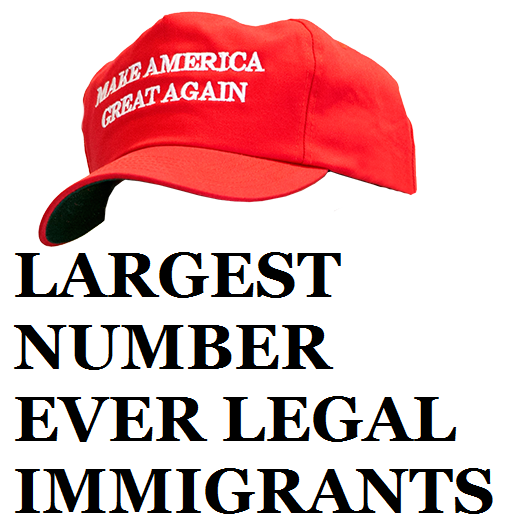 You can blame that on the Democrat Party…not on Trump.

Since this is a bait thread I decided to drop some bait as well. You took it.

Reading the OP, I think the guy is asking an honest question, not baiting. Why would he bait having only been a member for a few hours. The only baiter and troll here is the same ole’ usual one, starts with a monte and ends with a cresto

Oh, and if I get banned for stating the obvious, thats okay.

Not so. You made a stupid innuendo and I countered it.

How so? Check your bifocals. 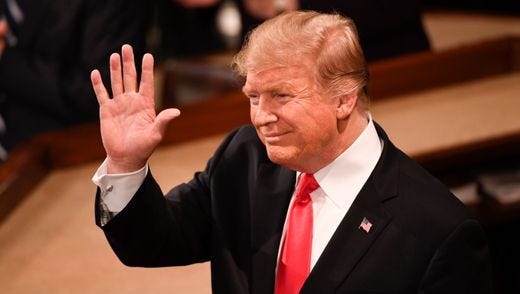 My bad. I misread your meme. It registered “illegal” immigrants the first time.

You can blame the high influx of ILLEGAL IMMIGRANTS on the Democrat Party.

The topic question has been answered. Perhaps the thread should be closed.

I only have two questions:

I am new here, signed up about an hour ago. Several of my posts have disappeared already. Can an administrator look at the posts and tell me what happened so I can stop it? Thank you very much

It’s clearly a dilemma that we face. There are some who use “free speech” as a weapon … not a weapon of information but a weapon of lies. So what are we to do? We are told to post more truthful information to counter the lies.

The liars can exploit that. Say they post some absurdity as “Winston Churchill was a rabbi of a secret order of ■■■■ who wanted to start WW2” and with the claim, they post fake evidence like pictures of documents, photoshopped photographs of Churchill wearing Rabbi garb, “eye witness accounts”, etc. One could construct such supposed evidence in a few hours, especially with the support of like-minded liars who have ready-made lies published on websites.

So now to counter this effort, one is now faced with many many hours of gathering referencable documentation about Churchill, searching for evidence of existence of the supposed eyewitnesses, performing imagery analysis to refute the supposed photographic evidence. Etc.

Or you say nothing, allowing the lie to do its intended damage to the minds who may read it and form an actionable hatred in the future.

Or you call the liar on it by challenging his integrity and motive.

Here, the latter approach can be construed as an attack and your post is flagged.

I dont know how to counter the liars. I’m not much of a flagger (yet) and I’m not an advocate of a ban simply because we dont like the position that the liar has taken. But at some point a mod can put aside the substance of the lies - which by themselves should not warrant penalties in the forum - and detect the trolling behavior that is propagating the lies into the forum. Now trolls have been banished. And it is on THAT basis - in my opinion - that consistency in moderation requires that certain liars be banned… not for the lies per se, but for the constant troll-like flow of their posts into the forum.

Personally, I’m baffled by the fact that the process of identifying trolls is apparently on hold when the troll is posting certain topics. It makes me think that there is support from the mods for the kind of lies I mentioned. And that would be their prerogative. It is their forum. And we who are not so devilish are apparently easily fooled by their facade.

Where can I invest money in a Zyklon B factory, and

Just flag it and move on. The lies and insanity are now epidemic.

I agree with most of what you say. However, assigning any complicity to the site is errant. Supporting and offering free speech does not conflate to supporting the speech posted by users.

As has been explained several times, free speech here is offered to all, within the bounds of the forum guidelines. There are taboos on a short list of offensive language against other members, but hardly any taboos on offensive language directed toward public figures, philosophies, ethnic groups, religions, nations, et cetera ad infinitum.

What some, including I find difficult to refrain from doing is calling a vile poster the sorry, lying piece of shit that he/she may very well be. Respecting their right of free speech does not mean we have to respect them as a person. This is a catalyst to personal attacks. Our human nature drives the impulse to fire back with insults, as if this somehow makes our point more credible. It doesn’t.

So we either have free speech and learn to deal with all that comes with it…or we limit speech.

…and I have confidence in Patriot’s ability to resolve the major issues…one at a time.

One could argue that it is you and your behavior that is trolling. Same for a few other pearl clutchers. People like you get those on the right kicked off of social media, deplatformed, and demonitized because of your constant complaining.

You aren’t required to comment on threads you don’t like. You choose to piss in everyone’s Cheerios. Why don’t you just stop?

I suspect that trolls will be the first issue resolved.

Indubidubly I does! I believe in suspending them for a thousand years. I get elated every time the hammer drops on a worthless, piece of shit troll!

Do it! As I am sure a majority of people would like nothing more than you putting us on all Ignore!