Trump already declaring he will work to keep DACA invaders in America if the supreme court rules in his favor has finally made Queen Ann say ‘fuck you’.

Not sure how much more he expects his supporters or America to take.

Everyone’s starting to awaken to the lies - beautiful. Trump has become a cult personality, and not a serious politician.

I’m thinking that he was put in to galvanize the left and allow them to go full Marxist. Everything is just so out of control. These people weren’t nearly this crazy when that Kenyan Muslim was in the WH or when that fucker Bush was in (aside from the global protests when he started bombing Iraq at the behest of Saudi Arabia and Israel).

Not gonna lie, that tweet earlier pissed me off. 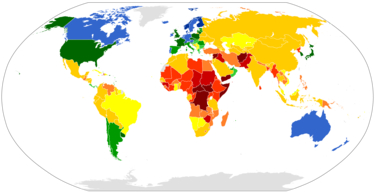 A failed state is a political body that has disintegrated to a point where basic conditions and responsibilities of a sovereign government no longer function properly (see also fragile state and state collapse). A state can also fail if the government loses its legitimacy even if it is performing its functions properly. For a stable state it is necessary for the government to enjoy both effectiveness and legitimacy. Likewise, when a nation weakens and its standard of living declines, it introduce...

Loss of control of its territory, or of the monopoly on the legitimate use of physical force therein.

Exactly. It riled up the last remaining staunch Americans and broke their spirit. Not to mention led to Americans being publicly humiliated at his rallies with leftist attacks along with being conditioned to not want to outwardly show support for America (ie MAGA hats) lest they be randomly attacked with no reprecussions. We also had c-ville which became a major rallying point for the left to crush whites along with the feds to treat any white, pro-America group as potential terrorists.

If Ann Coulter sides with Fuentes publicly, along with Malkin, and who knows, MAYBE even Tucker, then this swell of righteous anger is gonna get big. Trump deserves it, no question.

Probably why Trump has basically denounced white people at this point.

We have limited time. Trump has a good chance of actually losing in 2020. At that point they will be lumping any of his supporters together and will stage or instigate actions that will give the new President the justification to enact sweeping gun and hate speech laws. I can see it coming. Then off to the gulags we go. This America First groundswell is most likely our last chance to bring attention to the pertinent issues.

I’ve been watching Trump’s speeches and he literally has his base in some kind of trance. They cheer for 5G. They think he is America First and the whole thing is fake. Political theatre.

We have to get involved heavily to get our voice into the narrative and I see it happening with Nick Fuentes and the Groypers thank God. We need to get behind this sudden energy and PUSH. The only way we can win is if we are playing.

The red flag laws are a huge victory for the left and will be selectively used against any white person not in line. Flying a confederate flag? Red flag. Acting too macho? Red flag. Telling someone to go fuck themselves if they call you a cracker? Red flag. Make the wrong kind of internet comment? Red flag.

I’m personally tired of the speeches. Its the same shit over and over. Its all talk and NO ACTION backing it up. One thing positive is that his presidency has clearly drawn lines between the right and left and has set us up nicely to slice each others throats. There is no such thing as middle ground anymore, especially with the radicalization and fierceness of the left in both DC and the govts among our states and cities.

If you go to the main Mediaite article, look at how the leftists are cheering on her post in the replies. The left is loving Trump’s concessions and weakness on his promises, which proves Charlie Kirk and friends are the ones who are weakening the MAGA movement and have been the whole time.

Not one time did that Kenyan bow down to the right. In fact, he only doubled-down after he used the IRS to destroy the Tea Party and was found out to of had armed Mexican cartels in the fast and furious scandal. Compare to Trump who spits in his base’s eye and is constantly seeking to appease the left while they run Soviet trials against him and destroy the law and order established by our forefathers.

2020 is going to he an absolute shit show. I honestly hope our own Hong Kong civil war kicks off.

Well it definitely will be an interesting confrontation.

Trumpists, cuckservatives, Christians, American nationalists etc on the other side.

We win. But I do believe there will be a lot of sabotage from (((them))) on both sides as well as the potential for foreign intervention.

As if anything anything a pundit says matters including the extremists in both parties.

Unfortunately the easily manipulated n both parties listen to the nonsense they spew.

Anyone given any thought to the idea that maybe POTUS knows that the Dems will NEVER GIVE ONE INCH or make a deal with him, even if its to save beloved dreamers? So DACA ruled unconstitutional, they of course refuse the much talked about “deal” , the ingrates get sent the fuck home anyway…while at the same time making the Democrats look bad to their illegal loving base?

That’s been apparent to the administration for the last 3 years. Unfortunately He has caved pretty much every time.

I would have bought that argument during his first year in office. We are now on year three. He is quickly running out of time to get some massive stuff done.

I couldn’t agree more but still hold out a small amount of hope. Some horrible appointments, poor advise by said appointments, and deep state fuckery has blocked alot of what i truly believe he would have gotten done. ZERO EXCUSE not to completely clean house the minute he got in, and only hire new blood non lifelong political hacks to advise. I really don’t know if he understood the depth these fucks would go to to stall his agenda, but he sure as shit does now.

At this stage he really should not be playing by the rules that both the Democrats and the RINOs are making up on the spot and changing as they go along. Trump has wasted so much time and opportunity getting bogged down with a lot of trivial crap and big talk. As the president he’s not the one who’s supposed to be doing the work, it’s all of the people under him who are supposed to be doing it. As a businessman I would expect him to be able to get significant results out of people and maybe he needs to start running the government like a businessman and not like a politician. No matter what he does they are going to go after him so he might as well go gangbusters.

What a joke. A stumbling, bumbling self-deluded fool. 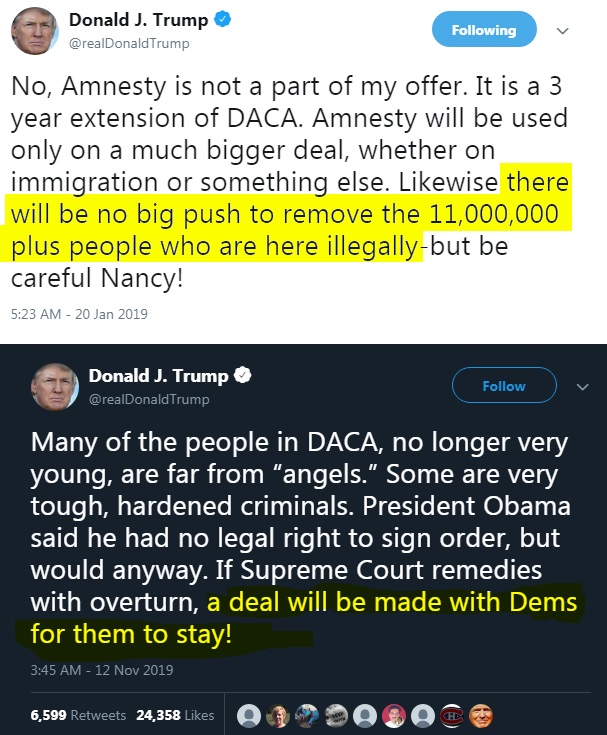