Pundits and Thoughts on Them

I am intellectually superior to anyone who regurgitates pundit vomit.

You posted “Yes… but the ones I like are exceptions!”

by creating a shit tier thread

Why are you here?

Do you have likes and dislikes?

Of course I do! But based on your argument “likes” are evidence of confirmation bias.

So what is your confirmation bias? 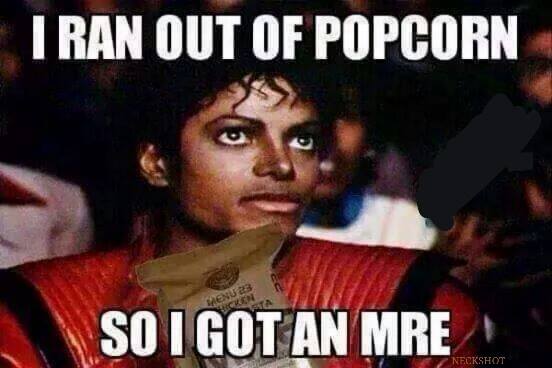 His likes are different because they are a part of his philosophy that doesn’t have a side.

Everyone else is just wallowing in their confirmation bias. He is unique and special.

I’m sorry, I missed your question.

My confirmation bias is the same as yours.

Oh no, my likes are different because I honestly do not care if anyone else in the world agrees. Honestly.

How is confirmation bias anything more than a linguistic trick to dismiss evidence?

It was a notional example. Way to move the goal post though

Today is the 12th day of Jumada al-awwal in the 1440th year, A.H. according to the Islamic calendar.

You are mistaken sir. I moved no goalposts.

I simply asked you if it were possible to confirm a different bias using your example.

And you responded by accusing me.

Year of the Pig…

I did provide evidence. I was in the course of editing my post. Anyway - you didn’t address my point.

I’ll start with the ones on the right.

The Big Names are NOT conservatives. Hannity, et al are Big Government Republicans.

They are a huge part of the problems in this country. They promote and live on hyperbolic bull shit.

If we would all stop listening to them, we’d be better off.

I generally agree with this.

But I don’t thin ‘Big Government Republicans’ is quite right.

Hannity, Fox, Rush et al. made quite a good living pretending to be for smaller government and less spending for the 8 years of Obama’s tenure…

They are not big government republicans ALL THE TIME. They are Opportunist Republicans, comfortable changing positions to suit the times and deliver ratings.

Truly, their politics is, whatever delivers the eyeballs and ears.

When is the last time the most popular right wing pundits talked about the deficit and debt? I don’t listen to Rush Limbaugh or Sean Hannity, but I do listen to Fox news while in the car, and I read Fox news website, which references Sean Hannity’s show quite a bit. I can’t remember the last time I heard any talk of it.

I read a news story about Sean Hannity and other Fox News personalities speaking regularly with Trump. I wonder if that includes the hosts of the Fox morning sho, which I listen to occasionally on my morning drive. Particularly Steve Doocy.

That show is remarkable. the whole program seems designed to prop up Trump’s agenda and popularity. I believe they have mad the judgement that it is in their financial interest to create a show that panders to Trump, so that Trump’s base will watch…

Somewhere in between the Age of Pisces and Aquarius.