Promises Kept! Trump is the Greatest President Ever!

Donald Trump is the greatest president in many decades. Who can deny all he has done. Let’s start ticking off, posts by posts, everything this guy has done in three short years.

President Trump is unleashing economic growth and jobs. Since his election, the Trump administration’s pro-growth policies have generated 6 million new jobs, the unemployment rate has fallen to its lowest point in 50 years, and wages have grown at more than 3% for 10 months in a row.

President Trump signed an executive order that expanded federally funded apprenticeship programs and on-the-job training, to provide an alternative for those looking to gain in demand skills that lack the resources to attend four year universities.

The Trump administration prioritized the economic empowerment of women at home and across the globe.

In his first year in office, President Trump took action to protect America’s critical steel and aluminum industries, which were harmed by unfair trade practices and global excess capacity.

Upon entering office, the Trump Administration began renegotiations of trade agreements that contribute to the U.S. trade deficit and harmed American workers.

The President kept his promise to roll back the Obama Administration’s bad deal on Cuba that benefited the Cuban regime at the expense of the Cuban people.

The Trump Administration made enforcement of U.S. trade laws a top priority and has continually exercised its ability to block harmful trade practices and exchanges.

The President’s Administration conducted 82 antidumping and countervailing duty investigations in 2017.

CRACKING DOWN ON CHINA FOR ITS TRADE CHEATING

The President directed his Administration to consider a range of actions to respond to China’s acts, policies, and practices involving the unfair and harmful acquisition of U.S. technology.

In August, the Trump Administration launched an investigation under Section 301 of the Trade Act of 1974 into Chinese acts, policies, and practices related to technology transfer, intellectual property, and innovation.

The investigation concluded that China forces U.S. companies seeking to license technologies to Chinese entities to do so on non-market based terms.

The investigation concluded that China directs and unfairly facilitates investments and acquisitions to generate large-scale technology transfers from U.S. companies to Chinese entities.

The investigation concluded that China conducts and supports cyber intrusions into U.S. companies to access their sensitive commercial information, such as trade secrets.

In response to China’s rampant trade cheating, the Trump Administration has placed 25 percent tariffs on approximately $250 billion worth of products that are supported by China’s unfair industrial policies

RESTORING AMERICA’S FOREIGN POLICY: President Trump has gone around the globe working to restorebolster our allies and restore America’s prominence in global diplomacy

President Trump traveled to the Middle East and Europe to solidify relations with our allies in both regions and to push for greater commitments and cooperation.

President Trump visited Poland and a meeting of the G-20, where he pushed for closer cooperation and American First policies.

Under President Trump, the United States has worked tirelessly to combat extremism and stick up for religious minorities.

Rolling Back Job Killing Regulations:
President Trump is rolling back wasteful and costly regulations that have stood in the way of hardworking Americans.

President Trump signed an Executive Order, mandating that two regulations must be eliminated for every regulation created in order to reduce compliance costs.

Throughout 2017, President Trump has made good on his promise to cut red tape, and in doing so has reenergized the United States’ agricultural, energy, and infrastructure sectors by freeing them from oppressive and stifling regulations.

According to a study by NERA Economic Consulting, if we implemented the Obama Administration’s plan under the Paris Climate Agreement, it could have cost the U.S. economy more than $3 trillion annually and 6.5 million industrial sector jobs by 2040.

President Trump signed an Executive Order that reduced the time it took to approve infrastructure projects from 10 years to two years.

Just a few short months ago we achieved FULL employment. That’s right. 3.*% is considered full employment because there is no such thing as pure 0% unemployment. Trump achieved this number never seen since John F. Kennedy was president. 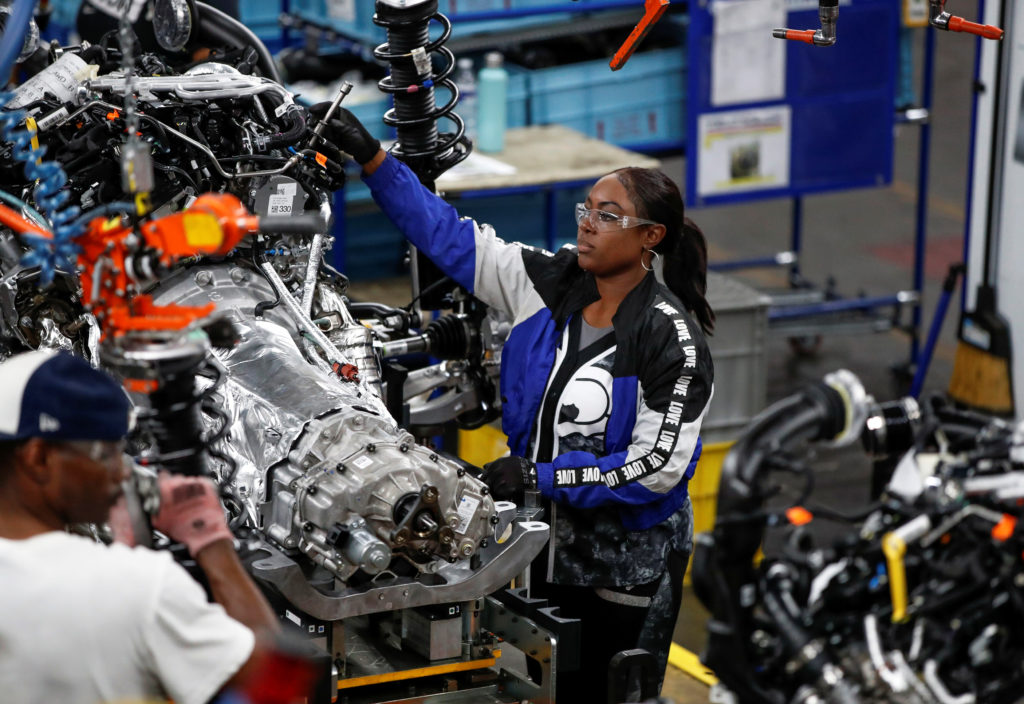 The U.S. unemployment rate fell in September to a new five-decade low of 3.5%, while employers added a modest 136,000 jobs.

Then came the Covid virus. 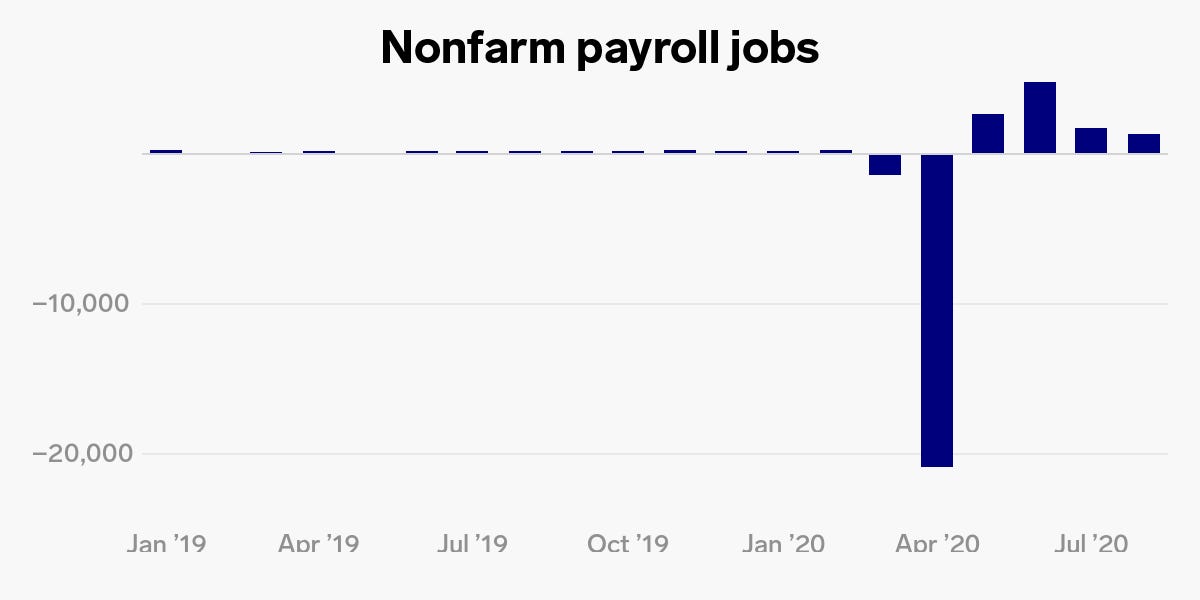 The report gives the latest snapshot of the labor-market recovery during the coronavirus-related recession.

Trump worked a miracle once and now he is starting to repeat it. The fact that this is happening while Dem governors still have shutdowns, and we have riots, and fires are happening, and the Congress is against him, this is a testament to the greatness of this president, and the resiliency of the American Worker. Earlier today President Donald Trump held a press availability to announce the list of names he would use to select the next Supreme Court nominee. [List Follows Transcript]  Additionally, Presiden…

He is re-keeping a promise twice. Never done before!!

The judicial will be one of his legacies and that is why the left hate him! What they did to Kavanough shouldn’t be forgotten! I thought he was supposed to build a wall that Mexico was going to pay for and lock Hillary Clinton up?

He is and they are. Lay off the fake news.

and lock Hillary Clinton up?

Nope. He actually said he was not going to pursue those investigations.

You’re not very bright are you.

Not only is that a total lie, but it’s a dumb stupid lie. If you are going to a lie at least come up with something clever, not something this obviously retarded.

Wasn’t that your Nancy and chucky boy ? Does Chinatown ring a bell ? Does all the ranting about stopping flights into the US ring another bell , if I go on you will be deaf !!

You still didn’t answer my previous question as to how many deaths you think occurred as a result from Covid-19 ? Care to take a stab at it?

That would be the China Virus right?

Who was it beat blocked funding for wall construction???

That’s right it was the democrats in the House.

p.s. We have a due justice system. The elite have three where few ar held accountable and we have ours where driving impaired will land you in jail.

Not only is that a total lie, but it’s a dumb stupid lie. If you are going to a lie at least come up with something clever, not something this obviously retarded.

So now taking Trump’s own words about downplaying the deadliness of the Corona virus is somehow lying?