Trump is planning on quarantining New York, Connecticut, and New Jersey. This is what all the Alex Jones conspiracy types of the internet warned us about for weeks. Martial law is coming, America. How are you all going to act? When they come and take it will you be giant pussies about it and hand them over? 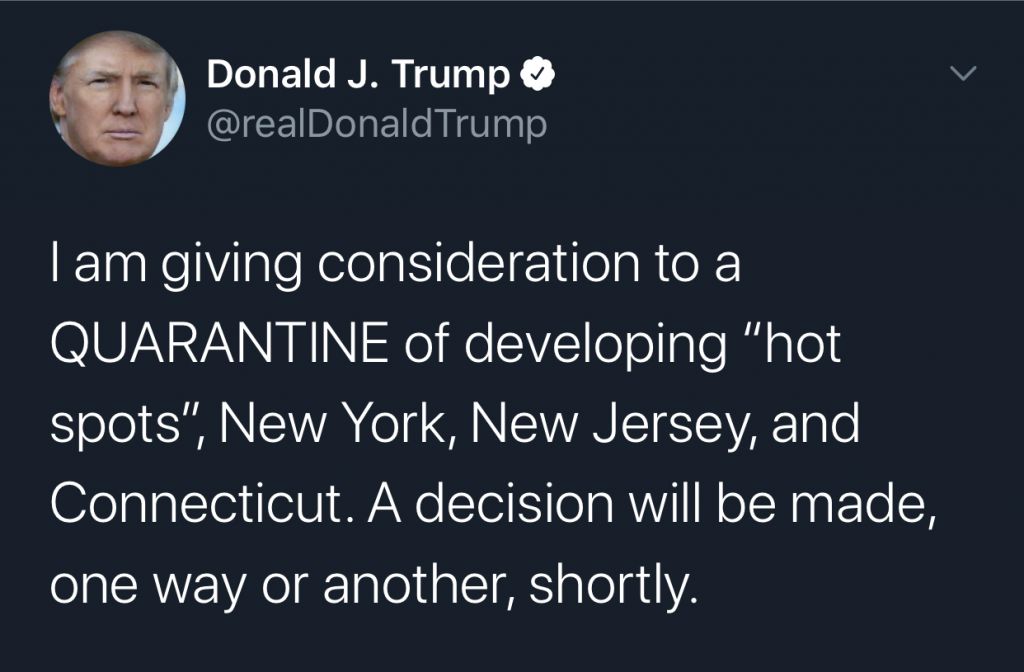 He should also quarantine California. It’s not as bad as the New York City metro area but it’s getting there. also, New York is a big state so I’m wondering if this quarantine would apply statewide or just to the infected areas?

When they come and take it will you be giant pussies about it and hand them over?

People in those states have already allowed themselves to be disarmed so it doesn’t really matter.

This quarantine is long overdue. New Yorkers have been fleeing the state and traveling elsewhere, which puts everyone in the states they are running away to at risk.

It shouldn’t be just in the major cities - but also in rural areas, too! Those are the ones that will be affected soon. Especially for those who travel from the burbs into the cities - and vice versa.

Tons of people from New York are “escaping” NY to other states, where they have other homes, or are going to motels/hotels, so they’re basically acting like the Chinese did, and intentionally infecting others in other areas to make matters worse. They should be put in prison.

Sort of get what they asked for. Proving they’re not racist by having huge Chinese New Year celebrations and pretending like nothings happening.

Trump should do it here in Michigan as well. These filthy mud slimes here are hoarding food and the grocers won’t stop them. The only thing they understand is a boot on their necks.

As part of the quarantine, these leftists must also be forced to wear biodegradable and organic masks. 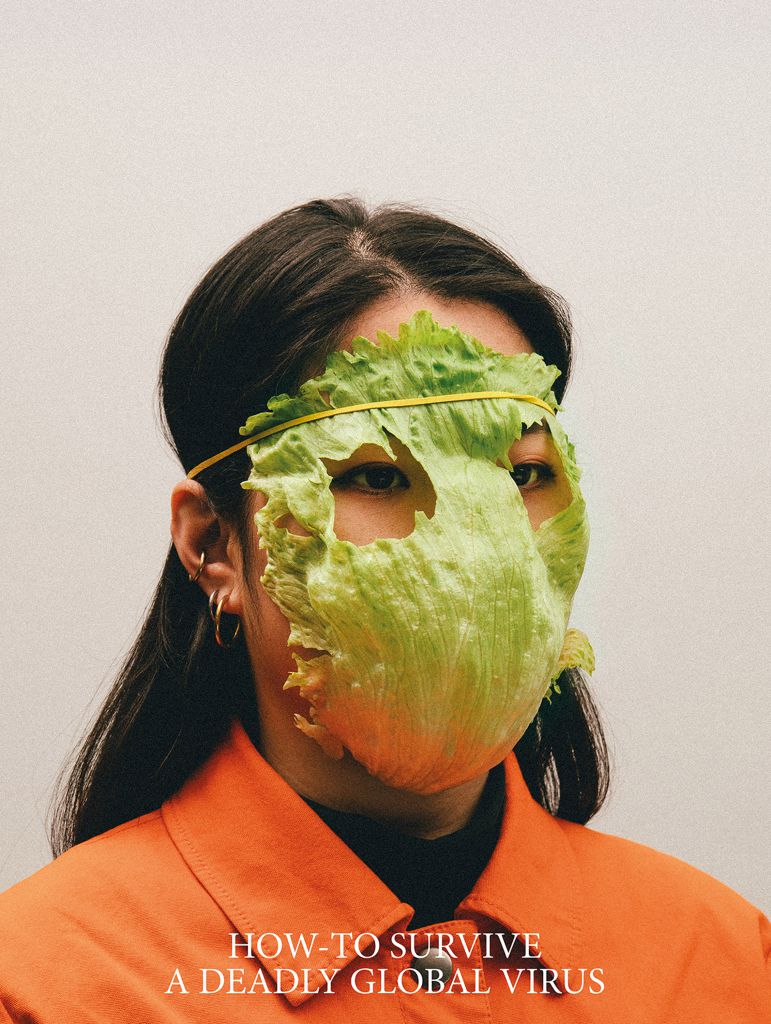 I just hope she sanitized that lettuce before she put that on her face. Lol

Here is the new US flag that all Americans deserve. 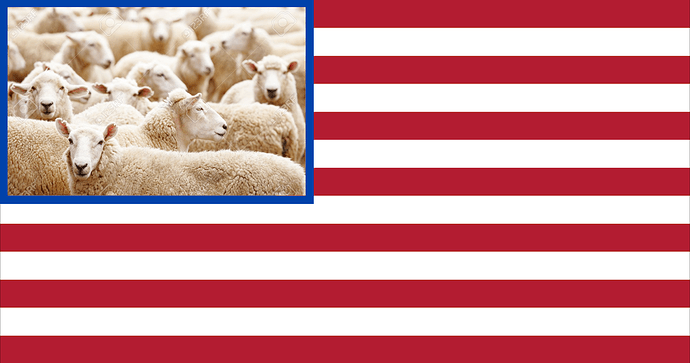 Motherfuckin genius! Quarantine New York for 2 weeks. Allow the rest of the country to function. The media and Dems would hate that and will force them to shut down the whole hoax within 2 weeks.

About time… I’d say that place needed a good quarantining long before the globalvirus showed up, but better late than never I guess.

I think gun confiscation will not be in the plan. That would start a civil war…and I would die fighting for my right that “shall not be infringed”.

President Trump will likely restrict travel to and from certain areas of the hot spot states.

This quarantine is long overdue. New Yorkers have been fleeing the state and traveling elsewhere, which puts everyone in the states they are running away to at risk.

People who live in States that are high risk deserve to reap what they have sowed.

DO NOT come to my State (Florida) to escape.

Florida is on the list as one of the next hot spots.

Quite frankly, I don’t want one of mine to be sickened because someone from a liberal State wants to find a safe place.

Truck drivers are refusing to go to NY and Florida was rating they don’t want New Yorkers in their State and they should stay the hell home ! Don’t you love sanctuary cities that don’t have a fucking clue .

Key West is turning back anyone who isn’t a resident.

Very wise and I applaud what they are doing.

It is about time that people who live in highly concentrated areas understand that those who don’t aren’t there to save their asses.

Don’t you love sanctuary cities that don’t have a fucking clue .

If “you” want to live in a sanctuary city then suck it up when the shit hits the fan.

Elsewhere being the places that city folk make fun of when they feel safe and secure.

I commend what the Governor of New Jersey said about the “Corona Party” bust that happened. He said, “This is not a game”.

People are so ignorant, that they don’t seem to either care they could be spreading it. Or they just don’t know. Maybe both.
Nonetheless, people should take this seriously. JMO