At what point are the Kurds going to stop requiring the protection of the US military? These guys are supposed to be the greatest fighters in the region. They can handle their own. We don’t need to be involved.

If the concern is over the ISIS fighters the Kurds have in a prison camp on our behalf…I don’t think there really is a need to worry. Turkish forces won’t bother about complying with US rules of engagement and the GC. They will just kill the bastards.

What the hell? He destroyed the Caliphate in 6 months along with most of it’s fighters.

They hold no territory, have no way to generate income anymore other than begging for donations, and they are being hounded out of existence wherever our, or our allies intelligence can locate them.

The Trump Tower BS is exactly that BS, he’s trying to do what he promised all along which is to get the US out of Syria and work with our Nato Ally Turkey. Trump has wanted our allies to pick up the ball instead of leaving everything up to the US since he started running for POTUS.

The are without a doubt the best light infantry force in the region if not the world but they need a hell of a lot of support from logistics to air cover.

They’ve saved us thousands of lives and tens of thousands of wounded by being willing to act in that role to aid US through three wars now and they’ve earned our support.

There’s nothing “gratuitous” about it.

The partisan lefty is going to complain about this because Trump is doing it, but would have defended Obama doing the same. You guys are defending it because it’s Trump, but would have made the same arguments against it that the lefty is now were Obama to have done so. It’s classic partisan bullshit.

I say let Trump get us out of Syria, A-Stan, Yemen and the other places were illegally at war.

Absolutely but the situation surrounding this gift to Turkey and birthday present for Putin should be cause for concern and that does not even include abandoning US allies, the Kurds. In addition, many reports state that US troops were simple moved not pulled out of the region.

Can you confirm that US troops were pulled out or simply moved?

The US had no business in Syria to begin with.

Don’t disagree but they are already there.

US planes during Obama were bombing deserts pretending to attack ISIS.
Russia joined in and finished in a few weeks what the US couldn’t (or didn’t) do for years.
After all, ISIS was the creation of Israel and CIA.

And need to be removed.

Currently they are only being moved, not removed.

My argument is that they need to be removed. There has been no congressional authorization or declaration. 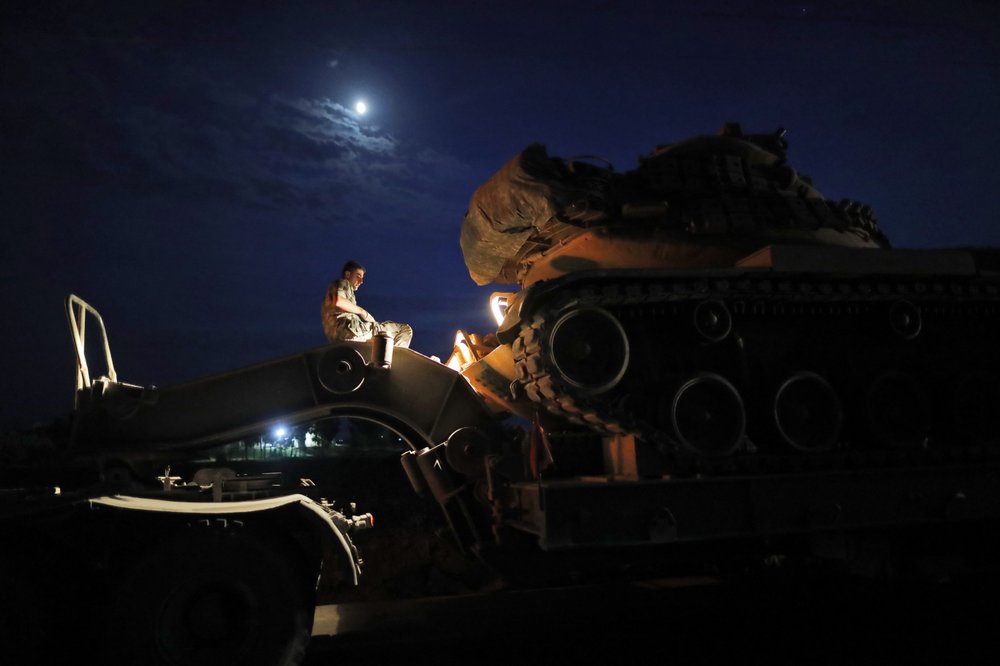 Turkish troops have begun an offensive in northern Syria, with potential for direct conflict with Kurdish-led forces allied with the United States.

^^^ To anyone that wants to research “the epoch times”…sorry folks, but it is a cult. Don’t fall for BS “media” shaping the minds of some prey.

People love to schill hard for their masters it so appears! Trolls will be trolls!

They are one of the best and most objective news sources available.

It turns out that the SDF was informed well ahead of time and agreed to pull back from their positions along the border.

The US has not withdrawn our troops either, the must moved them back out of that region and they remain in country.

After all, ISIS was the creation of Israel and CIA.

Da’esh (ISIS) was a creation of the UK and the USA, who invaded Iraq in 2003 for reasons that still appear to be egotistical. Having smashed any semblance of government infrastructure they (UK and USA) simply departed.

Oh! …look what happened next!