Polls indicated that Islam is overwhelmingly unwelcome in Germany

Despite over 95% of Germans polled saying Islam is unwelcome in Germany, Merkel will press on, bringing immigrants who will refuse to integrate and are unlikely to ever be of any benefit, causing a huge crime surge, especially rape against their hosts and in fact are causing other minorities to leave.

The evil cult of Islam is not welcome anywhere. Wipe Islam from the face of the Earth. 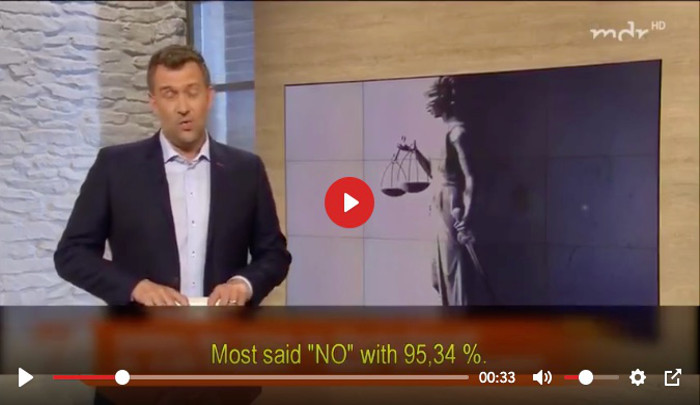 Poll finds overwhelmingly that Islam is unwelcome in Germany

Despite over 95% of Germans polled saying Islam is unwelcome in Germany, Merkel will press on, bringing immigrants who will refuse to integrate and are unlikely to ever be of any benefit, causing a huge crime surge, especially rape against their...

Mama Merkel just can’t help herself from trying to destroy Germany and Europe. The self-loathing is really strong.

Yet they remain and more are finding there way there every year.

When the people of Germany have truly tired of the Muslims, we will know it. Polls are not actions, they are quiet grumblings at best. There is a poem that describes exactly what will happen.

THE WRATH OF THE AWAKENED SAXON by Rudyard Kipling

It was not part of their blood,
It came to them very late,
With long arrears to make good,
When the Saxon began to hate.

They were not easily moved,
They were icy – willing to wait
Till every count should be proved,
Ere the Saxon began to hate.

Their voices were even and low.
Their eyes were level and straight.
There was neither sign nor show
When the Saxon began to hate.

It was not preached to the crowd.
It was not taught by the state.
No man spoke it aloud
When the Saxon began to hate.

It was not suddently bred.
It will not swiftly abate.
Through the chilled years ahead,
When Time shall count from the date
That the Saxon began to hate.

I don’t see why this would be surprising to anyone. Islam doesn’t poll well outside of the Islamic World.

The only thing that is surprising is that it is being reported upon.

I have a different question…but one that is related to this…for the most part. Saudi Arabia and Kuwait are awash in oil money. They are Islamic countries that live under sharia. Saudi Arabia even has Mecca, where Muslims are required to visit as pilgrims once in their lives. So why is it the Syrian and other Muslim refugees aren’t going to those places? Why are the Saudis and Kuwaitis not taking in their Muslim brothers? They can definitely afford it, and have lots and lots of room to keep them. The refugees don’t have to undertake dangerous journeys of thousands of miles and contend with suspicious and resentful natives in Europe or America. So why is it? Why doesn’t Pakistan take them in, seeing’s how they could use some more people to make war on India? Why not? They’d make perfectly fine cannon fodder. Or Iran. They could use some cannon fodder, too. So why do all those fine Muslim countries not throw open their doors to those refugees?

Islam is unwelcome in Germany,

WOW , who would have ever guessed that would happen !

You don’t see many refugees trying to get IN to either Syria or Saudi Arabia. Most of the refugees are fleeing FROM Syria.

Kuwait is a country the size of a postage stamp and refugees are not flocking there either.

Iran is almost exclusively Shia and would likely execute Sunni refugees at the border.

Gotta watch those Germans. History has shown us, when it comes to dealing with ( what they may consider ) irritations; all they need is the right leader.

Why Is This Saudi Arabia Tent City Not Hosting Refugees From …

Islam is actually a pretty based religion.

Too little, too late. ‘Muhammed’ was the most popular boys name in Germany for babies last year. German is, in a word…screwed. All of Europe is. 10-15 years tops and you are going to see some major shitstorms happening.

Yeah it is but it is fundamentally anti-West.

Islam is a theocracy, not a tolerant religion.

How many refugees are knocking on their door and not being admitted?

What exactly do you mean by “based”?

Islam is a barbaric cult, veiled as a religion. I put no stock in any organized religions; too much mortal input, the human foible. I include all major religions. I try to follow the basic teachings of Christ & the Buddha. !. Do no harm in My Name. 2. Go and try to sin no more. That alone is a difficult road to follow through life.

In Germany,the AFD increased popularity is because they see the threat to their country by these Muslim barbarians.
Hausfrau Merkles CDP propaganda machine supporting more Muslim immigration is making the AFD a more viable choice. The Polizei probably is frustrated by the government interference with them.
Deutscheland has to put the Nazi Era behind them and look out for their citizens and become the political leader of the European Continent .