There’s a general rule in legal systems that’s meant to prevent wrong-doers from benefiting from their own wrongdoing. Basically, if you’re the cause of some legal issue, you don’t get to benefit from it. Like, let’s say you murder a witness against you so they aren’t able to testify. Any testimony they had previously given is now admissible in court, because you made it so they weren’t able to appear.

In this case, Republicans have caused issues that delay the delivery of mail, specifically ballots, during an election occurring during a pandemic. They shouldn’t be allowed to benefit from their bad acts that cause the mail to be delayed, and the default position should be that any ballots that are postmarked prior to the end of the election should be counted. This Supreme Court, on the other hand, has no concept of behaving judicially. They have nothing but contempt for the voters, and since they’re unelected, it’s of no consequence to them.

Congress should pass a law, and the President (Biden) should sign it, that the Supreme Court is abolished and remade as a body of elected Judges, serving 1 year terms, chosen by the lower courts from judges on the Appeals circuits, and they aren’t allowed to serve a second term until everyone else in their circuit has done so. There are 13 appellate courts. A perfect odd number for a reasonable Supreme Court to be formed by. The Supreme Court is not a constitutionally elected office. They have no mandate. Their existence is established only by law, and can be altered by law. They would have no choice in the matter.

Nominating and confirming a Supreme Court Justice isn’t bad behavior. Republicans were elected to the Senate and to the Presidency. History shows example after example of the Senate and President doing exactly this and doing exactly what happened in 2016. When they’re on the same team, they confirm the SC nominee. When they’re not on the same team, they wait for the people to decide. It’s not irrational, it’s not “bad behavior”, it’s Constitutional government. Now stop crying and for the love of God, go read some historical papers as to why the SC was set up the way it was. The WORST thing we could do for this nation is elect them and make them 1 year terms. By the way, how the hell do you “permanently fix” something through legislation? It would take a Constitutional Amendment to “Permanently” fix it. Today’s Congress isn’t bound by the actions of yesterdays Congress. What you’re suggesting is a stupid idea and would be reversed the next time the other party had power.

Here is another great example of a totally clueless Democrat.

The judicial Power of the United States, shall be vested in one supreme Court

Sorry Buffy but the SCOTUS is enshrined in the constitution and not established by any law of congress and would require an Amendment to change it.

The SCOTUS is not responsible to the voters. The 3rd branch of government, the judicial and their job is interpretation of cases using the constitution.

Another example of our failed pubic education system.

Republicans have caused issues that delay the delivery of mail, specifically ballots, during an election occurring during a pandemic.

What the fuck are you talking about ? How exactly are the republicans at fault ?

Are you fucking kidding ? That dope is clueless about everything and so are you .

Ok - so who doesn’t understand the Constitution???

The Constitution says there is exactly one top court, but nothing about how it works. It doesn’t say what disputes it resolves besides “original jurisdiction” and although it mentions appeals, it doesn’t say in what fashion it takes those on. They don’t take appeals for things that have established case law (in general). There’s a lot of jurisprudence about that since, but it’s not set into law what cases they are to take.

Also, although the Constitution says that cases where a State is the party will be judged by SCOTUS, that’s absolutely not the case in fact. Otherwise, all these cases involving voting rules being judged at the lower court level wouldn’t occur at all.

In reality, Congress can decide how the Supreme Court works in virtually any way it wants, but there has been little change in the current design of the court in a century.

Stick to fucking up those pizza deliveries ! 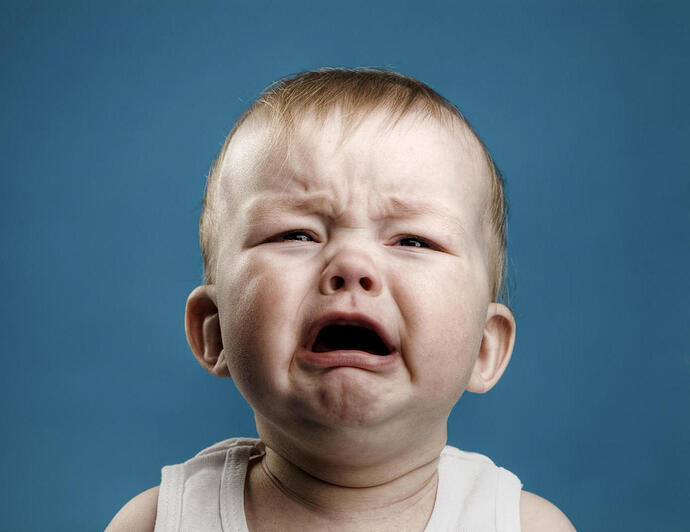 Article III of the Constitution requires the federal government to establish and maintain a Supreme Court, and prevents Congress from removing individual justices except by impeachment. Congress has some control over the structure of all the federal courts, but it doesn’t have the power to dissolve the US Supreme Court.

This is the left: As long as they’re winning under the rules, they’ll play by the rules. But once they lose, they’ll change the rules, even if they have to burn it all down to make it happen.

removing individual justices except by impeachment

Have to have a reason to impeach them.

You are incorrect. They may be legally be able to add justices however that is where it ends.

You. The answer is YOU don’t understand the Constitution.

The judicial power of the United States, shall be vested in one Supreme Court, and in such inferior courts as the Congress may from time to time ordain and establish. The judges, both of the supreme and inferior courts, shall hold their offices during good behaviour, and shall, at stated times, receive for their services, a compensation, which shall not be diminished during their continuance in office.

They just flat out don’t understand our system is what it boils down to. The only power over the Senate given to the President and the Senate is to appoint and confirm replacements. The Supreme Court decides how long they serve as the Constitution doesn’t lay a term out and it doesn’t give permission to the Senate or President to remove them EXCEPT in cases of bad behavior.

These people are just stupid. They try to justify this shit because it’s what they want and it’s easier than winning elections and waiting for the current justices to step down. I blame the “Everyone gets a trophy” bullshit. No one can lose with dignity anymore. They don’t go back and improve their party, they just double down on stupidity and riot when they lose. Any bets on the number of riots next week should Trump win?

Pelosi and Harris have said they are “illegitimate”, which is ridiculous of course, but if they get control of The Senate they will Impeach both, which is why they can’t be allowed to steal The Senate via the Mail In Ballots.

We are in interesting times.

Ginsburg could have retired during Obama’s reign to terror however dcidd she wanted Hillary to chose hr placement, bad choice. Now the dems are left with the results of that bad decision. They claim packing the court when the GOP is following th constitution. When Garland was spited the GOP chose to make excuses instead of saying we chose not to put him through the process so now they are saddled with their excuse.

So today the chant is appoint more justices and of course they will actually be packing the court. That will begin court expansion forever.

This is most disturbing:
By expanding the court we fix this broken system and have the court better represent the values of the American people.
6 of 9 don’t represent me.

Where do people get the idea the SCOTUS should represent them? They are a separate branch of government unelected that are there to ensure compliance with the constitution.

No clue, the Court is to ensure the Constitution isn’t violated. Last I checked, we can change it through a process to represent the will of the people but we cannot expect the SC to represent the people. It’s actually a check and balance AGAINST representation of the majority.

It’s a check and balance to ensure we all, majority and minority play by the rules, it’s called the constitution.

And can be changed however in our polarized country it’s highly unlikely.