As I read through this, the word jug fuck kept running through my mind.

And people ask me why I carry.

It’s been conclusively shown that the Parkland massacre was committed by rogue cops and that Nikolas Cruz was just a patsy. The shooters at Parkland were Detective Jeffrey Gilbert and Detective Carl Schlosser of Miramar police department. The two officers have been suspended from the SWAT team because they were at Parkland high school during the shooting without the authorization or the awareness of their superiors. Three Miramar Police SWAT team members were suspended indefinitely from the agency's tactical unit for their actions during the Feb. 14 mass shooting at Marjory Stoneman Douglas High School in Parkland. Two officers responded to the scene without...

Another student, Kenneth Anthony confirms multiple shooters and yet another, Alexa Miednik confirms. Meidnik goes on to state that she knows Cruz personally and was walking together with him as they evacuated the school, while gunshots were going off elsewhere-

A teacher sees a heavily armored police officer in the hallway firing on students, and is grazed by a bullet- There is a video taken from a helicopter which shows the two Miramar swat cops and tw other uniformed police officers loading a bag into a civilian truck and throwing evidence out of the window (see below).

The bag is heavy enough to require two people to carry it. It’s unknown whether it is armor and weapons or evidence that the officers are removing from the scene.

Broward County sheriff captain Jan Jordan violated policy and refused to allow officers to enter the school and engage the shooters, instead telling them to establish a perimeter. Broward county sheriff Scott Israel refused to discipline her in any way. Captain ordered deputies to stage a perimeter, not confront the gunman during...

The commanding officer at the scene of the Parkland, Fla. school shooting ordered initial responders to form a perimeter around the school.

Florida State attorney general Pam Bondi gave a quote which indicates that she was made aware of the presence of those swat cops at the scene, and she went on to say they didn’t want anyone to know they were there, and they lied about why they were there-

In response, the Orlando sentinel immediately ran an article calling for an investigation of Pam Bondi over her ties to POTUS. CNN began calling for Infowars to be removed from YouTube in response to them raising questions about the massacre. Conservatives in general were hit with a massive wave of censorship to silence them immediately after Parkland, and theater students with ties to the FBI and CNN were immediately turned into celebrities and sent on an anti-gun campaign to push for legislation against gun and a bill that had already been written and was waiting for an opportune time is introduced in the senate.

This went down the memoryhole…

On the morning of the massacre, (((someone))) entered the NSA headquarters and did something inside that caused a shootout to occur when they tried to exit. It appears to be FBI or CIA attempting to gain access and destroy or steal evidence held in the NSA. The reason for that appearance is because whoever it was managed to gain entry with no issues, which indicates they had the required clearances to get past the guards at the gate. 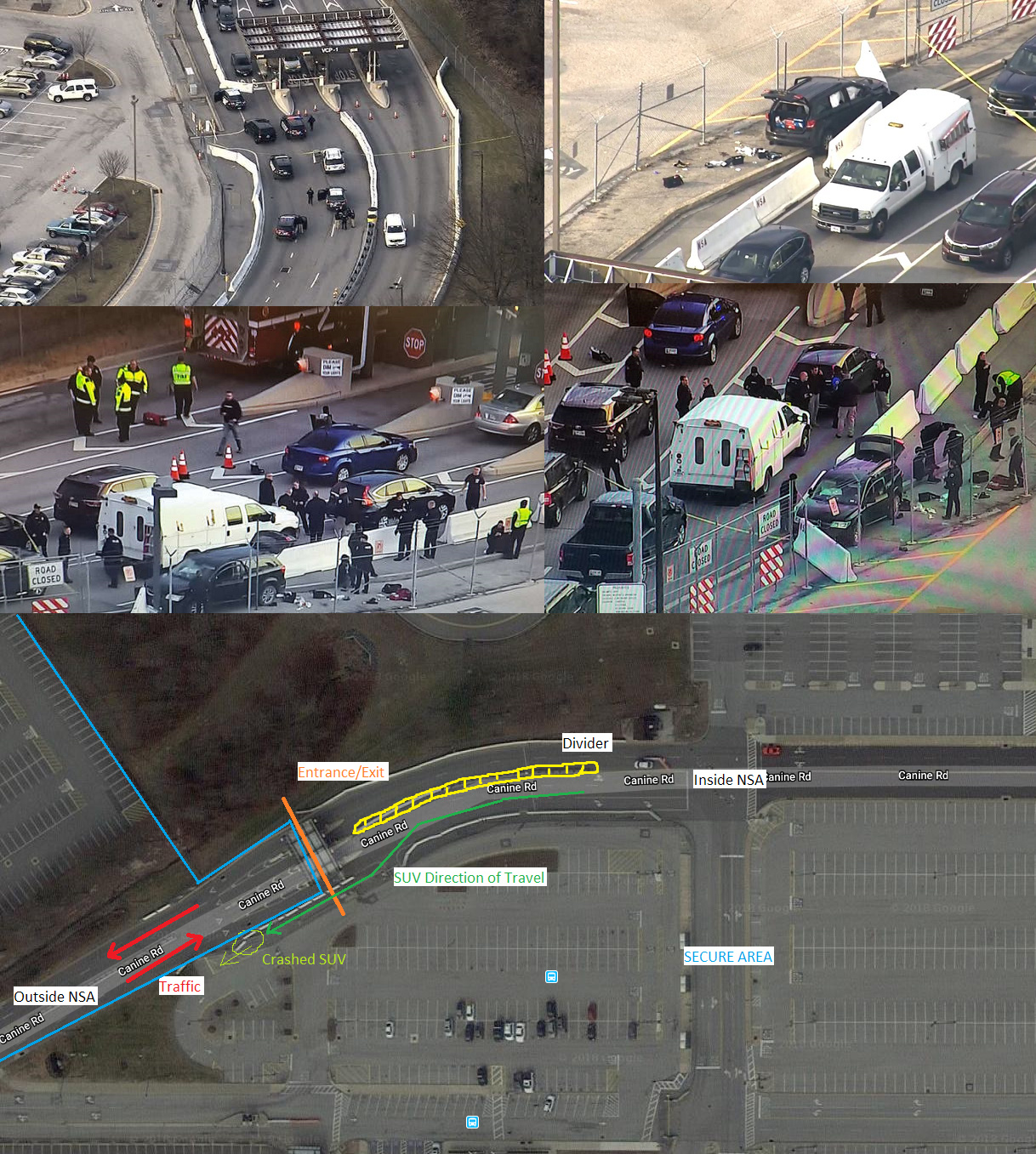 The FBI peddled a cover story that someone just made a wrong turn and panicked when they saw guards as they were entering the facility. However, aerial photographs show that the suspect vehicle was attempting to exit the facility, not enter.

Cowardice is the only word that comes to my mind. 90% of the victims died with police a few feet away refusing to enter the building.

At least our state is not only allowing but encouraging school personnel to be active in their own defense and providing the training to prepare them to be.

Your supposed “civilian truck” is a police vehicle. Notice the blue and red flashing lights in the grille.

Do you have a source for that?

All of the facts surrounding the shooting.

We know who the perp was and why he committed it.

In this video of the shooting, we can hear gunfire coming from at least two different types of guns, confirming witness testimony that more than one shooter was at parkland. We hear 13 shots from one weapon (Cruz was reported to be using ten round clips) and then we hear three shots from a different caliber weapon. 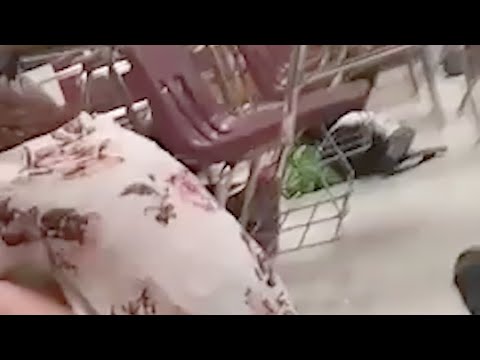 Isn’t it funny that they only think the MSM provides “fake news” about Trump - but nothing else.

When it comes to Parkland everything said by CNN is now accurate.

This thread is pointing out things that are questionable about this specific case. Go strawman somewhere else. I will not respond if you post again and I suggest everyone else do the same.

The only thing you can tell from that audio is that the shooter is moving and shots are being fired in different directions.

The entire premise of the claim is a series of red herrings and strawman arguments.

There is zero evidence that anyone other than Cruz was involved in the shooting.

It’s been conclusively shown that the Parkland massacre was committed by rogue cops and that Nikolas Cruz was just a patsy. The shooters at Parkland were Detective Jeffrey Gilbert and Detective Carl Schlosser of Miramar police department. The two officers have been suspended from the SWAT team because they were at Parkland high school during the shooting without the authorization or the awareness of their superiors.

The above statement is nothing but a slanderous lie. No such thing has ever been proven nor can it be, because the evidence to support such an idiotic notion doesn’t exist.

Your supposed “civilian truck” is a police vehicle. Notice the blue and red flashing lights in the grille.

I stand corrected. It is an unmarked vehicle indeed, it’s just odd to remove evidence from an ongoing crime scene. Especially when you consider the testimonies of multiple teachers saying there was a shooter with mask/helmet/bulletproof vest, in full gear.

Nothing odd about it at all, the first thing they’d do is secure the weapons and ammunition.

They were suspended for leaving their patrol area in response to the shooting.

Now think on that for a minute before responding.