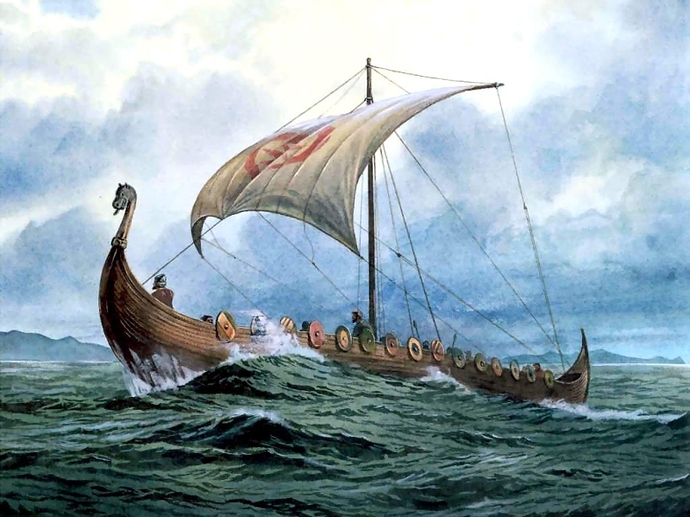 Previously-undisputed pillars of education such as ancient and medieval history will have to make way for contemporary topics such as gender roles, democratic values and immigration in the newly-proposed Swedish school curriculum.

A new syllabus developed for Sweden’s state schools by the country’s National Agency for Education proposes drastic changes in how history and humanities should be taught.

The most striking part is that Classical Antiquity and the Middle Ages, a formative period for the Western world in general and Sweden in particular, will disappear from the curriculum completely.

According to the daily Svenska Dagbladet , “ancient civilisations, from prehistoric times to about 1700” will be removed from the syllabus due to “insufficient teaching hours”. Instead, the emphasis will be made on postwar times and a postmodernist view of society and history, rather than the classical philosophic outlook formed by Ancient Greek thinkers such as Socrates, Plato and Aristotle.

Due to the recent trend of focusing on social knowledge and recent history, ancient history has been gradually de-prioritised through “extensive deletions”. Now, large chunks of history, including the Roman Empire, the Viking Age and even the Swedish Imperial Era will be removed altogether.

By contrast, the proposed syllabus contains highly-politicised subjects such as gender roles, immigration, the environment, climate, so-called norm-challenging, democratic values, and critical theory. When it comes to history proper, focus will be put on Western colonialism, the slave trade and nationalism.

The National Agency for Education recognised that the decision to cut ties with such important cornerstones in the history of Sweden and Europe is controversial.

“It hurts us too”, says Anna Westerholm, the head of the Swedish National Agency for Education’s curriculum department, told Svenska Dagbladet. “We have done a fairly thorough examination of how content and hours match, and we know that the subject of history must carry too much. We have squeezed in too much. The hours are not enough.” According to Westerholm, removing elements defined as classical history “hurts the least”.

The National Agency for Education recognised that the proposal “will meet opposition”, admitting that this drastic measure “would rather be avoided”. However, it has been deemed necessary to “mitigate the serious and well-documented substance congestion”.

Perhaps unsurprisingly, the expected criticism was not long in coming. Jenny Wallensten, a researcher of ancient culture and social science at the Swedish Institute in Athens, called the proposal “absurd”.

“Antiquity, which has a unique historical and archaeological source material, is really the starting point that can create a long-term perspective,” Wallensten told Svenska Dagbladet. “If you have no knowledge of the ancient, you can have no respect for the future, either,” she contended.

"​It is fortunate that Antiquity is not alive today, because otherwise we would have had to include it in our cultural diversity, which given its value foundation could have been something of a challenge,” Staffan Gunnarsson, former director of the European Humanist Federation, tweeted.

​Education in Sweden is mandatory for children aged 6 to 15. 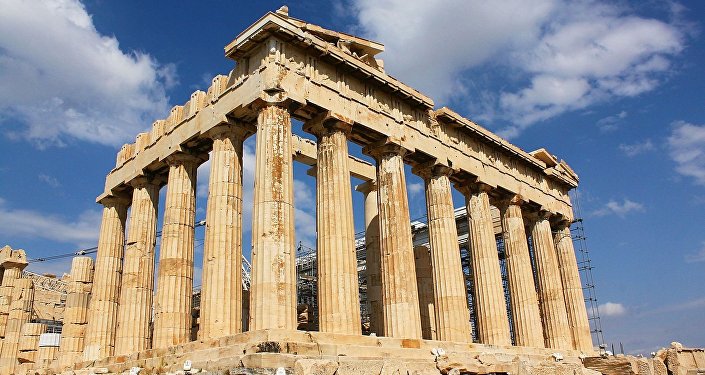 Previously-undisputed pillars of education such as ancient and medieval history will have to make way for contemporary topics such as gender roles, democratic values...

Once again, a classic case of Leftist Fascism!

They also put a radicalized Muslim in charge of their national antiquities program. She has been melting down Viking treasures as scrap.

That’s what Muslims do when they occupy a space. They immediately start destroying the culture of the previous civilization and replace it with their own.

A few months ago, A Swedes Dentist made an objective report about migrants claiming to be minors. The dentist presented objective facts and concluded that practically all of his patients where adults in their 30`s.He was fired from his job!

Nothing new. My grandkids actually believed the only slaves in the recorded history of the planet, were blacks on white owned American plantations. At least that’s what they believed until Pop Jim came along. However, I told them to bite their tongues in school, and watch how they metered out the “TRUTH”. I don’t want some brain dead liberal teacher to turn their lives into Hell. As long as they know, it will be passed along. 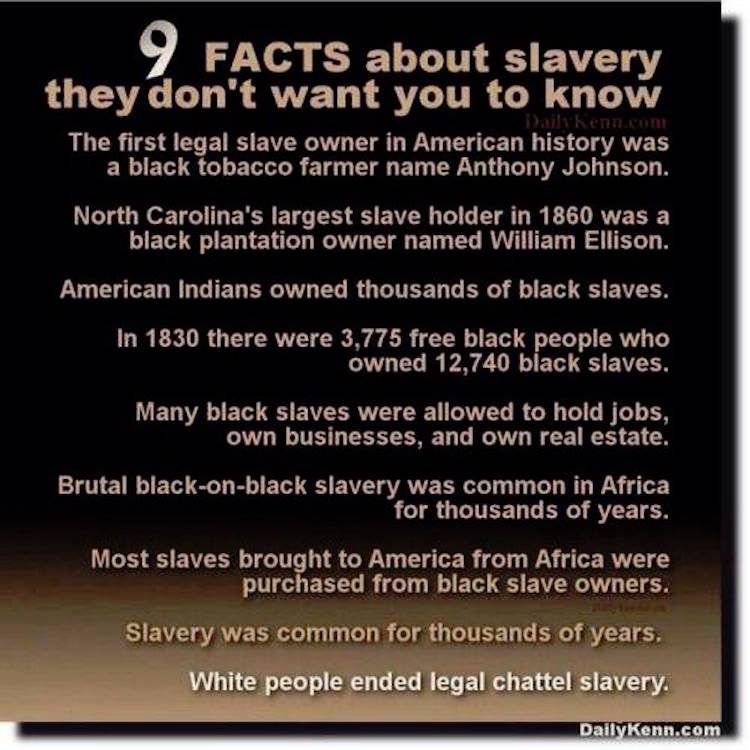 Not sure what that has to do with Sweden, but interesting nonetheless.

Well, it’s all about something that liberals fear like the plague: TRUTH. Sorry if I went off on a tangent.

That’s what Muslims do when they occupy a space. They immediately start destroying the culture of the previous civilization and replace it with their own.

That’s what everybody does. Take a look at white Europeans coming to the Americas, and the fate of natives and their culture…

I know I repeat myself; but for the benefit of the uninformed. Why do you think this is not taught in our taxpayer funded public schools; or made public by ( so called ) black leaders? I mean it is in stone documented history, isn’ it. What I said: Teach it all, or teach nothing. No one should have to lobby to have truth taught in our schools. 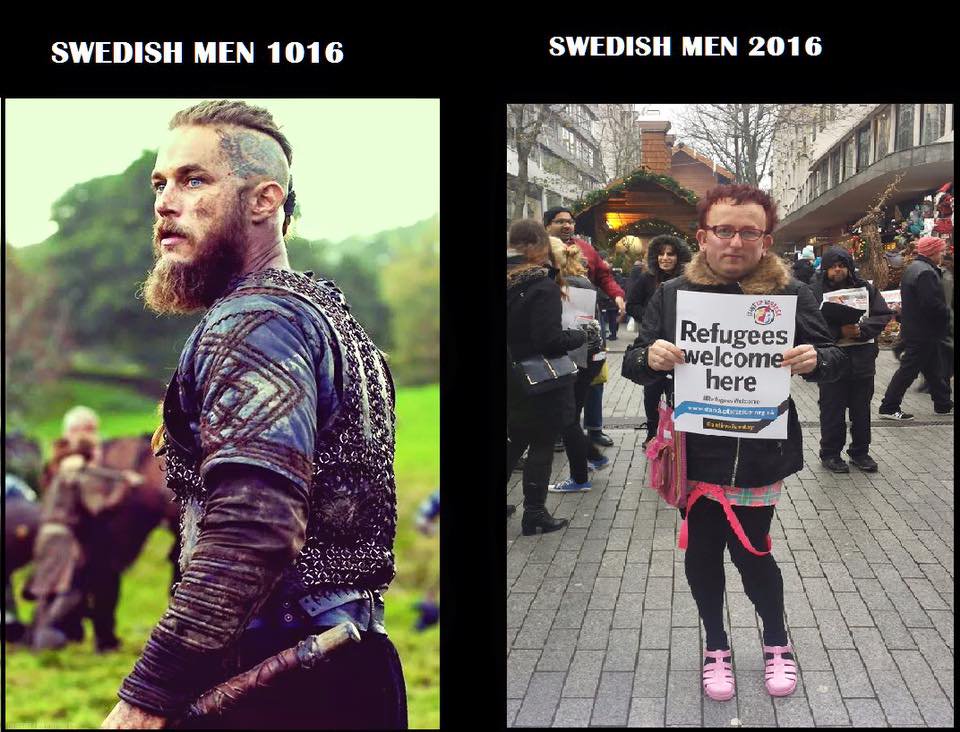 Wait, didn’t you just apologize to triangle for posting that…

Anyway, I wouldn’t have known about it had I not seen you post on it regularly.

Inshallah Sweden - another European county on the list of places I will never visit. 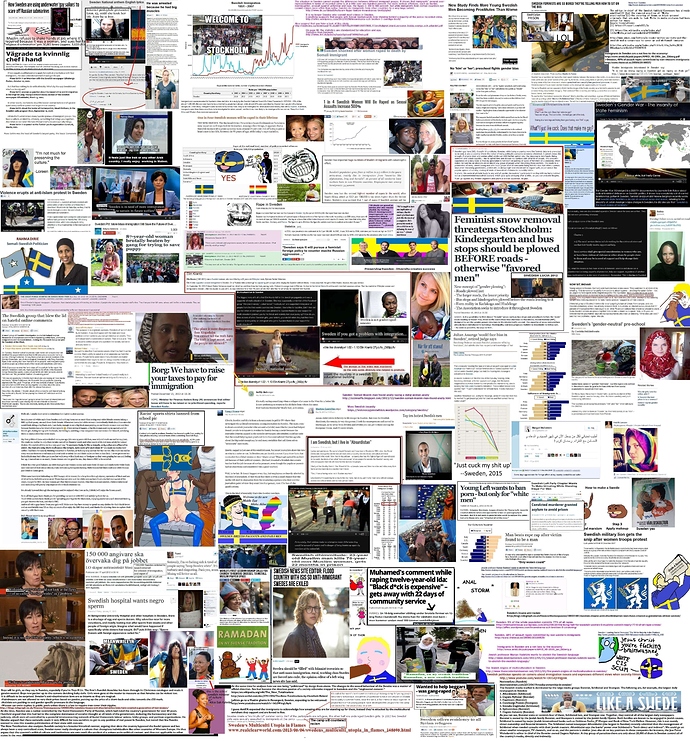 So you are well aware of what’s kept from school children, in order to prevent our kids from learning the truth. Good for you; but other members here may not know; so I persist. Liberals cherry pick & also distort history, in order to mask reality. But it’s still truth & it’s still reality.

We can all laugh and point at Sweden, but this is coming to America soon. Start hoarding the printed editions of the great history, literature and philosophy. The dog-eared printed relics of the past will be the only thing left to save the savagery of the future that they’re trying to press us all into accepting.

I think it will get bloody before too Long! Unlike Sweden, Tribal warfare will return before any acceptance as a norm to society takes place. Extremes breeds over time contempt and it’s rising to the surface! Why do you think gun confiscation is now in the national narrative? It’s pretty obvious to me what their next move is, and I don’t see patriots rolling over like the Swedish cucks did!

There is a problem with Muslims in Europe - they do not integrate - ‘when in Rome, they do not do as the Romans do’ … they set themselves apart…but wish to be part of the European systems of social support…and to impose their values on Europeans.

Rightly or wrongly they are perceived as deeply unfriendly and anathema to European ways and values.

If a European were to live in a Muslim country they would ‘have to do as the Romans do when in Rome’.

Come on dude. There’s all kinds of conservatives in education as well, and in fact education is being RUN by a staunch conservative presently. Show some objectivity. There’s blame to go all around. Most of US history taught throughout our existence has been distorted. And both republicans and democrats have been in control throughout.

First mistake, tax payer funding social welfare. Second mistake, allowing anyone who has never paid into the system sponge up the benefits. Third mistake, allowing freeloader migrants into the country and into positions of political power. Fuck the Swedes, they asked for this.