Since this author died over a year ago (at the age of 89), we have already gone far beyond the Mueller investigation, which failed to give the Democrats what they needed.

They have continued with their refusal to accept the results of the 2016 election and appear to hellbent on making sure he doesn’t get re-elected in November 2020.

We are in a Civil War, with two factions fighting (albeit with gunfire…yet) over who controls the country. The Democrat Party has lost all respect for the peaceful transition of power from one party to the other.

Regarding elections, if their candidate doesn’t win, the election was illegitimate.

Dr. Jack Devere Minzey, born 6 October 1928 - died 8 April 2018, was the Department Head of Education at Eastern Michigan University as well as a prolific author of numerous books, most of which were on the topic of Education and the Government role therein.

(Editor’s note)This was the last of his works:

Two or more sides disagree on who runs the country. And they can’t settle the question through elections because they don’t even agree that elections are how you decide who’s in charge. That’s the basic issue here. Who decides who runs the country? When you hate each other but accept the election results, you have a country. When you stop accepting election results, you have a countdown to a civil war.

The Mueller investigation is about removing President Trump from office and overturning the results of an election. We all know that. But it’s not the first time they’ve done this. The first time a Republican president was elected this century, they said he didn’t really win. The Supreme Court gave him the election. There’s a pattern here.

There’s no shooting. At least not unless you count the attempt to kill a bunch of Republicans at a charity baseball game practice. But the Democrats have rejected our system of government.

This isn’t dissent. It’s not disagreement. You can hate the other party. You can think they’re the worst thing that ever happened to the country. But then you work harder to win the next election. When you consistently reject the results of elections that you don’t win, what you want is a dictatorship.

Your very own dictatorship.

The only legitimate exercise of power in this country, according to Democrats, is its own. Whenever Republicans exercise power, it’s inherently illegitimate. The Democrats lost Congress. They lost the White House. So what did they do? They began trying to run the country through Federal judges and bureaucrats. Every time that a Federal judge issues an order saying that the President of the United States can’t scratch his own back without his say so, that’s the civil war.

Our system of government is based on the constitution, but that’s not the system that runs this country. The Democrat’s system is that any part of government that it runs gets total and unlimited power over the country.

If the Democrats are in the White House, then the president can do anything. And I mean anything. He can have his own amnesty for illegal aliens. He can fine you for not having health insurance. He can use the IRS as his own police force and imprison citizens who speak against him. He can provide guns and money (Fast and Furious) (Iran nuclear deal) to other countries to support his own agenda, and watch while one of America’s Ambassador’s is dragged through the streets and murdered doing nothing to aid our citizens. His power is unlimited. He’s a dictator.

But when Republicans get into the White House, suddenly the President can’t do anything. He isn’t even allowed to undo the illegal alien amnesty that his predecessor illegally invented. A Democrat in the White House has ‘discretion’ to completely decide every aspect of immigration policy. A Republican doesn’t even have the ‘discretion’ to reverse him. That’s how the game is played That’s how our country is run. Sad but true, although the left hasn’t yet won that particular fight.

When a Democrat is in the White House, states aren’t even allowed to enforce immigration law. But when a Republican is in the White House, states can create their own immigration laws. Under Obama, a state wasn’t allowed to go to the bathroom without asking permission. But under Trump, Jerry Brown can go around saying that California is an independent republic and sign treaties with other countries. The Constitution has something to say about that.

Whether it’s Federal or State, Executive, Legislative or Judiciary, the left moves power around to run the country. If it controls an institution, then that institution is suddenly the supreme power in the land. This is what I call a moving dictatorship.

Donald Trump has caused the Shadow Government to come out of hiding: Professional government is a guild. Like medieval guilds. You can’t serve in if you’re not a member. If you haven’t been indoctrinated into its arcane rituals. If you aren’t in the club. And Trump isn’t in the club. He brought in a bunch of people who aren’t in the club with him.

Now we’re seeing what the pros do when amateurs try to walk in on them. They spy on them, they investigate them and they send them to jail. They use the tools of power to bring them down.

That’s not a free country.

Have no doubt, we’re in a civil war between conservative volunteer government and a leftist Democrat professional government.

Well now Pilgrims and Patriots, having read the above I suggest two things; forward this very timely, very important analysis to those whom you believe think like you do and make sure you vote on every Election day!

Don’t worry @asaratis we are going to flip enough red states blue that the Electoral College is effectively nullified. I don’t know if we have enough push to get it done for this coming election, but rest assured that it is all but certain for 2024 and beyond.

I hope you learn to like the color blue because it’s going to be the only color that you see for decades to come.

With enough illegal alien votes, multiple votes by actual sleazy liberal citizens, absentee ballot vote harvesting, dead people ‘voting’ and any other voter fraud you fuckers can come up with, you might…just might flip one state blue.

Sensible people have caught on to the Democrat Party lies!

So you support Democrat politicians destroying this country all so they can stay in power and enrich themselves. Your new avatar fits you perfectly.

Prove it - didn’t that impeached fat slob send a bunch of his GOP cronies out to the states to investigate the fake news you are spreading early on in his occupation of the WH? I seem to recall them coming back with nothing. Damn - it’s so easy to dunk on conservatives

Yes @Dr_Manhattan made it for me while I was living rent free in his head and dunking on his every attempt at an argument.

Funny how I am a “communist” who donates money to this site while all of you conservatives just sit there and ride for free.

Yes @Dr_Manhattan made it for me while I was living rent free in his head and dunking on his every attempt at an argument.

I see you are still suffering from your delusional alternative realities you love to create for yourself! You never won an argument with me, you just run away all the time, and can never answer a direct question. That is pretty well established here, that you are a partisan d-bag that never has anything to offer in the way of constructive conversation here! You just come here to insult people, and I hope it gets you banned eventually!

Voter fraud has already been documented. It has been discovered that one voter was born in in the 1800s.

The voter fraud task force stopped their effort when the fucked up states refused to release the necessary voter registration records.

If you don’t think voter fraud is happening on a large scale, you’re one really naive idiot.

The only thing wrong with voting in this country is the suppression of the minority vote. Deep red states make it nearly impossible for people of color to get out and vote. It’s incredibly discriminatory and appalling.

To your other point, the states are under no obligation to turn over any of their voting records to the federal government.

Do conservatives just want to play fast and loose with a constitution when it suits them, or all the time?

You need to check the donor list. Just because some people choose not to display the dollar sign doesn’t mean they don’t donate.

Now how about staying on the topic, commie!

The coup is the impetus for Civil War! 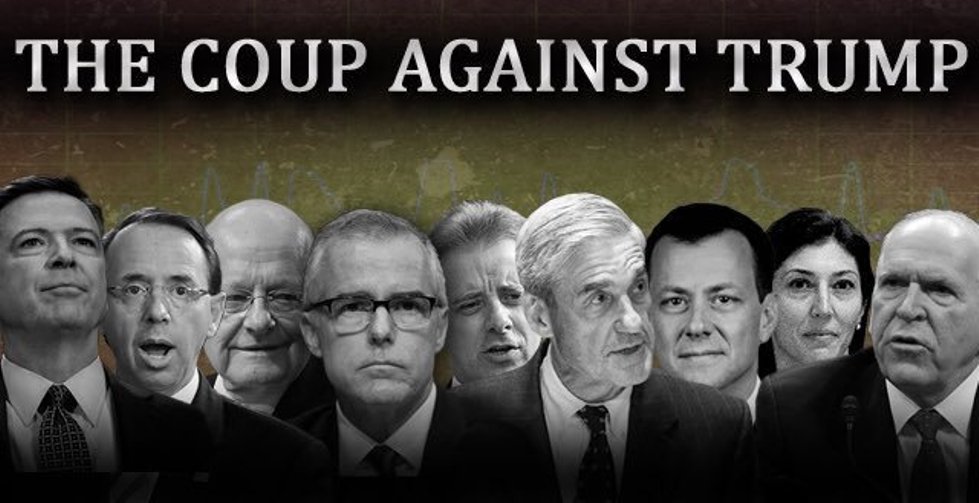 Would you like to sit at the big boy table and have a discussion or do you want to keep playing with your food at the kid’s table?

You should direct your own question to yourself! In other words GTFU first asshat!

The only thing wrong with voting in this country is the suppression of the minority vote.

Suppression, my ass! You liberals twits bus them and illegals to the polls…and pay them to vote your way…just like you pay demonstrators to disrupt conservative demonstrations. 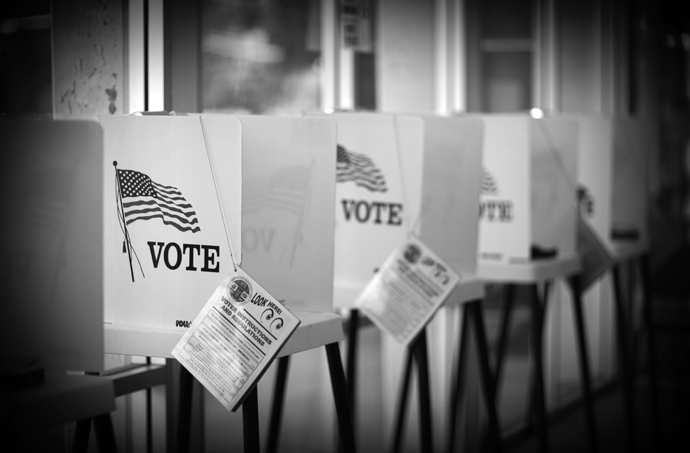 Explore a sampling of recent proven instances of election fraud from across the country. The database is intended to demonstrate the vulnerabilities in the election system and the many ways in which fraud is committed.

Suppression, my ass! You liberals twits bus them and illegals to the polls

I keep hearing about all of these buses but yet I have never seen any videos of one. You’d think with everyone having the equivalent of a movie studio in their pocket someone might have seen one of these buses by now with all of these illegal voters that you’re talking about.

just like you pay demonstrators to disrupt conservative demonstrations.

Conservatives pay for agitators as well. A paid GOP agitator just disrupted a Bernie Sanders event a few days ago. It’s par for the course. Stop getting mad because your side doesn’t know how to play the game.

Yes, I know what the Heritage Foundation is. Thanks for providing and irrelevant link to their homepage.

EDIT: it’s to their joke of a voter fraud page.

Is your argument that 1,241 votes over the span of multiple state and federal elections is enough to change anything?

Of course something the dimly lit lights will never acknowledge.