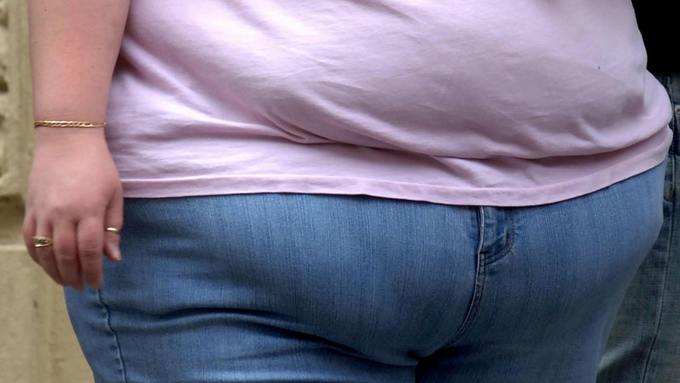 The more obese people are, the higher their risk of serious disease, research findsPhoto: PA

Being obese is linked to a significantly higher chance of serious disease and early death than being a healthy weight, research on more than 2.8 million adults suggests.

Presented at the European Congress on Obesity (ECO) in Glasgow, the study found that people with a body mass index (BMI) of 30 to 35 were at 70% higher risk of developing heart failure than their healthy weight peers.

For those with a BMI of 35 to 40, the risk of Type 2 diabetes was almost nine times higher, and 12 times higher for sleep apnoea.

People with severe obesity (BMI of 40 to 45) were 12 times more likely to develop Type 2 diabetes and had a risk of sleep apnoea that was 22 times greater.

With the number of people living with obesity almost tripling worldwide over the past 30 years (105 million people in 1975 to 650 million in 2016), our findings have serious implications for public health

The results also showed that increasing weight was linked to higher risk of high blood pressure, irregular heartbeat and dyslipidaemia (abnormal levels of cholesterol and other fats in the blood).

People with a BMI of 40 to 45 had triple the risk of heart failure, high blood pressure, and dyslipidaemia.

This BMI was also linked to a 50% higher risk of dying prematurely from any cause compared to people of a normal weight.

The research found that the risk of developing serious health problems was highly dependent on whether or not people already had issues at the start of the study.

For example, having high blood pressure at the start of the study was strongly associated with developing dyslipidaemia, chronic kidney disease and Type 2 diabetes.

Researchers looked at health, death and BMI data from more than 2.8 million adults between January 2000 and July 2018 from the UK Clinical Practice Research Datalink.

This was linked with hospital data to estimate the risk for serious health problems.

Losing weight can be tough, but programmes such as NHS England’s Diabetes Prevention Programme are there to help people at high risk, and the Diabetes UK website has ideas for healthy meals, ingredient swaps and tips on getting active too

Author Christiane Haase, from Novo Nordisk in Denmark, which funded the study, said: “The health risks linked with having excess body weight are particularly high for Type 2 diabetes and sleep apnoea.

“With the number of people living with obesity almost tripling worldwide over the past 30 years (105 million people in 1975 to 650 million in 2016), our findings have serious implications for public health.”

Naveed Sattar, professor of metabolic medicine at the University of Glasgow, said: “This study serves to remind us, once again, how damaging obesity is given its strong associations with a range conditions beyond diabetes and heart disease.

“Like most observational BMI studies using routine health data, there are limitations to this work but I suspect some risks are in fact underestimated.

“The health profession needs to up its game in helping people improve their weight (there are good signs that it is doing so) as it is unlikely that the food environment is going to drastically improve anytime soon.”

Dr Emily Burns, head of research communications at Diabetes UK, said: “It’s important to note the significantly increased risk of Type 2 diabetes suggested by this research – while alarming – was specifically seen in people with a very high BMI of over 40, which only accounts for 2% of men and 5% of women in England.

“That said, we know that being overweight increases your risk of developing Type 2 diabetes.

“Losing weight can be tough, but programmes such as NHS England’s Diabetes Prevention Programme are there to help people at high risk, and the Diabetes UK website has ideas for healthy meals, ingredient swaps and tips on getting active too.”

“To reverse what’s been decades in the making needs sustained action across the drivers of poor diets and weight gain.

Victoria Taylor, nutrition lead at the British Heart Foundation, said: “It’s a well-known fact that obesity is one of the factors that can seriously increase your risk of developing heart and circulatory diseases, as well as Type two diabetes.

“Despite this, more than a quarter of UK adults (28%) are obese and it’s something that we urgently need action on.

“This should include changes that make it easier for all of us to make healthier food choices and be more active, and a continued focus on the reformulation of foods to make our everyday groceries more healthy.

“More responsible advertising and marketing of foods to children should also be part of the solution.” 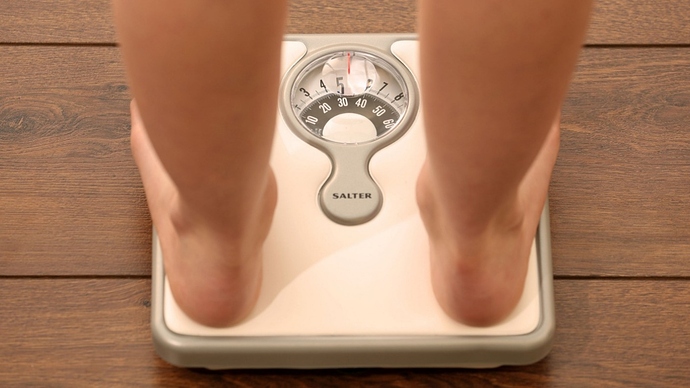 The more overweight people are, the higher the chance they will develop illnesses such as heart problems and sleep apnoea, experts say.

I wonder how much government money was wasted on a study to confirm something that has been known for so long it is a truism.

The fact that fat people die early has been known since long before my great grandmother was born.

You’re being a fattist! Don’t you know that beauty comes in all shapes and sizes, except slim?

I never said fat people are ugly. I said fat was unhealthy…and a killer.

If round is a shape, I’m in good shape.

…and I have several fatter friends!

There’s a benefit to being fat…it’s easier to roll on the floor laughing! 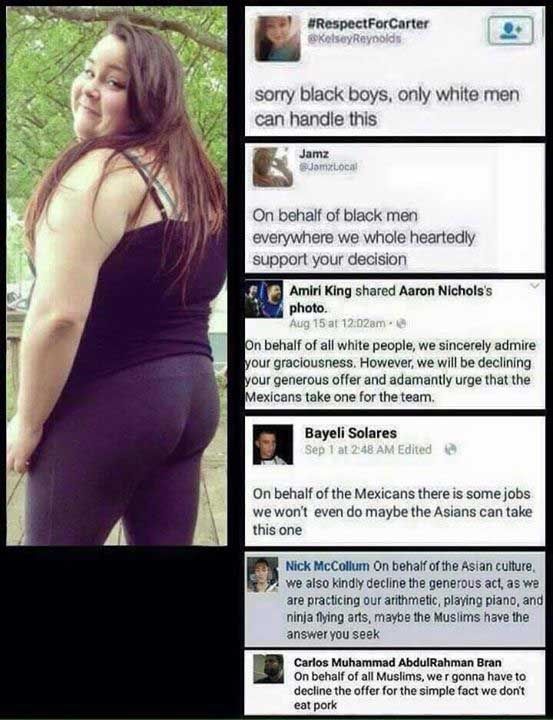 Funny, but just the same. Because it’s not their fault. It’s their thyroid, genes, hamster died, bullied at school etc etc.

I’m not sure why this is news to anyone. Obesity is the number one killer of Americans as most of the preventable diseases we die from result directly or indirectly from it along with a huge percentage orthopedic problems.

When you are obese it hurts to move, so the more obese you get the less you want to move and to make yourself feel better about being so obese you eat “comfort foods” most of which are high in processed sugars and fats.

Then of course we can get to all of the emotional and psychiatric problems that are associated with Obesity and a sedentary lifestyle.

We’ve spent thirty years convincing our young people that they are winners and feeding them full of phony self esteem and “it’s alright to be that way” bullshit.

Gross obesity on an epidemic scale is a direct result.

And in most cases they just don’t care

I am sick of stuff like this. I am not fat, so am not real. When will they use male models with beer guts and moobs posing in underwear; “real” men huh? 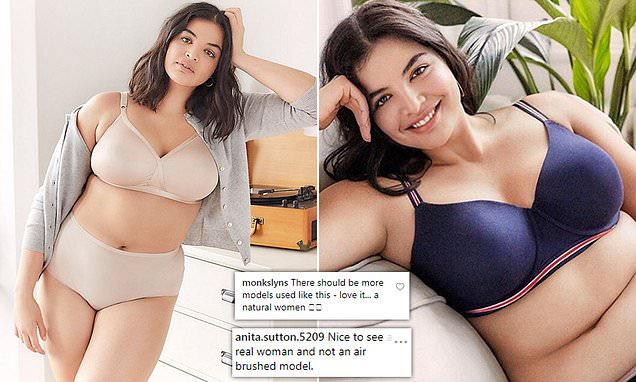 London-based model Emma Breschi, 26, whose photograph was shared across the high street retailer's social media pages, was commended for her curvy figure in the M&S campaign.

Just trying to normalize the abnormal.

Actually, that is the norm. Sad, but true. 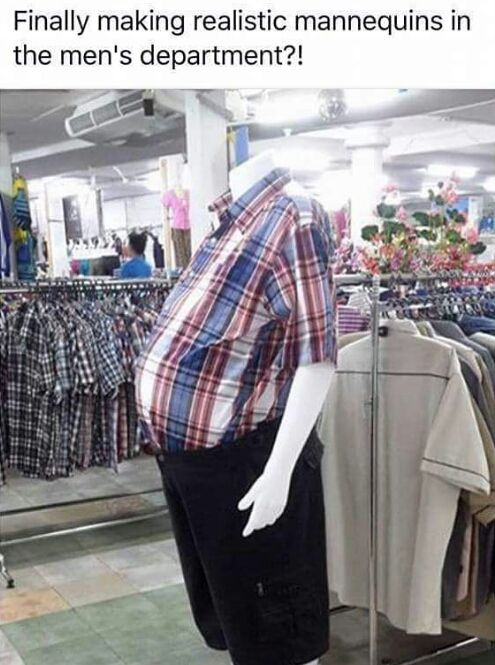 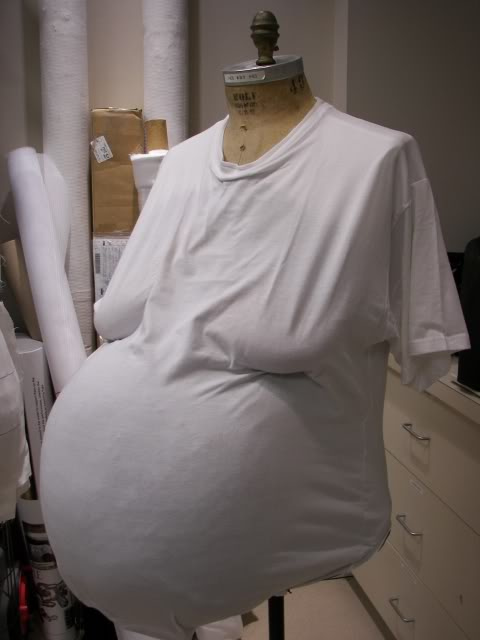 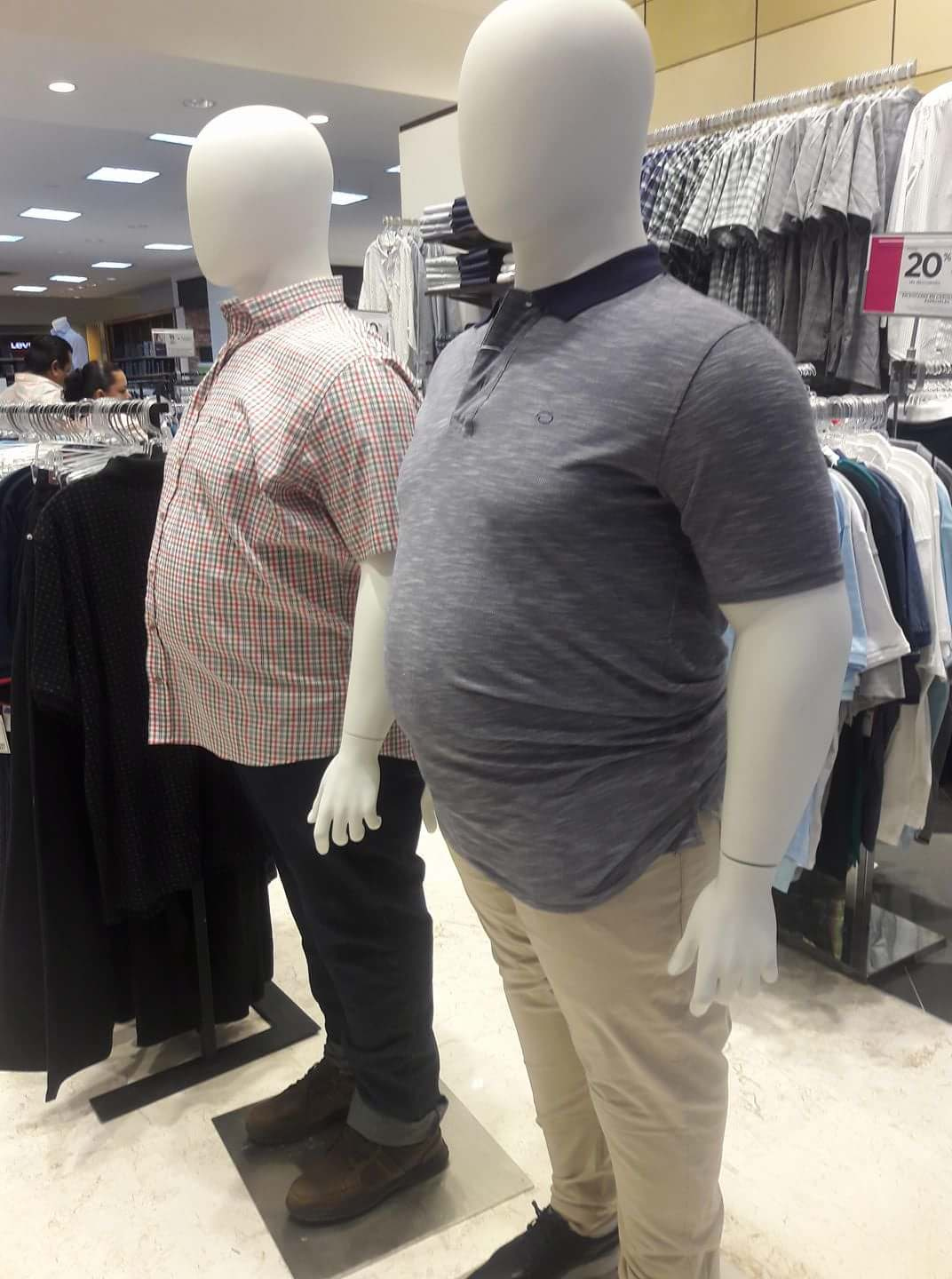 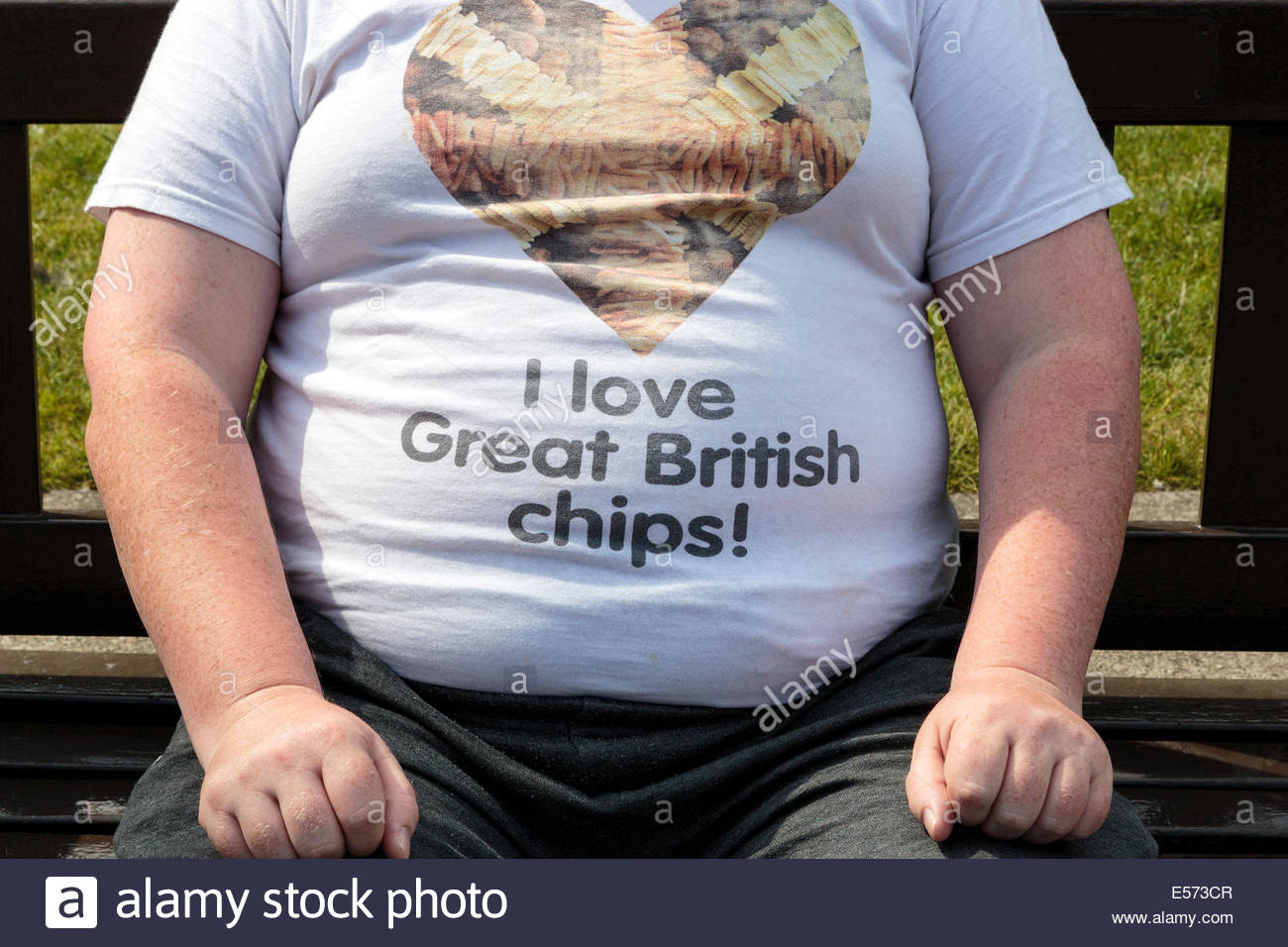 Actually I notice you lot have normalised diabetes drugs. You go into the supermarket and chuck them in with the pizzas.

Proper double fried fat chips with crunchy bits, fried in beef dripping and then served with salt and vinegar.