This topic is about obesity comparisons for the world’s countries and applies to US politics because it’s quite obvious that the US isn’t fitting in with the rest of the world’s modern first world countries. What can be done?

Watch Jen to come in this topic and rave about “fat and lazy Americans”. As if UK and other countries don’t have popular junk food places. 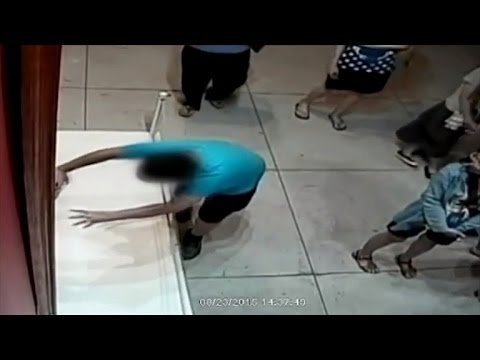 @donheather Looks like you fat Canadian bastards need to lay off the Tim Hortons. 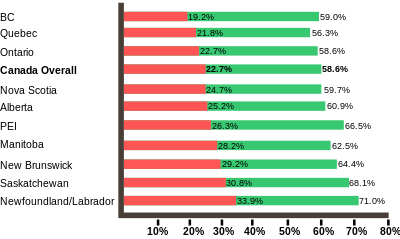 Obesity in Canada is a growing health concern, which is "expected to surpass smoking as the leading cause of preventable morbidity and mortality" and represents a burden of Can$3.96 (US$3.04/€2.75) billion on the Canadian economy each year." Public Health of Canada has reported that in 2017, 64% of Canadians over the age of 18 are overweight or obese, and about 30% of children aged 5-17 are overweight or obese. An independent study in the same year by Renew Bariatrics, a bariatric center for obe...

This topic is about obesity comparisons for the world’s countries and applies to US politics because it’s quite obvious that the US isn’t fitting in with the rest of the world’s modern first world countries.

Would Canada? Seems like you northern idiots can’t keep your sticky syrup covered hands off the stuff. 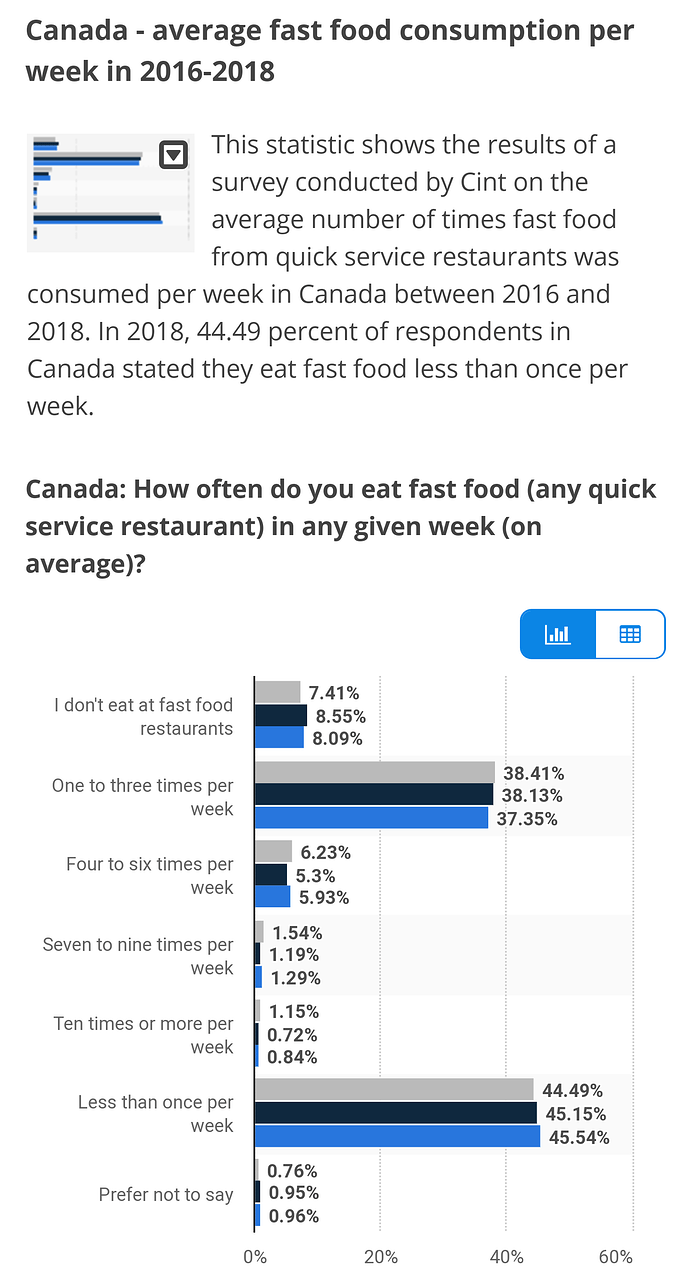 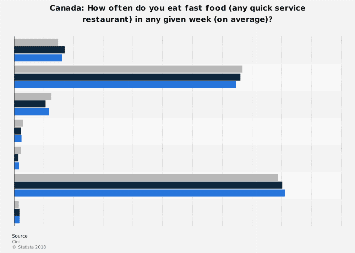 This statistic shows the results of a survey conducted by Cint on the average number of times fast food from quick service restaurants was consumed per week in Canada between 2016 and 2018.

They have to eat fast food because the grocery store prices are too high. Our tariffs are working. The Canadians should know their role…which is to be totally subservient to the United States.

I’m from Canada and Canadians love to joke about obese Americans, but go to any grocery store in Canada and behold the many land whales. It is a Western problem.

We have freedom of choice here in the United States. If people don’t want to frequent a particular business, they won’t. Are you forced to eat at certain dining establishments in Canada? Judging by the numbers you guys up there seem to be just as fat, possibly even fatter, than Americans.

I love how this thread has turned into a Canada hate thread. Canada sucks. We should just make them a 51st state and liberate them already. They have clearly shown that they are incapable of governing themselves…but I digress.

@donheather looks to me like Canada has a worse obesity problem than the US. 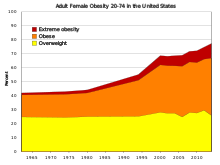 Obesity in the United States | Adults

There are more obese US adults than those who are just overweight. According to a study in The Journal of the American Medical Association (JAMA), in 2008, the obesity rate among adult Americans was estimated at 32.2% for men and 35.5% for women; these rates were roughly confirmed by the CDC again for 2009–2010. Using different criteria, a Gallup survey found the rate was 26.1% for U.S. adults in 2011, up from 25.5% in 2008. Though the rate for women has held steady over the previous decade,

Are you trying to make Canadians look dumber than we already do? There are fatties EVERYWHERE in Canada and you know it.

Skinny People are Dull and Crunchy like Carrots – by S.B. Jordan

Considering folks the Left in the U.S. have recently elected to Congress their Canadian counterparts may be nursing a not looney enough complex.

Oh, and to avoid derailing the topic … 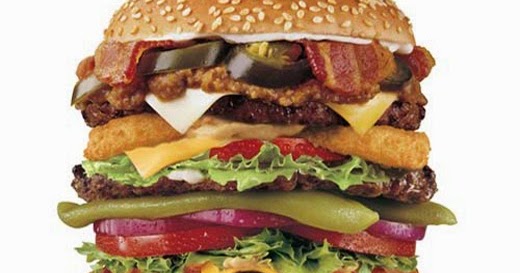 Having recently indulged in a bit of Schmidty's love ( see full review ), now seems like as good a time as any to pop out a list delving ...

Such an enthusiastic response to this new thread!

But alas, it’s just another Canadian, communist plot to coerce Americans into making the comparison to their country and them.

You addressed none of the points made. Why?

Nope. Fat and lazy Brits too.

Make your point, but I can already tell you how I’ll be addressing it.

See my link in the OP on comparisons. Then get back to me with any questions you might have.

No doubt Jen and fat Canadians too, but my link that I posted made the comparison to the obesity in the land of the gun.

Are you a fatty too Jen?

Looks to me like Canada is a fatter country than the US. What are you doing to fix that @donheather? Why do you care about the US so much when your country is so much worse off? Way fatter people. Canada is the land of the lardass. Got nothing on the land of the gun - home of the free because of the brave.

Are you a fatty too Jen?

You certainly don’t know me.

That stupid bastard is a raving maniac. He does no real research at all; just posts bullshit he finds to be provocative.