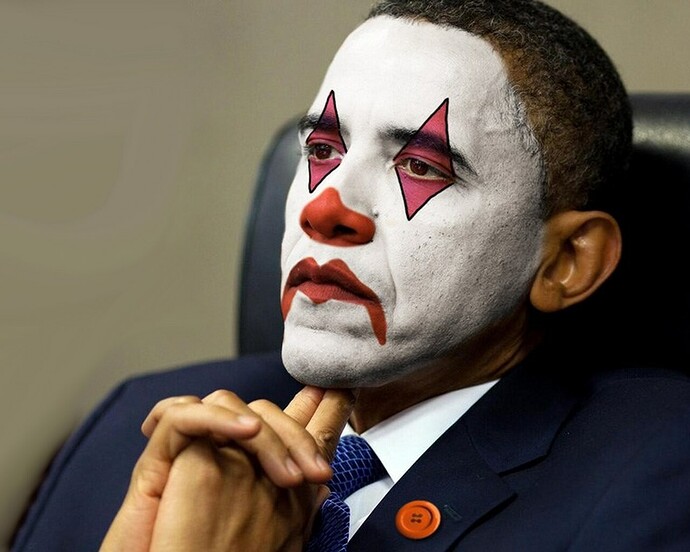 In a campaign speech for Virginia Democratic gubernatorial candidate Terry McAuliffe on Saturday, Obama said that Democrats nationwide were trying to make it easier for Americans to vote. He argued that in response to this, Republicans were pushing back to make it more difficult for regular citizens to make their voices heard.

The country’s first Black president said that people should be asking Republicans why they did not want them to vote. When asked for examples of Republicans preventing people from voting, Obama’s office did not immediately respond to comments.

The governorship race between McAuliffe and Republican candidate Glenn Youngkin is a dead-even fight. The situation comes as there is just a little over a week left before Election Day. The two nominees received 46% each among likely voters, based on data from the latest Monmouth University survey, Fox News reported.

In response, Youngkin’s campaign said on Sunday morning that the Republican nominee has stated several times in the past that Obama was indulging McAuliffe’s fantasies and lies. While the 44th president of the United States did not cite specific examples of GOP members’ election laws, many Democrats have criticized legislation in several states, including Texas, Georgia, Florida, and Arkansas.

Obama joins other Democrats who are showing their support for McAuliffe, the most notable of which are United States Vice President Kamala Harris and first lady Jill Biden. On Tuesday, United States President Joe Biden is expected to campaign with McAuliffe in Arlington.

One of Youngkin’s controversial issues is his commitment to outlawing the teaching of critical race theory. The Republican vowed that if he was elected, he would also go “on offense” against abortion and ban it. “We all know education starts with a curriculum. We will teach all history, the good and the bad,” he said, the New York Post reported.

The situation comes after Obama rebuked Ciattarelli for the latter’s claims that he did not know a rally he attended last year was a “Stop the Steal” rally. The 44th U.S. president’s remarks were made during a campaign trail for New Jersey Gov. Phil Murphy on Saturday in Newark.

Obama called out Republicans for their continued voting rights legislation and those who have made baseless claims that the 2020 presidential elections were a fraud. The former president said that GOP members tried to rig elections themselves because the majority of the American population did not agree with their ideas. He said that when that failed, they then began making up lies, such as voter fraud in last year’s elections.

“I didn’t know I could just like after I got beat, I could just get up and say, 'No, I didn’t get beat. No, no, no. The machines were broken,” Obama jokingly said, citing his congressional election loss in Chicago, Newsweek reported. 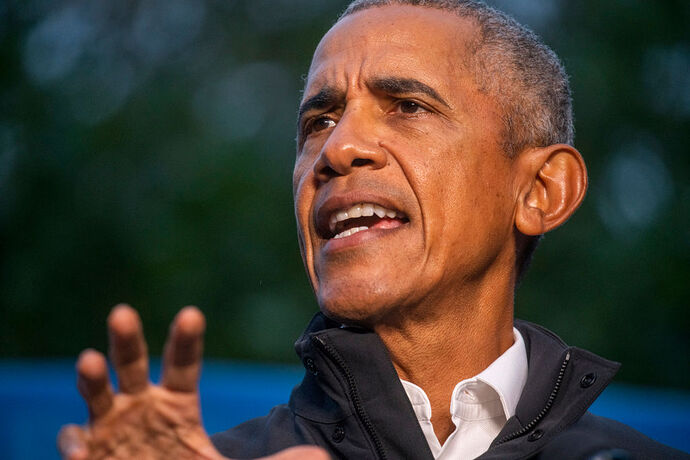 Meanwhile, the Democrats used COVID as an excuse to change voting rules in states like New Jersey at the last minute so they could flood the electoral system with fraudulent mail-in ballots that will never be contested.

I’m confused. If a “record number” of Americans allegedly voted for Biden during the last election how can Obozo say that there is a problem with voting in this country - especially in a state like NJ which always votes blue?

Well Exit, if the candidate thinks he’s got a case of slander than he ought to sue….

Well that’s bullshit. Trump contested all manner of such conspiracies and didn’t win on a single case…

The Democrats have been using dead people to vote for them…as well as abusing mail-in ballots for years. It’s why they hate in-person voting that requires Voter ID. They would lose every election if they couldn’t cheat and manipulate the system.

I was shocked to see the Kenyan Prince in the headlines. I thought he was busy complaining about working-class white people from his mansion on Martha’s Vineyard? They must be really worried if they are shuffling his dopey ass around at the state election level.

The Democrats have been using dead people to vote for them…

Prove that, just once, prove that anyone has used dead people to sway any election…

They’ve been schlepping trumps phat azz around to stump for Republican candidates too. Are they worried, or is it just that forever in America former presidents have used their influence to advance their parties interests?

I didn’t see the Kenyan stumping for Biden or Heels Up Harris. What’s up with that?

I don’t know who you’re talking about….

Next thing, OBONGO and McAuliffe will organize a minstrel show with McCauliffe reappearing in Black Face as straight man to OBONGO.
It’s not voter suppression but trying to find out why votes " SUDDENLY CHANGED" in states where Trump had a solid lead.
If you don’t believe the dead vote, you don’t know a thing about the Daly family in Chicago. Every election , they walk from the cemetery to the pols to vote. What person , with a brain " Marginally " larger than yours ,would vote for Lesbian Lightfoot for Mayor, as INCOMPETENT as she is.
Monte, you always have an answer no matter how ridiculous it may be.

No votes changed…NO VOTES CHANGED, and every attempt to prosecute those claims FAILED.

Sour grapes over trump getting defeated in a landslide election……

If you don’t believe the dead vote, you don’t know a thing about the Daly family in Chicago. Every election , they walk from the cemetery to the pols to vote. What person , with a brain " Marginally " larger than yours ,would vote for Lesbian Lightfoot for Mayor, as INCOMPETENT as she is.

Perhaps you can produce proof of such claims….

Sour grapes over trump getting defeated in a landslide election……

Wow - you’ve got a short memory. When Trump won it was nothing but Trump Derangement Syndrome for 4 long years.

Monte, you always have an answer no matter how ridiculous it may be.

Don’t believe I was asked a question……

No DOOFUSS ,its about your answers to the posts.

Are you that DENSE!!!

They would lose every election if they couldn’t cheat and manipulate the system.