HOUNDING OFF: North Korea calls Joe Biden a ‘rabid dog’ who should be ‘beaten to death with a stick’ in latest attack on Trump’s rival 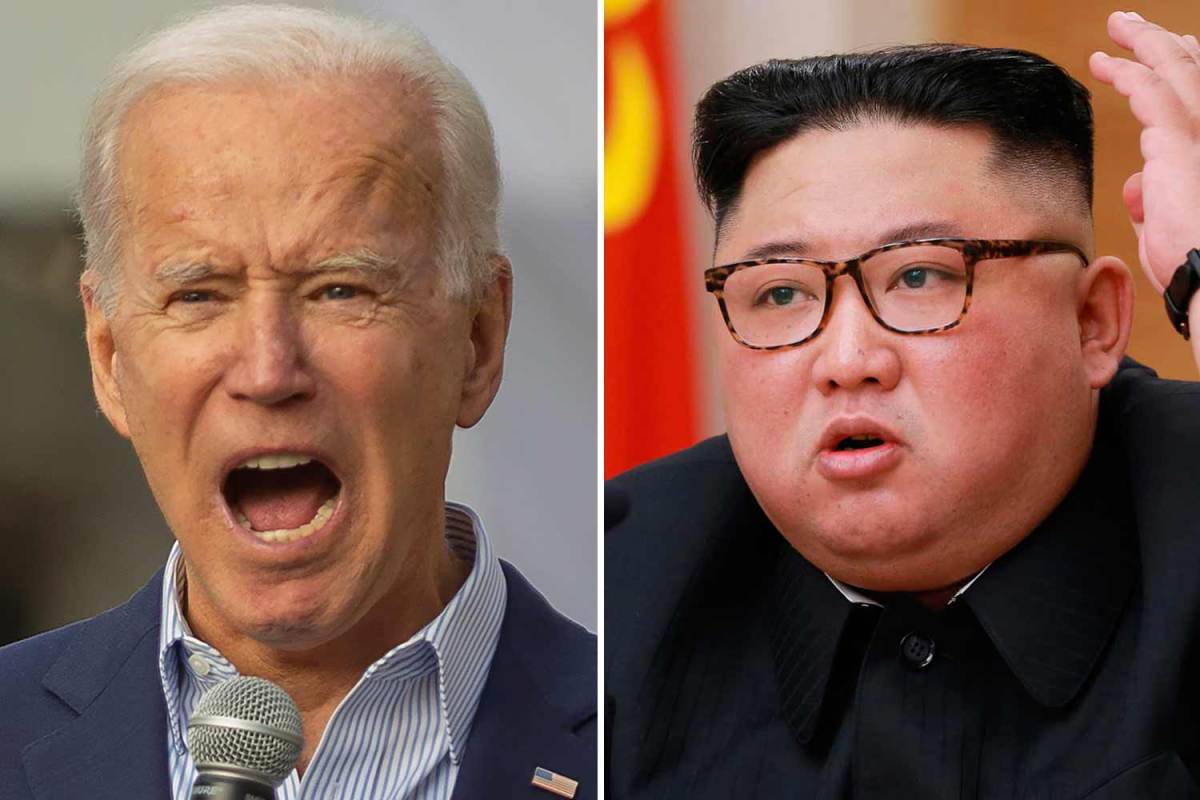 North Korea calls Joe Biden a ‘rabid dog’ who should be ‘beaten to death with...

NORTH Korea has dubbed Donald Trump’s presidential rival Joe Biden a “rabid dog” which needs to be put down for slandering dictator Kim Jong-un.  The official KCNA news agency did not say how Biden… 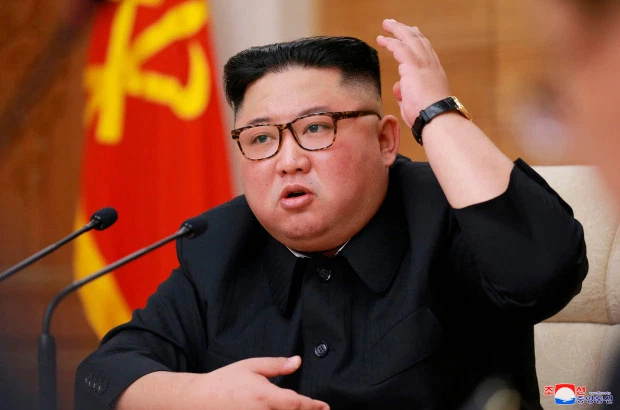 The official KCNA news agency did not say how Biden had insulted the North’s leader, Kim Jong Un, but chillingly said the “time has come for him to depart his life”.

Joe Biden has been very critical of Kim Jong-un in the past
Credit: AP:Associated Press

It was not immediately clear which of Biden’s comments provoked North Korea’s anger. The Democrat has accused Trump of cozying up to “dictators and tyrants” and has been highly critical of his summitry with Kim, calling the meetings “three made-for-TV summits”.

Misspelling Biden’s name, KCNA said the former vice president was showing signs of “the final stage of dementia,” and the “time has come for him to depart his life”.

In a commentary, it said “such a guy had the temerity to dare slander the dignity of the supreme leadership of the DPRK,” using the North’s official name, the Democratic People’s Republic of Korea.

“It was the last-ditch efforts of the rabid dog expediting his death,” KCNA said.

"Rabid dogs like Baiden (sic) can hurt lots of people if they are allowed to run about.

“They must be beaten to death with a stick, before it is too late.”

Official KCNA News Agency
In contrast, the North has credited a “close personal relationship” between Kim and Trump for saving ties between their countries from a destructive pattern of hostility.

Andrew Bates, a spokesman for Biden’s presidential campaign, said: "It’s becoming more and more obvious that repugnant dictators, as well as those who admire and ‘love’ them, find Joe Biden threatening.

“That’s because he’d restore American leadership in the world on day one by putting our security, interests, and values at the heart of our foreign policy.”

In May North Korea’s state media has slammed Joe Biden as an imbecile, a “low IQ individual” who is “seized by ambition for power”.

That came days after the former US Vice President and Democratic presidential candidate slammed Kim as a “tyrant” and “dictator”.

This is why North Korea = Best Korea

This isn’t new. North Korea has been name-calling Joe Biden for a while now, ever since Biden publicly made disparaging remarks about Kim Jong-Un.

They hate him…as do most people.

That’s hilarious. I started calling him “Baizuo Baiden” months ago. 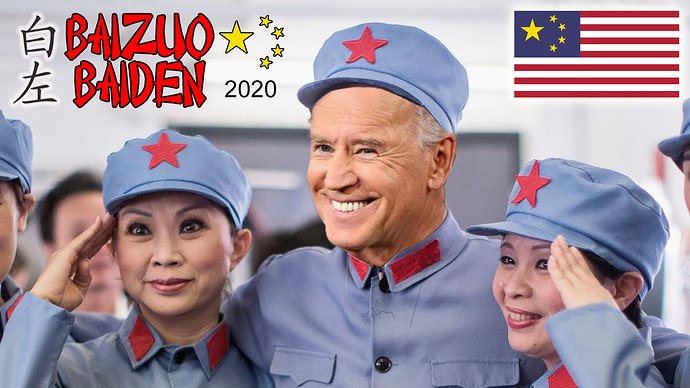 I wonder what Trump gave North Korea to say that?

This is indeed hilarious!

How do we know that CANT be the real Baizuo Baiden?

He would not allow ANYTHING to come between his nose and young girls scalps.

Maybe he promised to give them you.

It’s”Baizuo” which means according to the Urban dictionary:

Baizuo (pronounced "bye-tswaw) is a Chinese epithet meaning naive western educated person who advocates for peace and equality only to satisfy their own feeling of moral superiority. A baizuo only cares about topics such as immigration, minorities, LGBT and the environment while being obsessed with political correctness to the extent that they import backwards Islamic values for the sake of multiculturalism.

The Chinese see the baizuo as ignorant and arrogant westerners who pity the rest of the world and think they are saviours.

Justin Trudeau’s worldview is a low-resolution caricature of an adult’s worldview.

They hate him…as do most people.

That’s unfair. Most people couldn’t care less about him. Just look at his vote totals in previous runs for president. Unlike Trump, he could bludgeon a guy on 5th avenue and everyone would just forget about it in 15 minutes.

Well of course KJU is supporting Trump’s second bid. The two fell in love with each other. And of course, he finished his nuclear power program during the first Trump term without any reprisals.

I wonder what Trump gave North Korea to say that?

Is there a danger to US or the World from this?

Well of course KJU is supporting Trump’s second bid. The two fell in love with each other. And of course, he finished his nuclear power program during the first Trump term without any reprisals.

You DO recall the many, many discussions and news stories, (this is an example of an article) based on the assumption we were going to war with Norko? 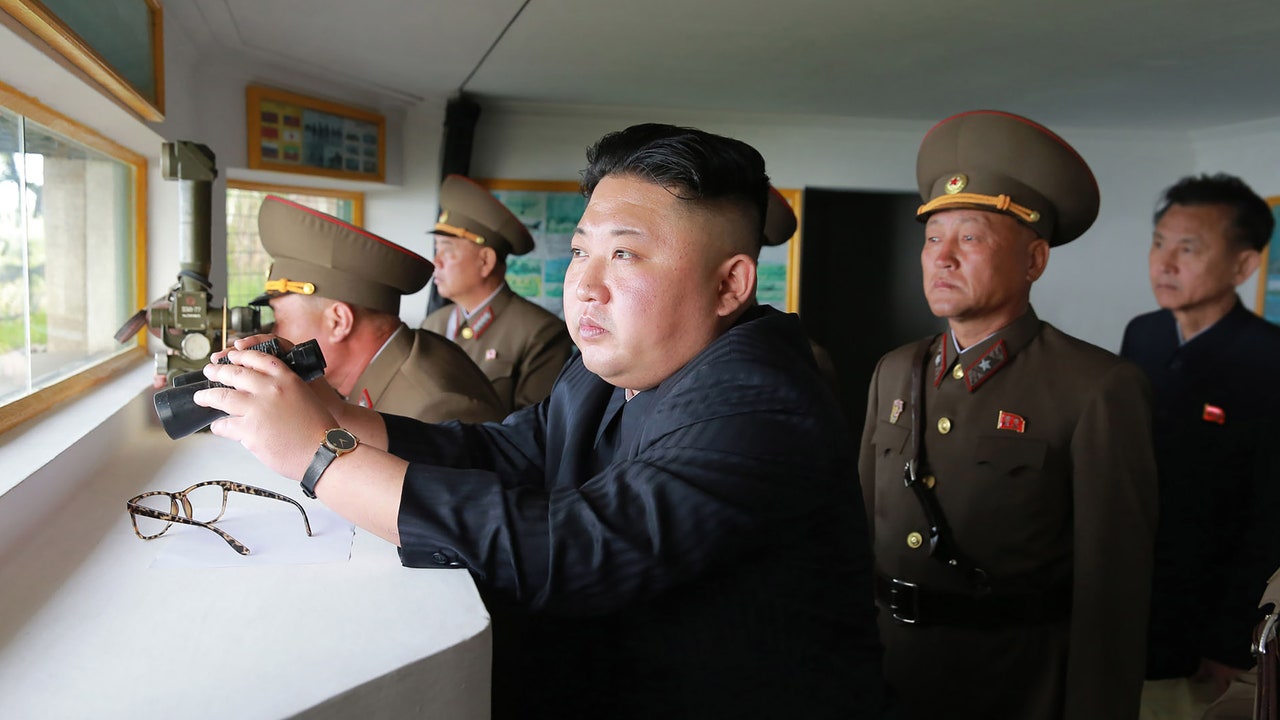 Military experts warn that, while Kim Jong Un’s regime would likely fall, the U.S. could be pulled into an open-ended quagmire.

Trump made that threat disappear.

Why do you persist in posting so negatively & critically of America? 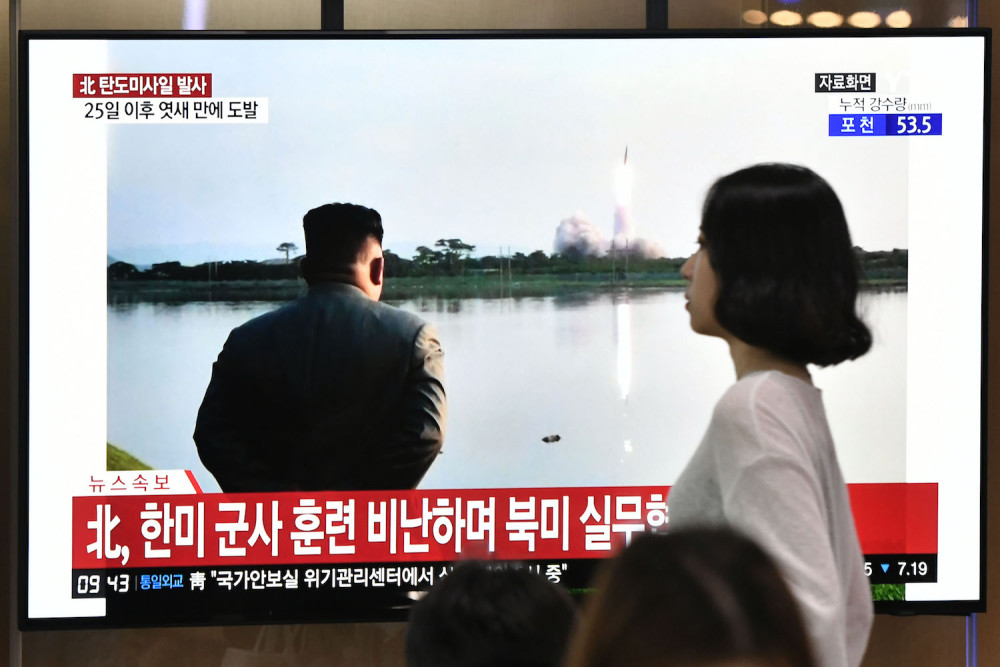 After withdrawing from the INF Treaty, U.S. officials have been worrying about Beijing, but as Washington starts to deploy previously banned missiles in the Pacific,…

You can not undermine our Commander in Chief and NOT weaken or hurt America.

By opposing Trump on this, you are showing contempt for our system of government and election system and by doing that, you would allow the equivalent of termites to silently eat away the support for our leadership.

With enough of that eating away the support for Trump, America would collapse.

We are at war, and you dont help attack our leader during war time and not be accused of being an enemy of America.

Which do you think is better?

You can not undermine our Commander in Chief and NOT weaken or hurt America.

Oh good gawd the mighty. DO NOT tell me that bullshit after what Obama was subjected to by the right. Dissent is the highest form of patriotism. You will always be free to criticize the American president and still be a proud/patriotic American.

He could not stop Norko from getting nukes.

So he did the next best thing.

He gave KJU reasons NOT to use the nukes he already has.

Our ally Great Britain has nukes.

But we dont give them a second thought.

Because they have little reason to use their nukes.

Trump did that with North Korea.

Nuclear powers never use their nukes. (Well accept for the US) They’re a deterrent and Trump has dick to do with any of it.