No Such Thing As A Native American

The first Americans were not Indians, but people from Bable: “So the Lord scattered them abroad from thence upon the face of all the earth: and they left off to build the city.” Genesis 11: These were the mound builders, they were not Indians. These were white people, and they brought black people with them, and when they were crossing the Pacific and began to run out of water and food they dumped the black people off on to islands, that is how the blacks got on the islands, and they were headhunters and piled up pyramids of skulls. But the mound builders, in an evil hour, took blacks for husbands and wivies and had children, these became the Indians!

Should this be in the conspiracy forum…?

Do you have a source for this? 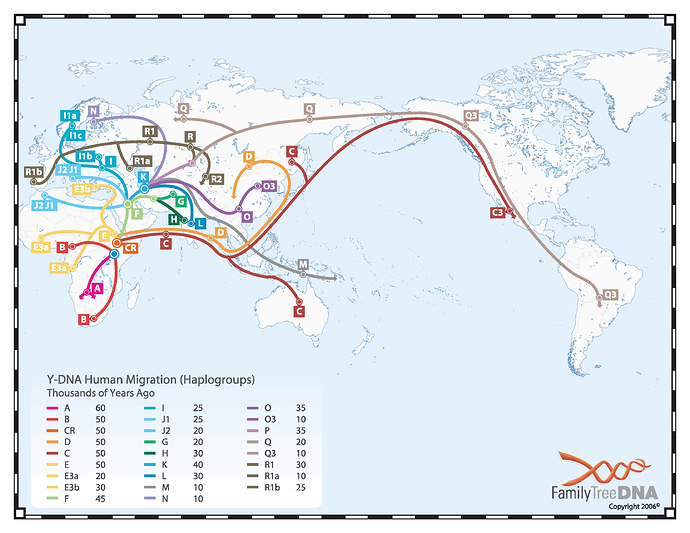 No. Homo sapiens did not originate in Africa. Do you honestly expect someone, in a debate forum, to watch a 50 minute BBC opinion video. Can you make your point in your own words?

Native Americans (so called) came from Siberia. Thus they were Asians.
But there were other races in the Americas.

Strangely, a race very close to the Australian aborigines lived in South America (whose descendants are found at the southern tip of the continent, Tierra del Fuego), but the majority of this people were massacred by the Asiatic “Native Americans.”

There’s actually a compelling body of evidence suggesting that Europeans may well have been the first to inhabit N. America prior to the land bridge.

What’s proffered up by the OP however isn’t supported by any known fact. 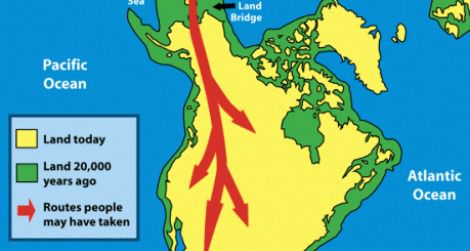 The Very First Americans May Have Had European Roots

Some early Americans came not from Asia, it seems, but by way of Europe

Skeletons that show distinctive Euopean traits such as blonde and red hair, and heights exceeding 6’ which predate the last Ice Age have been found in various places across the US but have always just been unexplained because it didn’t fit the accepted theories.

Genetic studies of American Indians however show distinctive European and West Asian markers showing those skeletons may well have been from Europeans that eventually were just absorbed by the Indian tribes.

They may well have made it here in the same way, across land/ice bridges, by ship, or some combination of both.

There’s a considerable body of evidence that builds each year supporting the idea that modern Humans actually first appeared in what is today Turkey.

Some of the ruins recently discovered there have been dated back over 12,000 years and some may well be considerably older.

Cave paintings recently discovered in France date back more than 30,000 years too and show animals not found outside of Africa before in human history. If those animals actually were roaming around in France when man was rising then odds are it’s far older than imagined. 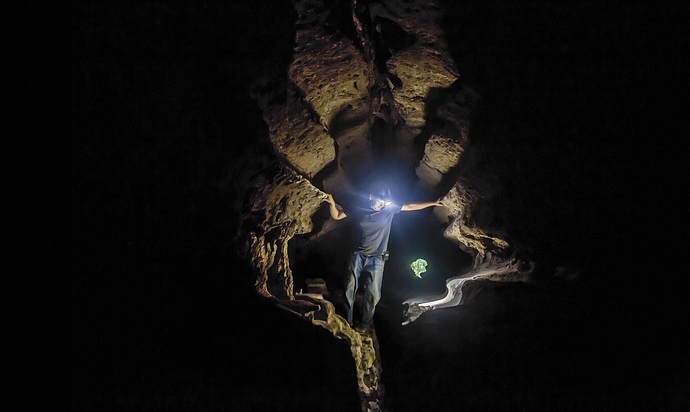 A Journey to the Oldest Cave Paintings in the World

Were the drawing signed and dated? ha
The dating is someone’s guess based on their worldview and nothing else.
Look up Table Of Nations.

No the dating is based on the best science available at any given time.

“Science” is a discipline and can’t say anything. People review the forensics and are all biased. They all put their own spin on what they see.

If you reject everything known to science it’s going to be a very lonely world you’ll one day find yourself in.

Things like Isotopic ratios and decay an’t anyone’s guess, they are based on what we’ve learned and verified in chemistry, math, and physics.

Science knows nothing, science is defined as knowledge. People know stuff and bring their own biases to any conclusion.
Ratios and decay rates are based on a few assumptions made by the researcher.

BTW, folks learn what they are taught by people with biases also.

No they aren’t, they are based on the last hundred years of calculations and experimentation documenting them.

Okay, here is a mental exercise; i.e. C14 decay rate.
You walk in to a room you never were in. You see a candle burning. How tall was it when it was lit?
With C14 the assumption is it was pure when created and decayed from that to contain increasing amounts of N7. That is impossible to know.

BTW, with Carbon-14 measurements, based on scientific research it it has a 1/2 life of a bit over 5,000 years. It is recognized that any more than 10 half lives render C-14 undetectable. Many objects research scientists find measurable amounts of C-14 in found objects they claim are millions of years old. How could that square with the science?

Poor comparison. We know the percentages of C12 and C14 that occur in nature which has been proven experimentally and through observation for more than a hundred years.

Carbon 14 dating is only limited by the best measuring instruments we have which currently can measure atoms in ratios and small as parts per trillion.

Geologic dating and carbon dating are not the same, geological dating is based on layers of sediments deposited over time.