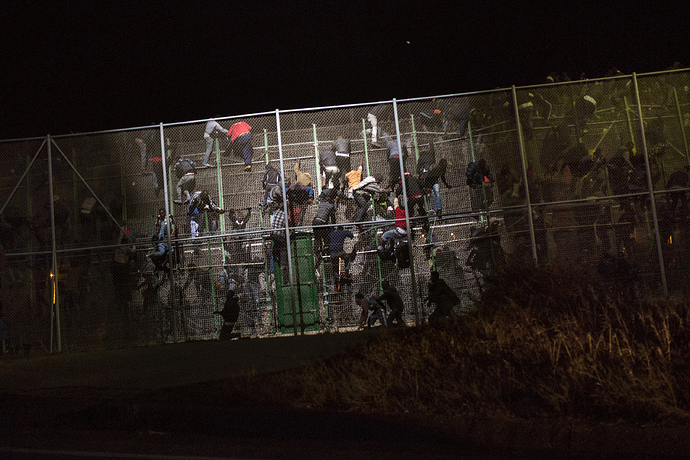 A new peer reviewed study by Danish academics has found that ethnic diversity has a negative impact on communities because it erodes trust.

It turns out that diversity is not a strength after all.

The study, entitled ‘Ethnic Diversity and Social Trust: A Narrative and Meta-Analytical Review’, was conducted by Peter Thisted Dinesen and Merlin Schaeffer from the University of Copenhagen and Kim Mannemar Sønderskov from Aarhus University.

Seeking to answer whether “continued immigration and corresponding growing ethnic diversity” was having a positive impact on community cohesion, the study found the opposite to be the case.

Studying existing literature and also carrying out a meta-analysis of 1,001 estimates from 87 studies, the researchers concluded, “We find a statistically significant negative relationship between ethnic diversity and social trust across all studies.”

Eric Kaufmann, Professor of Politics at the Birkbeck University of London, also tweeted about the study, commenting, “Higher diversity is significantly associated with lower trust in communities, even when controlling for deprivation.”

In other words, mass immigration is eroding community trust and harming society.

“Diversity is a strength” is a glib, onerous, empty aphorism that is shoved down our throats as a piece of received wisdom that only racists would deny.

It may be politically correct, but has no basis in actual reality. 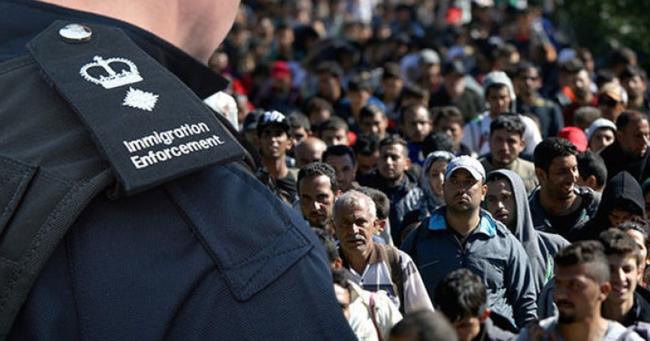 Homogeneity allows us to connect with each other. Lose that and people close off from each other. And its not even about people only associating with people like them. If a place is sufficiently mixed together, people don’t trust anyone, even their “own” group.

This is why multi-racial and multi-cultural cities are basically strangers crowded together.

I’d say it was known since the beginning of time. Think about it, if a man and woman couple are so diverse that they don’t agree on anything, how long would they last as a couple? Diversity is not a strength in a marriage, a business, a church, a club, a family, a country - anywhere. Whoever came up with that term is probably mentally ill and so are others who believe it.

We have to teach our children to be careful of Muslims, not because we want to or because we’re racists, Islamophobes etc., It’s because ALL practicing Muslims are radicalized to the point that they view all non-Muslims as less than human. We have to teach our girls to be careful around any Muslim or any third worlder for that matter, and prepared for sexual assaults, that happen a lot more now that the US and EU have imported so many economic migrants. We don’t wanna teach them these things, we want them to be happy and enjoy life, but we can’t do that anymore because of the threats these people brought to our countries. I don’t wanna say these things, I don’t hate these people, it’s just facts these days. Just look how Sweden and Germany have been devastated because of their choices. People are afraid to leave their houses, churches are attacked, cars being burnt, police are helpless, rapes have gone up considerably, etc. A real disaster! We don’t want that toxic shit in our countries…but here it comes!

The only sense in which diversity is a strength is when it is used as a weapon against the west.

I think we’ve seen enough proof that diversity is an excuse the left uses to replace the people who will not vote for them.

I’d say it was known since the beginning of time.

Of course it has. Tribes never trusted those from other tribes or who looked different than they did.

What is amazing is they had to do a study on it to confirm what those of us with common sense have known all along.

Yes - people are different and when we all do our own thing, in our own places, that’s what makes things diverse! Forcing different people to live together is a recipe for disaster!

Diversity is a strength?
Look what happened to Boeing.

No, Muslims are not a threat.
It’s the people of banking who pretends to be your friend, while financing destructive forces inside and outside.

I think you are right. However, I think both are a threat. Islam is entirely incompatible with the West and wants to take over everything and everyone that it comes across. It is a plague on humanity and should be wiped out wherever it is found.

Islam and Christianity can coexist peacefully.

In Turkey, Muslim Turks and Christian Armenians lived peacefully for centuries, until Young Turks (whose ethnicity I will not discuss here) took over power.

Same for Palestine. Muslims, Christians and ■■■■ lived peacefully for centuries until Zionists began to arrive.

I think the conflict between Hindus and Muslims in “Hindustan” was equally manipulated. As you know, India has one of the largest Muslim populations in the world.

Moderate Muslims are/will be the victims of militant/fundamentalist (Wahhabist) Islam just as much as we non-Muslims; but installing Muslims into non-Islamic countries just makes it so much easier for radical Islam to eventually prevail, because some of those ‘Muslims’ will be Islamist ‘sleepers’. By not assisting Assad and the Russians in Syria 5 years ago, the West has missed it’s opportunity to stand a chance against Islamic State and all the other affiliated branches of fundamentalist Islam. But que sera sera?

Tell the 1,500,000 Armenians murdered in Turkey that Islam is a peaceful religion/political entity.

Bat Ye’or has suggested that “the genocide of the Armenians was a jihad”.[38] Ye’or holds jihad and what she calls “dhimmitude” to be among the “principles and values” that led to the Armenian Genocide

My philosophy, I keep a low profile, stay under the radar. I am a law abiding citizen. Please leave me to my own devices, and I will not whack you with a stick ( or worse ). Beware of the quiet man.

It’s the Turks.
Average Muslims in India, let’s say, had no quarrel with Christian Armenians.

But, it was adherents of Islam who waged/is waging genocide against Christian Armenians.