You said that my assessment was subjective.

Offer yours or bow out.

I think that’s what I did…

What do people from your neck of the woods do when they are falsely accused and are forced to fight off attacking wolves?

Trump is not as close to Bibi as you might think.

PS
I pointed out elsewhere that Trump’s move of the American Embassy from Tel Aviv to Jerusalem was already in his campaign pledge.
Trump sent missiles to Syria only symbolically without causing any serious damage to the government or the Russian military.

Everybody from all necks of the woods fight all charges and accusations regardless of their legitimacy.

He kept us out of a stupid Middle East entanglement that would distract us from the domestic campaign of conquest being waged inside of America by the Leftists.

He saved US lives and treasure.

He cut off reasons Islamists would cite for wanting to be allowed to come here to settle.

He is not being manipulated by Islamists.

I dont see a name.

Maybe you forgot to post someone’s name who you feel is a better leader or champion of freedom than Bibi or Trump.

I told you that it’s too subjective, rather pointless.

He saved US lives

That is correct.
But the question remains how independent he will be from domestic Zionists (or Israel-firsters).

Creation and puppet of the CIA

There are various factions inside the USA.
Trump represents one faction that wants the US out of the Middle East (and Central Asian) mess.

So you are a US foreign policy expert now?

Are you an expert on China even though you never lived here! That’s a good one Digipoopoo! Used Google translate lately?

Let’s see the litany of bullshit you expose here? According to your statements,

You are an expert of the US Constitution, speaks fluent Hebrew, expert at middle eastern culture, expert at military weapons, now you are a US foreign policy expert who is fluent reading Chinese. You basically tell so many lies here that I am not even sure you can keep up with the stories you tell yourself Everyday! Sounds like you are trying to live out your many personalities in way of fantasies on the internet and must suck knowing you don’t live in reality most of the time!

You wont be allowed this graceful way out of a debate exchange all the time.

But this time, okay. 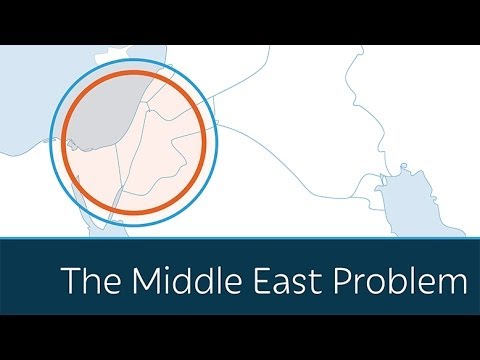 Islamists are Muslims and (I guess) their proxies (be they well informed on Islam or not) who advocate the conquest of all non Muslim governments and the imposition of Sharia law or aid those who do.

Why didn’t the Arab states accept Israel in 1948?
Because the Arabs knew that the conflict would spread throughout the entire Middle East (and beyond) unless the problem is nipped in the bud.

So, to use an analogy, it was right for native Americans to be annihilated so that the peaceful development of the US North American continent could take place.

And, I cant say that this was wrong.

But, the ■■■■ have every right for staking a legitimate claim on the nation of Israel as there exists.

Deed from God.
Continued occupancy for 5,000+ years.
The Balfour Declaration.
Winning acceptance as a state in the UN.
Winning multiple battles (though surrounded and outnumbered on the field of battle) to defend their statehood and sovereignty from attacks.
Fair treatment of Arab Israelis.
Always willing to negotiate a fair peace with it’s neighbors.
The world’s ONLY homeland for ■■■■■

What more can they do to establish their legitimacy?

Well, the result is pretty much a given.

So, to use an analogy, it was right for native Americans to be annihilated so that the peaceful development of the US North American continent could take place.

Well besides being a contradiction, no. The answer is NO.