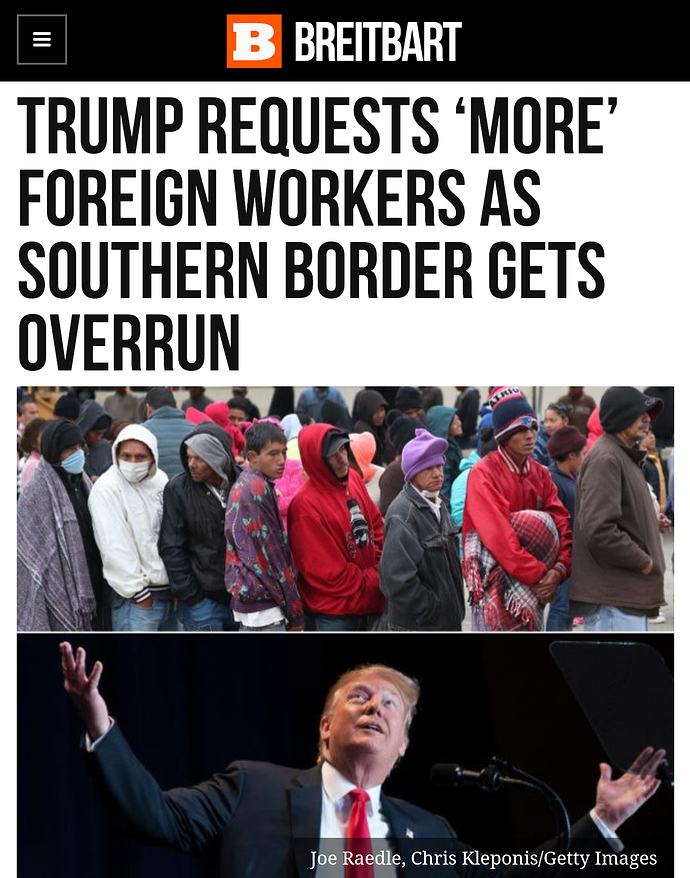 President Trump continues to request “more” foreign workers enter the United States to take American jobs that would otherwise go to sidelined U.S. workers as the southern border is overrun with record levels of illegal immigration.

For a month, Trump has made requesting more legal immigration to the country — beyond the already historically record levels of more than 1.2 million new legal immigrants a year — part of his stump speech.

The push for more legal immigration was first made in off-the-cuff comments at his State of the Union address, where he said he wanted to admit “the largest numbers ever” of legal immigrants to the country.

For the fourth time in a month, during a roundtable with business executives and U.S. job outsourcers like Apple CEO Tim Cook and IBM CEO Ginni Rometty, Trump said, again, he wanted to increase legal immigration levels to benefit the profits of corporations.

The comments are a direct rebuke of the president’s commitments in 2015, 2016, and 2017, where he vowed to reduce overall legal immigration levels to boost the wages of U.S. workers and reduce the displacement of America’s working and middle class.

Simultaneously, while Trump requests more foreign workers to take U.S. jobs, foreign nationals have shown up in record numbers to the southern border — most of whom want American jobs. The continuing increase in illegal immigration has seemed to some to be a result of Trump’s promotion of wanting more foreign workers.

“That Mr. Trump would advance the interests of the globalist elites ahead of our citizens would be a tragic reversal on any day,” Dobbs said. “But today … that the southern border is being overrun by a record number of illegal immigrants, it all means that the White House has simply lost its way.”

In the month of February, there were more than 76,000 illegal border crossings and inadmissible foreign nationals, the most in this month in 12 years — a record for Trump’s administration. These border crossers are first apprehended, but the majority will be released into the interior of the country.

Researchers and Department of Homeland Security (DHS) officials project there will be anywhere between 840,000 to close to a million illegal border crossings this year, with up to 500,000 illegal aliens successfully crossing into the U.S.

The vast majority of illegal aliens and border crossers continue to be from Mexico and Central America. The Center for Immigration Studies (CIS) has noted that nearly 78 percent of Hondurans arriving at the southern border come to the country to look for jobs, which is not an eligible asylum claim. Likewise, more than 91 percent of Guatemalans arrive in the U.S. to also look for work.

The globalist political establishments have previously praised mass migration of economic migrants as a necessity to fill labor shortages, though wage data and job data reveal that no such labor shortage exists.

Trump’s move away from his “America First” legal immigration reforms — which included a pause on all immigration until the country was at full employment — remains out of step with voters. Most recently, a Harvard/Harris poll found that 3-in-4 Americans favor politicians who support an immigration system that benefits the job prospects and wages of U.S. citizens — not corporations and employers.

Similarly, polling Pulse Opinion Research has consistently revealed that, over the last two years, American voters have vastly preferred reducing legal immigration levels as opposed to increasing levels. As of March 2018, more than 6-in-10 voters said they wanted to see less immigration to the U.S. 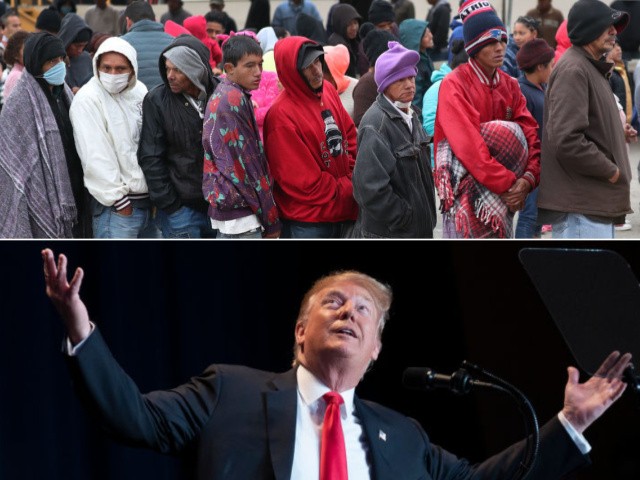 There is no such thing as 4D chess. All of us who supported Trump at the expense of relationships with our family and friends have been stabbed in the back.

We don’t need more of anyone in this country right now. The idea back in 2016 was that we had too many people and that we needed to get rid of a lot of them.

I don’t think we need to take in a single immigrant until every US citizen has a job.

I blame the farmers for this. They have been bitching up a storm since Trump put tariffs in place. So in exchange for their total failure to mechanize their industry, Trump is throwing them a bone and easing up on immigration enforcement.

What do we get for this?

Shitty GMO crops that are covered with chemicals and unrestrained mass migration of Central Americans, for the next two years.

I blame the farmers for this.

I blame Trump for this. Immigration was the central point of his campaign. He could have given up or compromised on anything else and I think the base would still be 100% behind him. But this? Nope. This flies in the face of everything he said on the campaign.

When I voted for Trump I didn’t vote for more immigration legal or illegal. I voted to put an end to the limitless immigration into this country. That hasn’t happened.

Except he said over and over he was all for legal immigration during his campaign. How did you miss it?

During a 2016 campaign stop in Illinois, then-candidate Donald Trump invited to the stage a man wearing a shirt that read: “Legal Immigrant For Trump.”

Asked to say a few words to the crowd, the man chastised the media for missing a fundamental aspect of Trump’s candidacy: that he was opposed to illegal immigration, not legal immigration. Trump repeatedly patted the man on the back and told him, “I totally support it.”

“People are going to come into our country,” Trump said. “We want people to come in. But they’ve got to come in, like you, legally. My man.”

President Trump continues to request “more” foreign workers enter the United States to take American jobs that would otherwise go to sidelined U.S. workers as the southern border is overrun with record levels of illegal immigration. 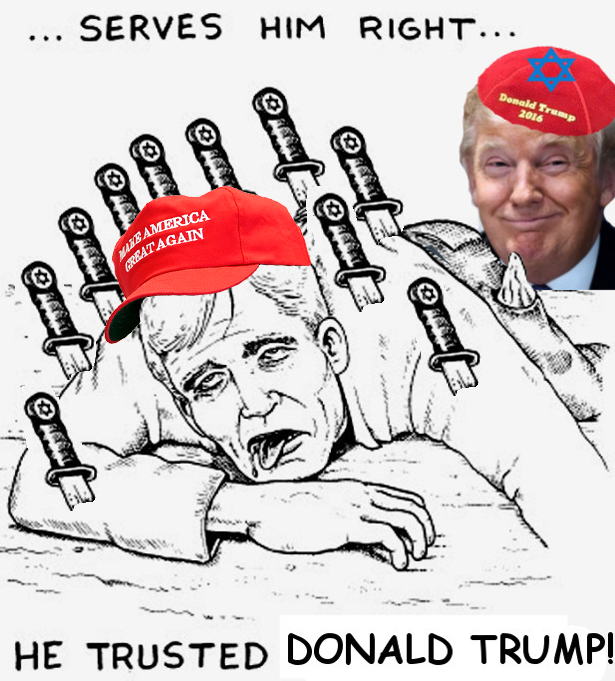 Which is what he is calling for now as well.

I have no issue with legal immigration, neither does Trump.

I have a problem with illegal immigration and those rushing our borders trying to claim asylum because they won’t stay in their own country and fight to change it.

The author is rather stupid. Legal Immigration and illegal immigration are NOT the same.

It’s a common ploy to use against Trump… and Trump supporters. That’s why they are adamant that the word “illegal” is dropped from the term “illegal immigrant”. But only their own TDS eaten minds are fooled.

That’s why they are adamant that the word “illegal” is dropped from the term “illegal immigrant”.

They try to apply the same to Trump’s claim that the fake news media is the enemy of the people. They conflate it to “Trump is against freedom of the press”. He’s not. He’s against a lying and biased press.

Freedom of the press was created BECAUSE the Press was never supposed to be biased. It was never meant to be owned by six corporations worldwide who now tell us what to think. There is no independent media anymore. Those days are behind us.

What difference does “freedom” of the press make when the “press” is owned by the same people writing the narrative they report?

There is no independent media anymore. Those days are behind us.

I disagree! There certainly is independent media, you just need to find and support them. Oh and BTW, cut the fucking cord! Your life will improve as a result!

And you’d be wrong.

The 6 Companies That Own (Almost) All Media [INFOGRAPHIC]

This infographic shows you how six companies control (almost) all media options in the US.

I am not talking about these six media corporations, I am talking about independent media. They exist! Do you want me to list them for you?

The independent media companies who can’t compete with the other 6 who control the other 90% of the media? Sure. Not that it matters.

Again I am not talking about the 6 media corporations and you are talking in circles here! There is independent media and I follow them.

These are just a few as there as many more to list! So your statement is false! And no the 6 media corporations do not own these I listed!

Speaking of not competing, MSNBC, CNN, NBC, CBS all have seen steep declines in viewership, and those numbers continue to go down.

Herring Networks Inc. announced that One America News Network, and A Wealth of Entertainment have concluded a master distribution agreement with the Canadian Communication Systems Alliance, CCSA, which represents over a hundred video providers across Canada.

A distribution agreement is what it says, airtime. WTF is your problem? If you don’t like it then stop bitching about it and stop watching it! Its quite simple!

Right, because they’d never limit airtime for something they don’t agree with. That’s how all media companies work, right?

Are you aware just how powerful those 6 companies are?

It’s not just news and information, take for example. Whether it talk or or oldies/rock and roll stations. They feed a steady diet of left-wing propaganda mixed in with their music.

Or your standard sitcom, it has left-wing propaganda hell even most of advertisement are propaganda.

We (right wing) haven’t even scratch the surface compared to left-wing.