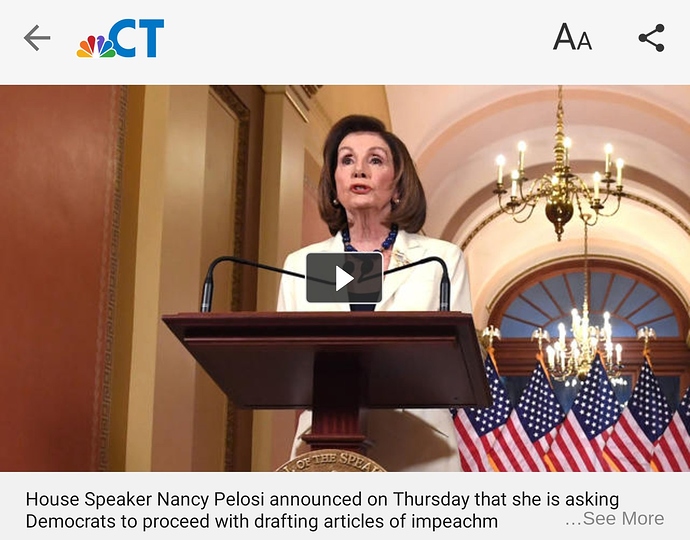 Here’s a really biased article doing the work that Democrats and the DNC have totally failed to do regarding their idiotic quest for impeachment. Pelosi is committed to getting the impeachment done and it is my sincere hope that this backfires on the Democrats so badly that they won’t be able to recover from it. This might just be the ticket to getting these old miserable bastards out of office.

House Speaker Nancy Pelosi announced Thursday that the House is moving forward to draft articles of impeachment against President Donald Trump, calling his actions toward Ukraine “a profound violation of the public trust and the Constitution.”

“Our democracy is what is at stake,” Pelosi said in her solemn announcement. “The president leaves us no choice but to act because he is trying to corrupt, once again, the election for his own benefit. The president has engaged in abuse of power, undermining our national security and jeopardizing the integrity of our elections.”

She delivered the historic announcement as Democrats push toward a Christmastime vote on removing the 45th president.

Pelosi said she was authorizing the drafting of articles of impeachment “sadly but with confidence and humility.”

“In America, no one is above the law,” Pelosi said.

Trump tweeted ahead of Pelosi’s announcement that if Democrats “are going to impeach me, do it now, fast.” He said he wants to get on to a “fair trial” in the Senate.

Trump is alleged to have abused the power of his office by putting personal political gain over national security interests, engaging in bribery by withholding $400 million in military aid Congress had approved for Ukraine; and then obstructing Congress by stonewalling the investigation.

“If we allow the president to be above the law we do so, surely, at the peril of our republic,” Pelosi said Thursday.

A fourth expert called by Republicans warned against rushing the process, arguing this would be the shortest of impeachment proceedings, with the “thinnest” record of evidence in modern times, setting a worrisome standard.

“Never before, in the history of the republic, have we been forced to consider the conduct of a president who appears to have solicited personal, political favors from a foreign government,” said Rep. Jerrold Nadler, D-N.Y., chair of the Judiciary panel, which would draw up articles of impeachment.

“We cannot wait for the election,” he said. " If we do not act to hold him in check, now, President Trump will almost certainly try again to solicit interference in the election for his personal political gain."

Trump, attending a NATO meeting in London, called the hearing a “joke” and doubted many people would watch because it’s “boring.”

Once an outsider to the GOP, Trump now has Republicans’ unwavering support. They joined in his name-calling the Judiciary proceedings a “disgrace” and unfair, the dredging up of unfounded allegations as part of an effort to undo the 2016 election and remove him from office.

“You just don’t like the guy,” said Rep. Doug Collins of Georgia, the top Republican on the panel. Trump rewarded some of his allies with politically valuable presidential tweets as the daylong hearing dragged into the evening.

At a private meeting Wednesday, Democratic lawmakers delivered a standing ovation to Rep. Adam Schiff, whose 300-page Intelligence Committee report cataloged potential grounds for impeachment, overwhelmingly indicating they want to continue to press the inquiry rather than slow its advance or call a halt for fear of political costs in next year’s congressional elections.

Meanwhile, Trump’s team fanned out across the Capitol with Vice President Mike Pence meeting with House Republicans and White House officials conferring with Senate Republicans to prepare for what will be the first presidential impeachment trial in a generation.

White House Counsel Pat Cipollone, who has declined for now to participate in the House proceedings, relayed Trump’s hope that the impeachment effort can be stopped in the House and there will be no need for a Senate trial, which now unlikely.

White House officials and others said Trump is eager to have his say. Sen. Roy Blunt, R-Mo., said, “He feels like he has had no opportunity to tell his side of the story.”

Trump lambastes the impeachment probe daily and proclaims his innocence of any wrongdoing at length, but he has declined to testify before House hearings or answer questions in writing.

At the heart of the inquiry is his July phone call asking Ukraine to investigate rival Democrats including Joe Biden as he was withholding aid from the ally, which faced an aggressive Russia on its border.

Noah Feldman, a Harvard Law School professor, said he considered it clear that the president’s conduct met the definition of “high crimes and misdemeanors.” Said Michael Gerhardt, a University of North Carolina law professor, “If what we’re talking about is not impeachable … then nothing is impeachable.”

The only Republican witness, Jonathan Turley, a law professor at George Washington University, dissented from the other legal experts. He said the Democrats were bringing a “slipshod impeachment” case against the president, but he didn’t excuse Trump’s behavior.

“It is not wrong because President Trump is right,” Turley said. “A case for impeachment could be made, but it cannot be made on this record.”

Asked about that, Trump told reporters he doesn’t know why Giuliani was calling the White House Office of Management and Budget, which was withholding the military aid to Ukraine.

“You have to ask him,” Trump said. “Sounds like something that’s not so complicated. … No big deal.”

Based on two months of investigation sparked by a still-anonymous government whistleblower’s complaint, the Intelligence Committee’s impeachment report found that Trump “sought to undermine the integrity of the U.S. presidential election process and endangered U.S. national security.” When Congress began investigating, it says, Trump obstructed the investigation like no other president in history.

Republicans defended the president in a 123-page rebuttal claiming Trump never intended to pressure Ukraine when he asked for investigations of Biden and his son.

While liberal Democrats are pushing the party to incorporate the findings from former special counsel Robert Mueller’s report on Russian interference in the 2016 election and other actions by Trump, more centrist and moderate Democrats prefer to stick with the Ukraine matter as a simpler narrative that Americans understand.

Democrats could begin drafting articles of impeachment in a matter of days, with a Judiciary Committee vote next week. The full House could vote by Christmas. Then the matter would move to the Senate for a trial in 2020. 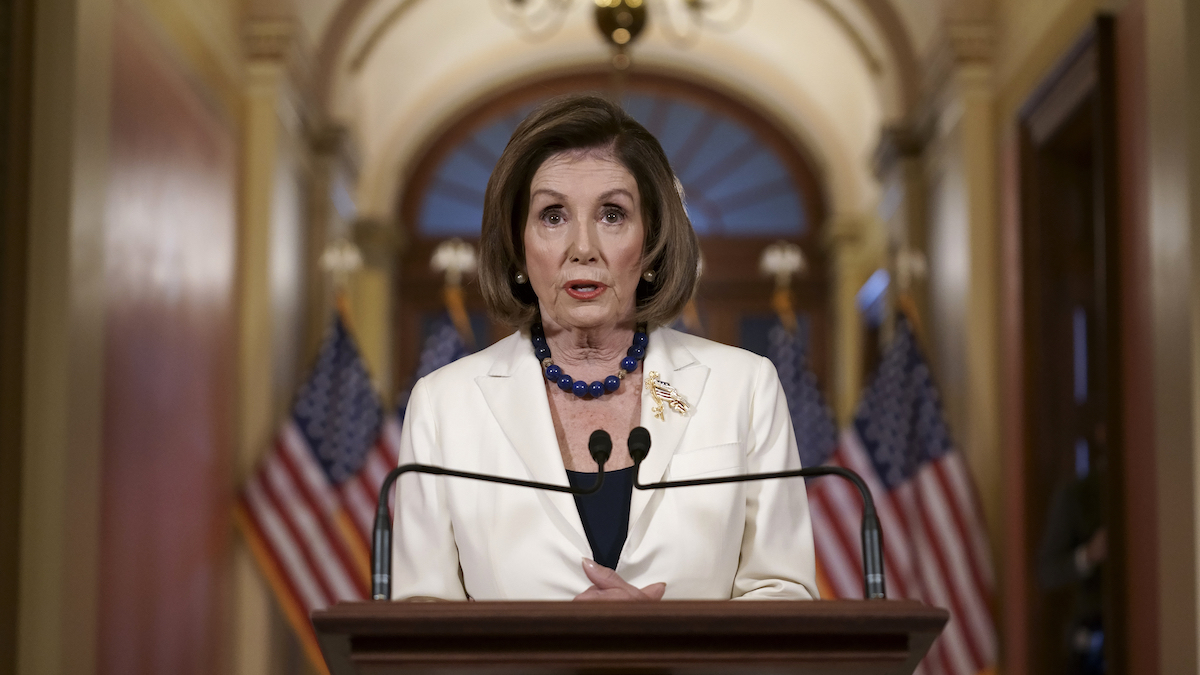 House Speaker Nancy Pelosi announced Thursday that the House is moving forward to draft articles of impeachment against President Donald Trump, calling his actions toward Ukraine “a profound violation of the public trust and the Constitution.”

This is all to cover for Joe Biden and the Obama administration.

They were funneling money to the Ukraine and using it to enrich themselves.

They should all be going to prison for this.

Well this was pretty much a given. Trump will have the same asterisk beside his name as two others. But he’ll be spared conviction by his accomplices in the senate like Lindsey Graham who declared the moment Nixon defied subpoenas was the moment he became impeachable… funny how things change when the shoe is on the other foot.

This is all to cover for Joe Biden and the Obama administration.

Really…If there was wrong doing, why doesn’t Trump just direct his DOJ to investigate it instead of asking the “corrupt” Ukrainian government to do so.

Do you not understand how treaties work? If the crime happened in Ukraine then the most appropriate people to conduct the investigation would be criminal justice officials in Ukraine.

What crime, and what of Trump’s alleged concern about Ukrainian corruption, so much so that he allegedly withheld security aid from them over it…

We have 63 FBI Legats around the world for just such purposes.

What crime was committed to justify impeachment?

Everyone knows the answer to that question! It was the crime of winning the 2016 election against Hillary Clinton! It’s an unforgivable offense.

Presumably you did not watch the hearings yesterday.

Presumably most of America didn’t as we had jobs to go to. Must be nice for unemployed leftists collecting welfare to sit around glue to the action all day.

Well you know nothing about me but a personal insult is typical of the red hatters.

I didn’t say anything about you personally. I said most Americans didn’t have the opportunity to watch the impeachment hearing yesterday because they had to go to work. If you don’t have to go to work then that’s fine I guess, but I have to wonder why.

No…that was just an example of the type of person able to sit at home and willing to watch the impeachment shitshow for their own personal amusement.

Stand up and be counted though! You seem to have really enjoyed it!

Yes, and clearly that was me yesterday as my post implied. Actually I was painting my living room with the TV on. By design. 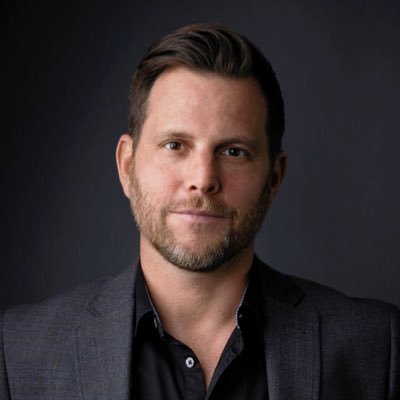 Nancy Pelosi is right out of an episode of The Golden Girls as the self-righteous neighbor who they all really hated. https://t.co/rkLXqauSjO
megan December 5, 2019, 5:31pm #17

She sounds like a crazy old drunk woman who escaped from the nursing home with someone else’s dentures in her mouth.

Did anyone catch her doing that weird signal in the video? She’s signaling deep state to do a false flag.

Didn’t she do something like this once before and then someone got busted trying to smuggle weapons to a Trump rally?

Maybe I’m making that up but I seem to distinctly remember that. Might have been on a different timeline though.

Didn’t she do something like this once before and then someone got busted trying to smuggle weapons to a Trump rally?