I can’t make a list of five that doesn’t overlap.

1 Dr, Zhivago, Apocalypse Now, The Patriot
2.Paths of Glory, Full Metal Jacket, Spartacus, El Cid, On the Beach, Dr. Strangelove
3. Bridge over the River Kwai, Lawrence of Arabia.
4. Zulu, Last of the Mohicans, The Alamo (John Wayne, John Ford ), a bunch of John Wayne movies, Heavens Gate, 55 Days at Peking, Patton, MacArthur
5. Deer Hunter, Braveheart, Guns of Navarone a bunch more, Ran, Fires on the Plain, The Victors
And a bunch of others. Epics are best

Yeah I forgot to add that. Also the Movie MacArthur, is pretty great.

Thanks, I forgot that most horrific movie.

Inglorious Bastards, yes it really was that bad

Any civil war movie where the racist rednecks in the South get massacred.

I love the movie but it’s hard for me to count it as a real war film, It’s crazy dark comedy.

Saving Private Ryan is good at the beginning and the end.

Yet another hit and run expert.

Thanks for dropping by and dropping fecal matter on the site.

Says the guy who’s avatar represents the biggest murderers and most horrendous evil in history.

Rednecks are angels compared to Communists

Got to love the leftist slime that do the hit and run at this site contributing nothing but hate.

Amazing the party of intelligence has yet to realize the civil war is over and history that they can re-write.

SURE was a great movie Inglorious Bastards

David epitomes the party of hate. He pretty much proved what a immature asshole looks like with a statement like that!

A movie I forgot about, which won the Venice Film Festival, “Lebanon”. It is an excellent character study with excellent battle scenes. It is about a single tank crew and its military endeavor for a 24 hour period. Find either the dubbed English version or subtitles. Really great movie!

Has no one mentioned, “The Longest Day?”

At the time is was a great film. It gets a little too Hollywoody, with the huge cast, and corny but it was still a great war movie.

Also wanted to mention, “The Wings of Eagle,” with John Wayne. I saw it again recently and think it is one of John Wayne’s best film. Very moving.

Another one that is almost unknown is “The Victors.” 1963 (a year after “The Longest Day,” ) It was another ensemble cast, wide screen black and white. It was made by Carl Foreman after he made “The Guns of Navarone.”

The Victors, was a very dark Anti-war film. Some of the Hollywood blacklist writer, directors like Foreman, were actually just misguided peace-nicks I think. "War is Bad, " so "let’s become loving, Beverly Hills commies. "

Foreman was even in Trouble when, western, High Noon was interpreted as commie propaganda by critics. It really shows how dumb the McCarthy trials ended up and gave a bad name to American Patriotism. There is a John Wayne interview on youtube where he tells why he hated High Noon. I agree with what he said, but in general, the message never got out to movie goers who couldn’t figure out what the fuss was about.

Most of the blacklisted people were excellent writers but their intelligence ended there, when they joined shallow commie stupidity. So they were dumb on both sides. It was like spoiled Hollywood/Beverly Hills elite show biz, up against stuffy, Washington DC paranoids. A moment in time. That was why “breaking the blacklist,” became a heroic thing in the minds of the movie-going public and McCarthy was ridiculed as a kook. All handled very badly.

At any rate, “The Victors,” was a heavy movie, hidden away in vaults that is impossible to find unless you have a region 2 DVD player. Not even on Turner Classic Movies.

EDIT: IT OCCURED TO ME IT MIGHT BE ON YOUTUBE AND HERE IS THE WHOLE MOVIE…FREE…WATCH ON SMART TV IF POSSIBLE Nothing automatically unpatriotic about “anti-war” films.

Showing the stupidity of war, does not automatically, mean it’s commie propaganda.

Even John Wayne war movies showed the stupidity of war.

Obviously, it is stupid to ignore threats from other country’s and war is necessary at those times, but in the bigger picture, war is a curse of stupid humankind. 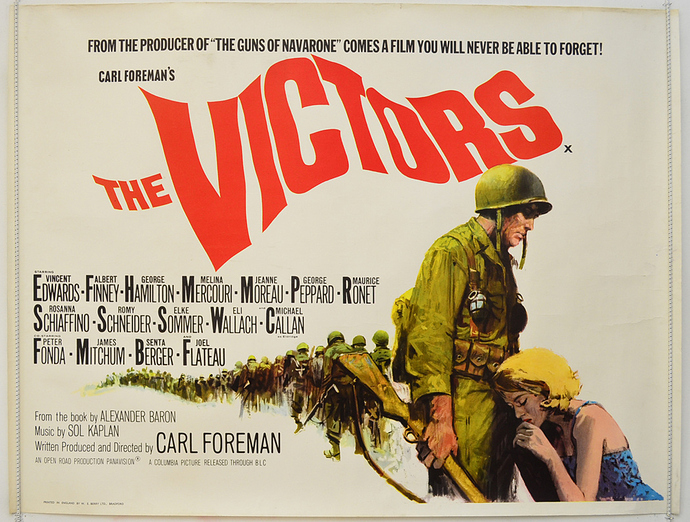 One of the most underrated movies is “First They Killed my Father” based on the Khmer Rouge invasion of Cambodia. 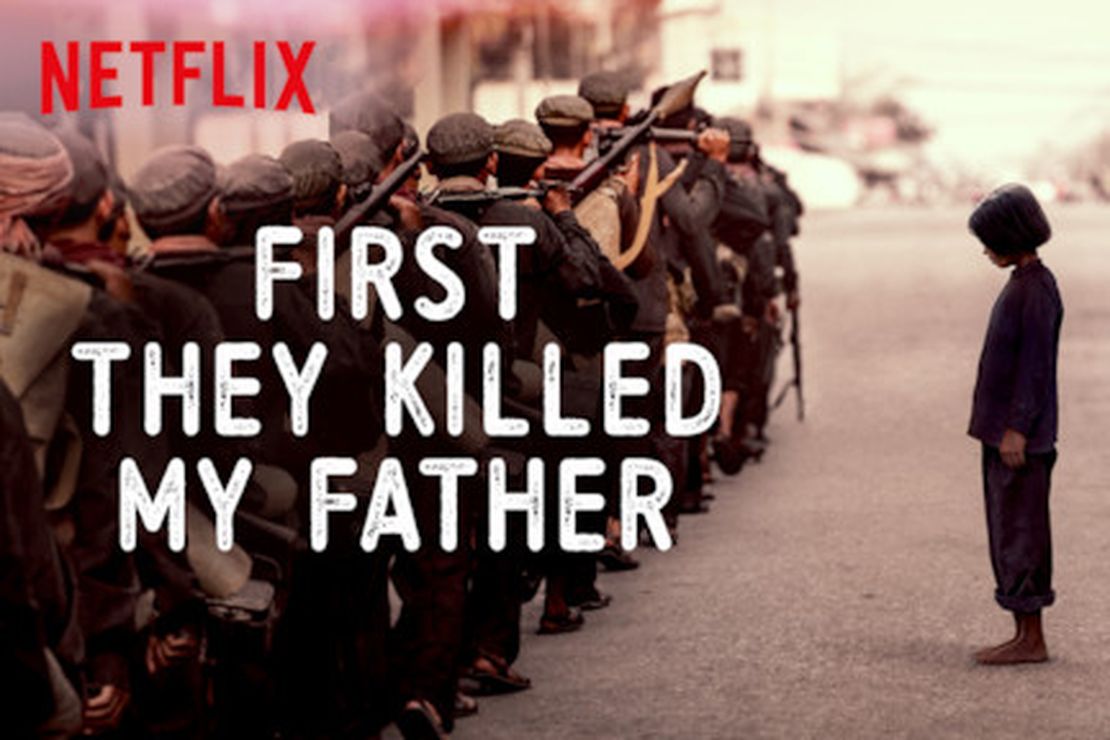 Netflix's film about the Khmer Rouge in Cambodia, First They Killed My Father, is essential viewing — an important reminder and warning.

I found this video, “10 Anti-war films you must see before you die.”

I have seen some of these, Jbob in the OP mentioned one I want to see, “Come and See.” as mentioned in this video. 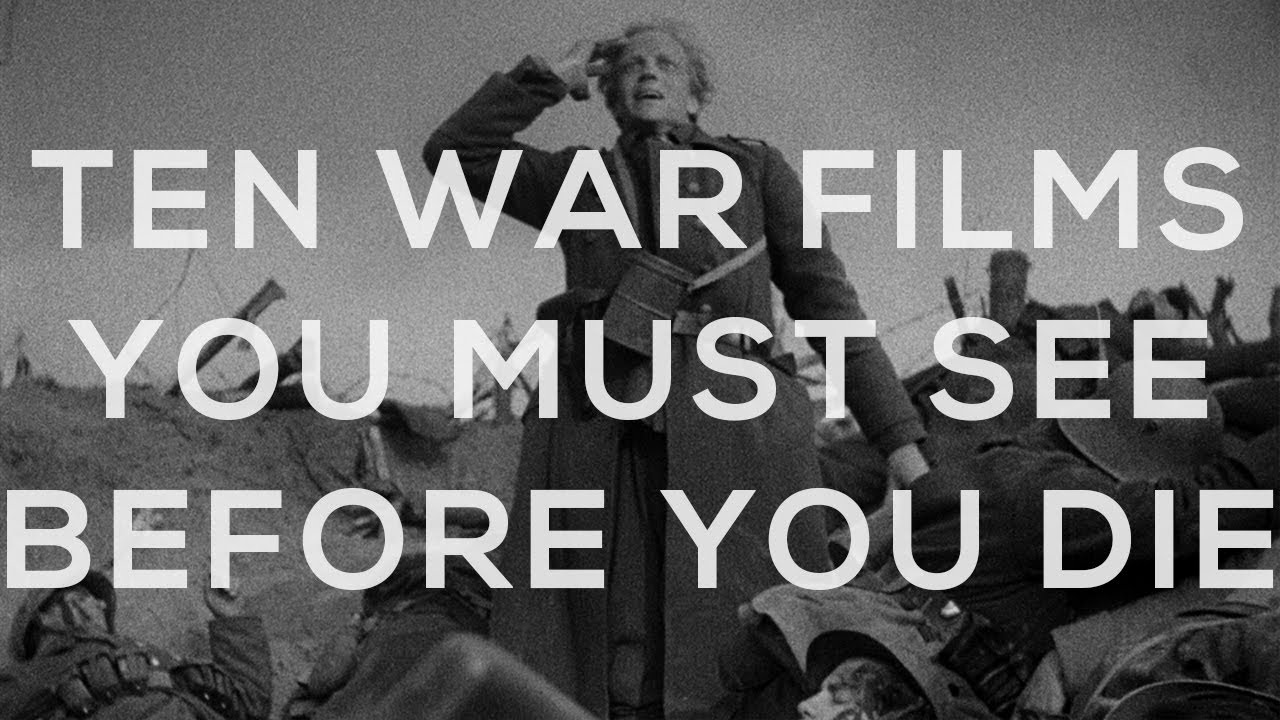 One of the most underrated movies is “First They Killed my Father” based on the Khmer Rouge invasion of Cambodia.

I saw this a while ago. Too bad Netflix became so twisted and everyone has to cancel. This is a good film.

Seeing this trailer reminds me of some other harrowing war films, “The Killing Fields” and Oliver Stone’s, “Heaven and Earth.”

Years ago I knew a family from Japan who suffered under the Khymer Rouge. they were being relocated in long lines out of Cambodia, and I’ll never forget they told how many people were wrapped in barbed wire, set on fire and rolled down hill.