Wow! This stuff is hitting fast and furious. So much for no leaks coming out of the Mueller investigation. Interestingly Bernstein points to the recent FBI revelations as a sign of things to come. Quite the opposite of what conservative pundits are saying.

The only “Collusion” is that of the Democrats with Russia and many others. Why didn’t the FBI take the Server from the DNC? They still don’t have it. Check out how biased Facebook, Google and Twitter are in favor of the Democrats. That’s the real Collusion!

Why didn’t the FBI take the Server from the DNC?

Its called the “Deep State”.

If Mueller wants to find collusion he doesn’t have to waste any more time and taxpayer money, all he has to do is buy a plane ticket to Broward County. Same could have been done in 2016 election. It isn’t Russia colluding, it never was.

Remember Patriots! It is never wise to interfere with an enemy while he is destroying himself. As ugly as it may be, we must let the enemy get into the most ugly of positions before the trigger is pulled. Stand clear! Trust The Plan.

NOTHING Trump has done as President has benefited Russia.

Calling border security and walls “immoral” after voting for their construction…THAT is UNSTABLE.

“From a point of view of strength… rather, he has done what appears to be Putin’s goals. He has helped Putin destabilize the United States and interfere in the election, no matter whether it was purposeful or not,”

…whether it was on purpose or not is the point of the collusion investigation. For anything to stick it must be shown to be deliberate. You don’t ‘collude’ by accident.

Collusion is not a crime in the US.

Paul Rosenzweig is former deputy assistant secretary for policy at the Department of Homeland Security and founder of Red Branch Consulting.

Collusion is not a federal crime (except in the unique case of antitrust law), so we should all just stop using “collusion” as a short-hand for criminality.

That and they probably didn’t want to consider evidence if it might not support the DNC’s claims.

Not, exactly. What Hillary, the DNC and various independent political action groups is a form of collusion that’s a crime.

The wusses in the RNC were so hostile to Trump and so afraid of Clinton that they uttered nary a perp. 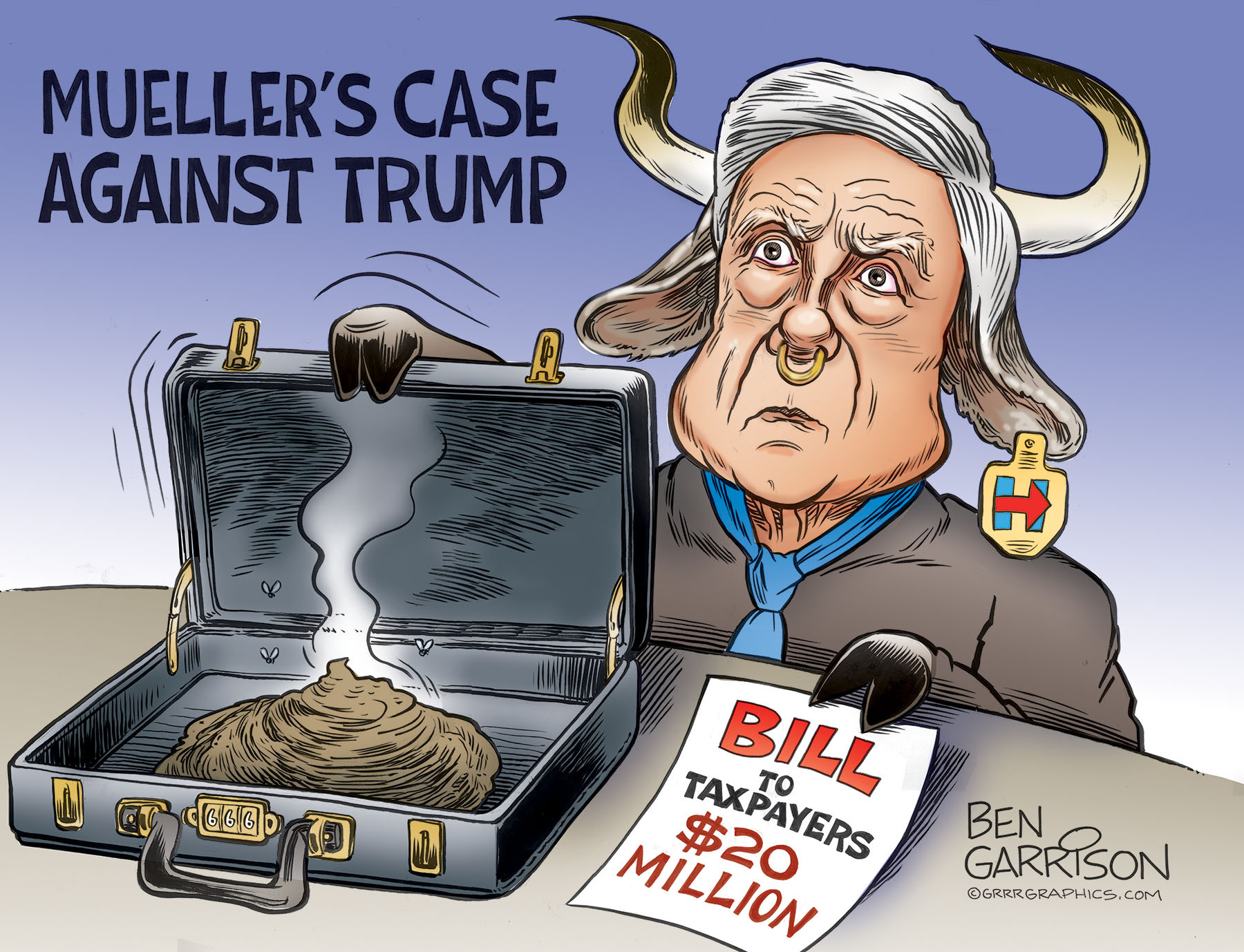 Mueller is proving that Trump is the most honest POTUS we’ve ever had. How many previous presidents’ pasts could withstand what Mueller is doing to Trump? How many Americans in general could survive it? Trump is more of a straight-shooter than even his supporters thought.

If cooperation between the Trump campaign and Russia is of criminal interest. If it can be proven, so far it cannot, it may have violated a number of criminal prohibitions.

If Mueller had anything we would know about it.

And we’re all waiting with baited breath for Clinton collusion with the ChiComs to get some attention any day now.

As for Russian interference in our elections it seems the Russians learned a trick to get Democrats to fritter away money and labor to destabilize the country: spend a relative few bucks that isn’t helping Democrats.

Clinton like Obama will never be investigated for their complicity in the mueller fiasco.

Its the way it works today.

It doesn’t matter! IF they decide to take this root, then the entire cabal is going to be burnt to the ground! Do you have your yellow vest ready? Lets see what ordinary Americans do when the truth is finally unredacted!

Yes you are right because apathetic Americans can’t find the stomach to march into DC and demand justice! They are too busy with their big screen TV’s watching football on Sunday’s!

The seriousness of the charges only goes one way.

I suspect one day the right will finally reach the end of the line.

I don’t look forward to that day as it will not be a pretty time in our history. The left push and push and on day they will cross the point of no return.

I hope you are right, because its long over due! The only question I have is when they finally do decided to take action as in “We The People” will it be too late? As fits the agenda, the headline doesn’t fit the text.

“This is about the most serious counterintelligence people we have in the U.S. government saying, ‘Oh, my God, the president’s words and actions lead us to conclude that somehow he has become a witting, unwitting, or half-witting pawn, certainly in some regards, to Vladimir Putin,’” Bernstein explained during his appearance on Reliable Sources .

“From a point of view of strength… rather, he has done what appears to be Putin’s goals. He has helped Putin destabilize the United States and interfere in the election, no matter whether it was purposeful or not,” the journalist added. He then explained that he knew from his own high-level sources that Mueller’s report would discuss this assessment.

The headline is meant for the reader to infer that the “help” was deliberate.

The text reveals that it is nothing but opinion.

Carl Bernstein is on his way to joining Dan Rather and Brian Williams on the list of “has been” journalists.