Let’s continue to pursue eventual war. Everything that Pompeo is laying out at the moment is the same bullshit laid out by the Bush/Obama administrations. America is incapable of creating anything other than chaos and violence, we cannot create Pompeo’s “normal country”. And as we will reap the unintended consequences of this just as we have been all along due to our interfering policies in the region. 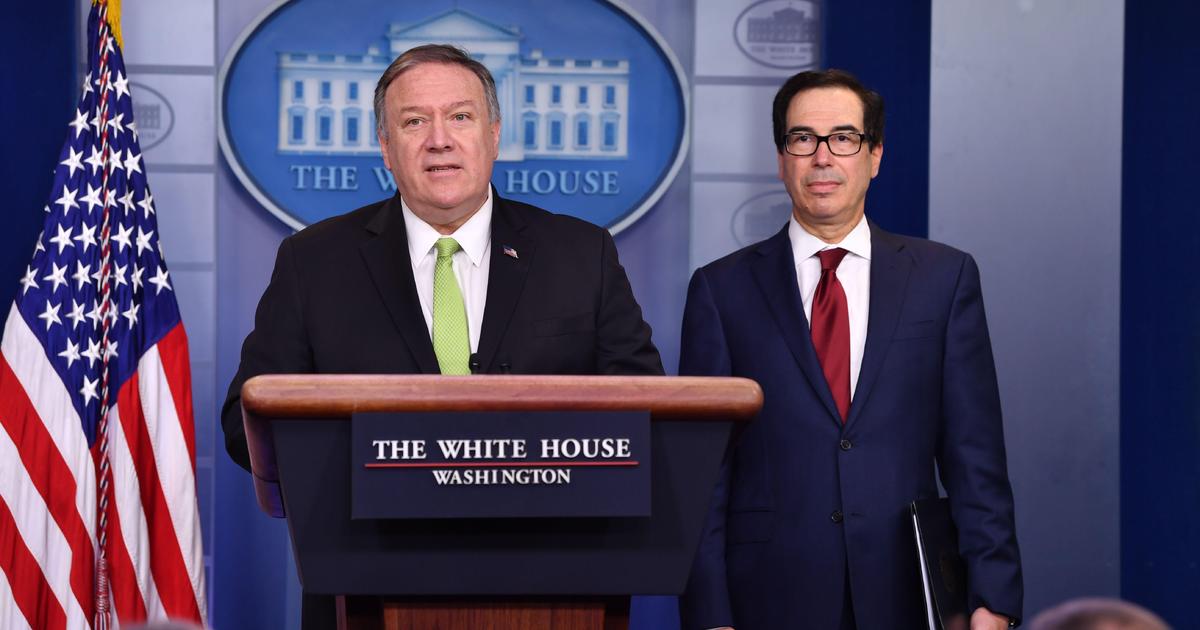 The administration has insisted Qassem Soleimani was planning "imminent" attacks on the U.S.

Monte, did you really expect Soleimani to openly reveal his actions. Thats like expecting Trump to hold a press conference announcing a strike on Iran etc before it happens .

we will reap the unintended consequences of this

Like Iran shooting down an airliner in their own airspace?

If Secretary Pompeo is saying this then I hope that he will be able to back up his statements with evidence. Right now both sides of the aisle in the Senate don’t seem convinced that there was imminent danger based upon the briefings that they received. Maybe there is information that’s being withheld. None of us know that for sure, but it is possible. At this point whatever might be withheld from the public should be disclosed. If there isn’t anything being withheld then there wasn’t an imminent threat.

Monte, did you really expect Soleimani to openly reveal his actions.

No, nor did I say anything about that.

Agreed. At the very least this “evidence” needs to be revealed to the gang of eight, and we need that bipartisan group to emerge saying yes, Soleimani’s attacks were real and imminent. But personally, as with Bush and Obama before, I believe it’s not known because it’s not existent.

If there is indeed no evidence of imminent attack that would mean Pompeo manipulated Trump to essentially commit murder based on his (Pompeo’s) personal desires.

If there is evidence and it’s disclosed (and, as you mentioned, if there is and it cannot be disclosed to the general public to protect sources and methods it should be disclosed to the Gang of 8 for a head nod) that of course begs the question “Why, if Trump doesn’t believe the IC when it says one thing would he believe it when it says another?” Is the US intelligence apparatus only believable when it’s analyses point to taking someone out?

America is incapable of creating anything other than chaos and violence

If there is indeed no evidence of imminent attack that would mean Pompeo manipulated Trump to essentially commit murder based on his (Pompeo’s) personal desires.

I don’t believe that it’s just Pompeo’s personal desires. Remember he has a Washington history, an avid complainer of Obama’s Iran policy, a hardliner, one of those like Cheney, Rumsfeld, the Bush family, Brennan, Graham, you know the PNAC types that see the US at this conflict for a hundred years. And Trump, who I believe is in a bind over this and doesn’t want more war needs his loyal senators to protect him in his upcoming senate impeachment trial.

Trump, who I believe is in a bind over this and doesn’t want more war

I’m in agreement with you about Trump’s bind.

No coincidence that 911 occurred during their tenure.

Yeah, pretty much obvious, and confirms what many of us have believed. There was a general attempt at weakening Iran, not the imminent threat bs that they have failed to demonstrate.

I wouldn’t tell this leaks-lile-a-sieve congress anything of a classified nature that I didn’t want made public.

Digipoo, you continue you Anti Israel nonsense despite them being a close U.S. ally and a deterrent to Irans expansionist aims and destabilization of its neighbors. I assume you believe Hamas, Hezbollah and the PLO to be legitimate freedom fighters. They are the ones causing the chaos but you to STUPID and blind to see it.
There is is a way to reduce tensions in the ME but it isn’t up to the U.S…

It never ceases to amaze me when folks on either side say things like this. So what happens with the next president and the next. Do you want presidents to be able to take the US to war unilaterally and not have to inform congress of the supporting evidence simply by claiming that congress can’t be trusted with the information. You can’t see that there’s no end in sight for this.

I don’t know what to do with you. There isn’t any longer anyone who’s serious that questions the bad consequences of invading and occupying Iraq. On the republican primary debate stage in 2015/16 when the whole gop was running for president, support for the Iraq war was the disqualifying litmus test, just as it is now on the democratic primary stage.

The heritage foundation, CATO, CFR, the UN (and many others) all have produced papers demonstrating that the US led WOT has had terrible results, causing an increase in Islamic extremism, an increase in global terror attacks, gave rise to the Islamic state, has created record global refugee crisis, not to mention wasted trillions of dollars and cost tens of thousands of Americans lives and limbs.

TRUMP PROMISED TO END ALL THAT. And he’s doing the opposite.

There was a general attempt at weakening Iran

Since Obama’s $150 BILLION plus gift to the hate America Iran which emboldened and enabled them everything and anything that needs to be done to disable & cripple them is okay with me, I don’t need the details I just need success.

It’s not like Iran has not been designated a rogue terrorist country by most of the free world and they’ve been at war with the USA for over 40 years, and wreaking havoc in the ME for about the same amount of time so it’s long past time for a final resolution to the Iran problem, IMO.

Why don’t you dispense with the snark and just make your case that this was about a general weakening of Iran and not a response to a bogus “imminent threat”.

Really. There’s 195 countries in the world, 193 if you discount the Holy See and the state of Palestine.

Please do provide me with a list of this majority that have designated Iran a terrorist state.

As to the IRGC specifically, trump just designated them a terrorist organization last April. Clearly he thinks he’s found a way around the law. He tried to do the same with the Mexican cartel.

If Iran and the US start a full scale war, Iran will fight for its life, while the US will not.
Who benefits?
Cui bono?
Certainly not the average Americans.