Gang of 8, ROTFLMAO, a bit out dated and history.

The plane was shot down early Wednesday, hours after Iran launched a ballistic missile attack on two military bases housing U.S. troops in Iraq in retaliation for the killing of Iranian Gen. Qassem Soleimani in an American airstrike in Baghdad. No one was wounded in the attack on the bases.

A military statement carried by state media said the plane was mistaken for a “hostile target” after it turned toward a “sensitive military center” of the Revolutionary Guard. The military was at its “highest level of readiness,” it said, amid the heightened tensions with the United States. 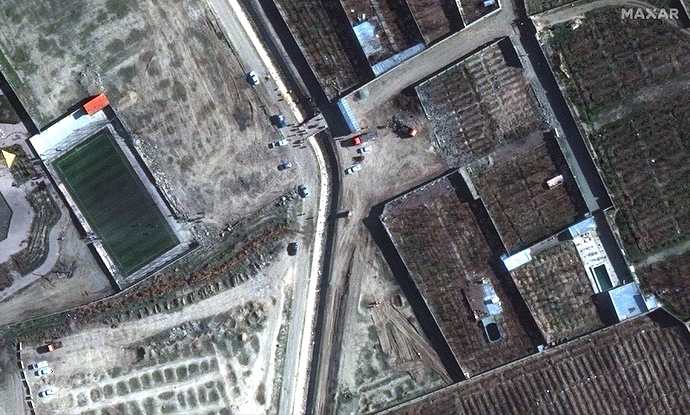 Under pressure, Iran admits it shot down jetliner by mistake

TEHRAN, Iran (AP) — In the face of mounting evidence, Iran on Saturday acknowledged that it shot down the Ukrainian jetliner by accident, killing all 176 people aboard. The admission by Iran’s...

No, she seems to feel like Pompeo should be stupid enough to release highly sensitive classified intel to congress so democrats could leak it to the press.

Iran will be reduced to rubble and their navy turned into reefs. if they are dumb enough to provoke an all out war with the US.

We wouldn’t even need to invade to accomplish it.

Yes, yes - we all know how wunnerful and powerful the good ol’ U S of A is!

Destroying a modern army/navy is something we’re ideally equipped and suited for.

Iran can’t put anything on the ground, in the air, or on/under the water the US cannot destroy from the air or from the water.

If Iran and the US start a full scale war, Iran will fight for its life, while the US will not.
Who benefits?
Cui bono?
Certainly not the average Americans.

If they did, and if recent history is anything to go by, my money would be on Iran.

Iran couldn’t manage anything more than a stalemate in a 10 year conflict with Saddam.

Like a small country like Iran could possibly prevail over the most powerful military on the planet - especially when the latter has been imposing oppressive sanctions against it for a decade or so.

Saddam had a million-man army, remember?

According to whom? What was the strength of the Iranian Army at the time?

What does that have to do with the ability to destroy their personnel and equipment from the air?

Are you talking tactical nukes?

Now where did you fabricate this million man army Saddam had during the Iran/Iraq war from?

What with then? Napalm or something? I can’t think of anything else which can ‘destroy their personnel and equipment from the air’? The US is already despised enough, without making itself even more hated to attract another 9/11?

So again you demonstrate you have no idea what you’re talking about.

This is just one of several hundred types of modern US anti armor and anti personnel bomb. 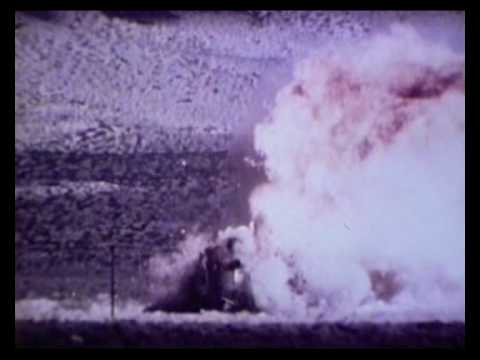 How effective are they? Remember the Highway of Death during the invasion of Iraq? These are a couple of generations beyond what we even had then. 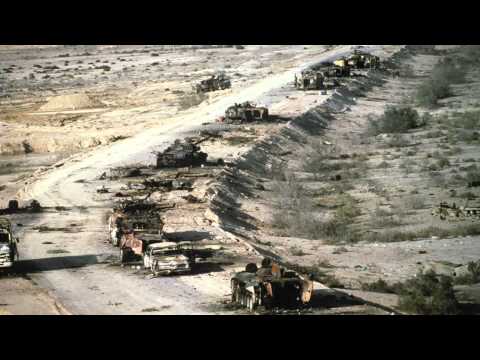 Iran will fight tooth and nail, because Iranians are not Iraqis.

Even if America wins a war with Iran, America has nothing to gain. Except a bloodied hand, and a bunch of American mothers and wives who mourn for the deaths of their sons/husbands.

They’ll be fighting each other. The US isn’t going to invade.

And if Washington hasn’t learnt anything by now from the fiasco of Afghanistan, it never will. But then, the definition of ‘stupid’ is making the same mistakes again and again, so who knows!

I personally don’t believe that any future wars will be won or lost on a battlefield. 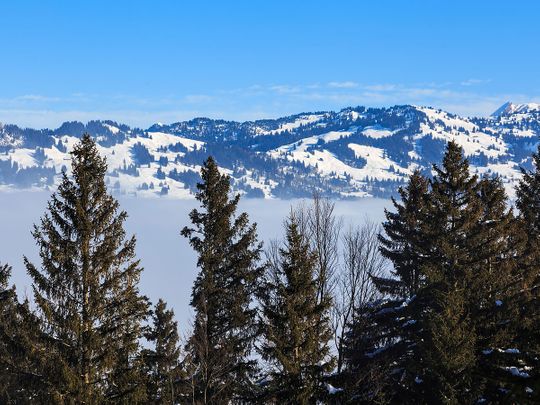 Back-channel diplomacy: Switzerland mediating between the US and Iran

Several messages have been exchanged this past week aimed at deescalation

As I was about to doze off early this morning, I heard a ping from my phone which caused me to check for an urgent text message from President Trump or an email from my buddy, Pompeo with the red hot skinny on why we killed the goatfucker, Soleimani. They usually tell me everything, including sources, methods and descriptions of ironclad evidence included in the intelligence input they use to make the decisions on things like this.

I was disappointed in finding it was only an email from the Gatestone Institute with an article by Professor Alan Dershowitz about some crackpot Psychiatrist that claims it is psychotic to defend our Constitutional rights. So I read the article and it became instrumental in piquing my interest in checking politicalbullpen.com because of its message regarding a bullshit artist (the psychiatrist…not Dershowitz)…and I happened on this thread first.

This thread reminded me of another thread, a video posted in it and my response after viewing the video from beginning to end.

I’m posting both below to give you something to do while I type my thoughts on this thread…which is chock full of similar speculation (bullshit) and more bullshit responses to the bullshit that precedes them.

Here’s all you need to know: (followed by my comments on this bullshit thread) Retribution Has Begun: Iran attacks US bases in Iraq

These two need to get a room in a sleazy motel.

You characterize Pompeo’s “lay out” as bullshit…then follow up with true bullshit by expressing some loony expectation of his providing national security information to you (and the rest of the public) by way of evidence concerning the decision to kill the goatfucker.

We all want to know everything. Since we are not privy to the esoteric information that must be kept out of the public venue to protect sources and methods (lest we lose the sources and neuter the methods), we speculate (make shit up) by imagining what could have happened.

Depending on whether we agree with the decision (to kill the goatfucker) or not, we conjure up (by way of conjecture) possibilities that support our bias.

Most people have no idea what intelligence gathering involves when electronic devices are not used to record images or conversations. It takes human observations, at close range, possibly infiltration into the entities planning to do us harm.

These are known as spies. They come from all sorts of backgrounds and occupations. Snitches at all levels. Conversations overheard. Sightings of suspicious happenings…many sources.

The fact that the public is not informed of all the evidence is what keeps the system working.

How many stories have you read regarding a terror plot being thwarted because LEO got wind of it? How do you think they got the information? How much success would they have in detecting future terrorist plots if they revealed how they detected previous plots?

The demand to know everything is bullshit.

At this point whatever might be withheld from the public should be disclosed. If there isn’t anything being withheld then there wasn’t an imminent threat.

Again, I say…this is bullshit.

We do not need to know everything. If 25 years of killing and maiming by the goatfucker is not enough to convince us that his behavior is not going to change and that the probability of Pompeo and the intelligence community being in a position to discern imminent danger is high, then perhaps we need to be complacent and accept terrorism and murder of innocents as the norm.

If we reveal all the evidence to all the assholes in Congress, one or more of them will not resist the temptation to leak to the press and do us all harm in the future. About half of Congress hates the President and would love to see him fail. There are enough Obama holdovers in government to justify holding cards close to the vest. Fuck 'em!

#5 is pencil neck Adam Schiff. He takes a leak every time he gets a chance. He’s the sleaziest fucker in Congress today.

Your idea is bullshit.

No coincidence that 911 occurred during their tenure.

causing an increase in Islamic extremism, an increase in global terror attacks, gave rise to the Islamic state, has created record global refugee crisis, not to mention wasted trillions of dollars and cost tens of thousands of Americans lives and limbs.

Much of that came about as results of the Muslim-loving Obama, the biggest hoax ever perpetuated on the American public. He played patty cakes with ISIS after he nurtured it into a large caliphate. Fuck Obama.

Really. There’s 195 countries in the world, 193 if you discount the Holy See and the state of Palestine.

Please do provide me with a list of this majority that have designated Iran a terrorist state.

Many third world nations are likely not even aware that Iran exists. They don’t count. Iran is singularly obtuse among nations that have developed a sense of global civilization. People that can read and understand the news of the world know than Iran is the asshole of the world and has little regard for human life.

If Iran and the US start a full scale war, Iran will fight for its life, while the US will not.

Don’t worry. It will be short…maybe even shorter than the 6 Day War when Israel whipped the shit out of Egypt.

If they did, and if recent history is anything to go by, my money would be on Iran.

Iran wouldn’t last through a week of all out war with the US.

That’s because you’re ignorant of the conventional (non-nuclear) weapons we have.

Even if America wins a war with Iran, America has nothing to gain. Except a bloodied hand, and a bunch of American mothers and wives who mourn for the deaths of their sons/husbands.

We don’t need boots on the ground to take out the Iranian military…completely.

Now here’s that psychiatrist’s bullshit I mentioned at the top is this bullshit thread. 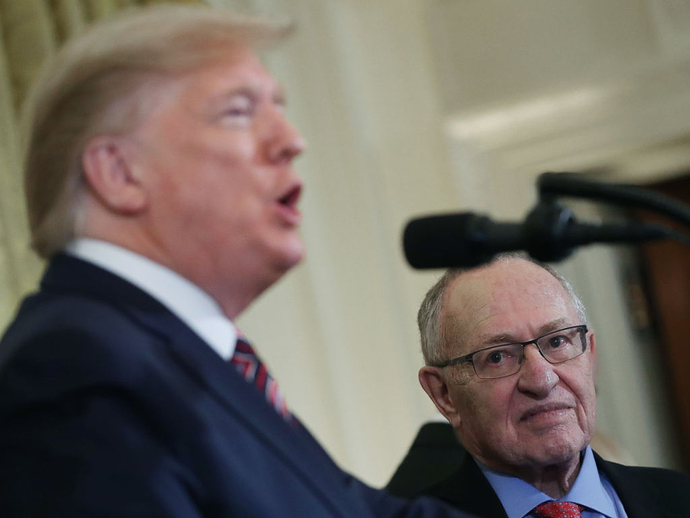 Dr. Bandy Lee is literally claiming that we are mentally ill and our views should be considered symptoms of our illness, rather than as legitimate ideas. Publicly offering "professional opinions" or diagnoses in the absence of a psychiatric...