More Impeachment Efforts On The Way

The dimwitted Democrat Party simply will not give up the wasting of time and money on efforts to impeach President Trump. Not only are they derelict in their duty to work on legislation beneficial to the people, they are wasting literally MILLIONS OF DOLLARS of OUR money in chasing after a pipe dream of removing Trump from office.

Conservatives MUST strive to take back the House and keep the Senate in order to give our President some relief for at least the next 4 years. 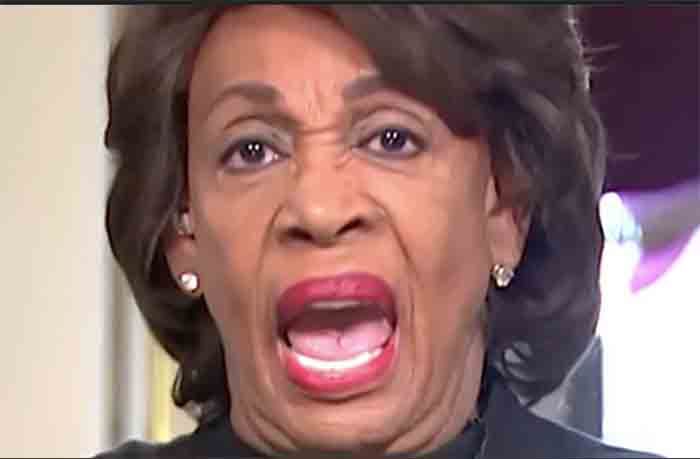 Dems look to 4 more probes to impeach the President -- again

The Washington Times reported that Democrats are lining up new charges if they decide to pursue another impeachment. For one thing, there is a wide-open probe launched by Rep. Adam B. Schiff, California Democrat. He has been investigating...

The definition of insanity is trying the same thing over and over again expecting a different outcome and if Shiff and his ilk are not downright insane they are downright evil. 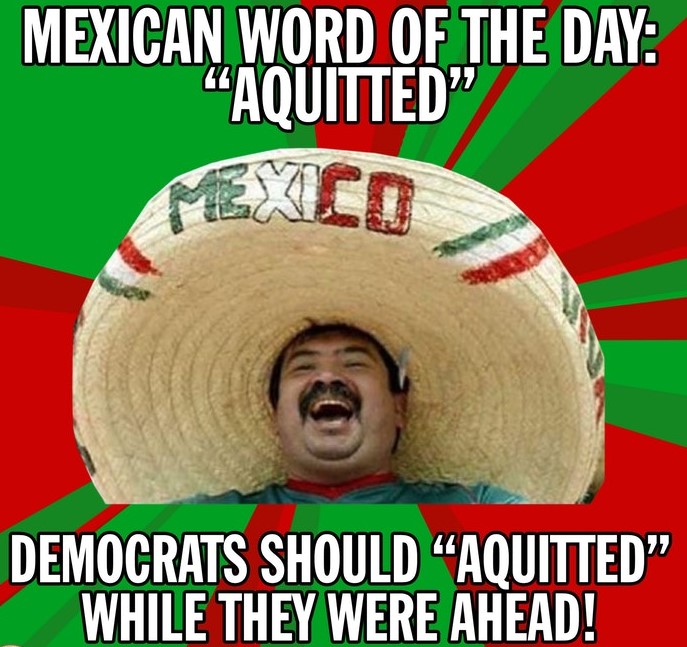 If they ever subpoena Adam Schiff, they should hold the hearing somewhere other than in the Capital building. Anytime he’s there, he’s immune from perjury.

Conservatives MUST strive to take back the House and keep the Senate in order to give our President some relief for at least the next 4 years.

Quite so. End the insanity. Trump will be a shoe in unless people are so complacent that they think others will vote for him.

The House and the Senate is a MUST. That means we need EVERY person to come out in force to defeat the left.

I hope the Democrats realize what they are doing. Eventually, there will be another Democrat in the White House and they should fully expect for Republicans to do exactly the same thing to them.

And we who know we will vote need to push others to do the same. Assuming that other conservatives are as motivated as we are will not work.

And we who know we will vote need to push others to do the same. Assuming that other conservatives are as motivated as we are will not work.

My concern is complacency. Trump rallies are full. Ergo… sit on your couch because he is a shoe in.

We need to take back the House and we need to maintain the Senate.

That cannot be done unless everyone turns out to vote.

The Dem party is so fractured and abysmal and yes. We all see that.

But now is the time to reject their agenda so hard and so strong it takes them back to the stone age.

The Republicans seem to have higher ethical standards than do the Democrats. I don’t believe they will stoop so low as the Dems did. There is certainly not a Republican as sleazy and dishonest as that lying bastard Adam Schiff.

It doesn’t matter what their ethical standards are. If they don’t do the same in return then this is going to keep happening every time a Republican takes office. Democrats have called for an impeachment of every sitting Republican since Eisenhower. It needs to stop.

Being “principled” doesn’t keep you clean when gutter rats are literally throwing shit on you.

Being “principled” doesn’t keep you clean when gutter rats are literally throwing shit on you.

Yeah I think those days are over. If someone is beating your ass you can’t simply refuse to fight back because you don’t like fighting.

Let them do it. With a second round of impeachment the ratings will be even lower.

This thread is not, I repeat, not about Clinton! Do try to keep up!

Well, what I actually said was that the Republicans would not stoop as low as the Democrats did. That doesn’t mean they won’t stoop at all.

They actually won’t have to match what the Dems did. Adam Schiff lied and made up shit as he went along. He lied to portray Donald Trump and the Trump Administration as totally corrupt.

The Republicans won’t have to lie to expose the sleaziness and corruption of the Democrats.

I totally agree that the next Democrat President should be hounded and investigated from the time of inauguration to the last day in office, but I maintain that it won’t be necessary to lie.

Hi Monti. Long time - no chat. Trump has committed no crime. Period. As he has had every element of his life examined, he is most likely the “cleanest” president we have ever had. You libs love to say clinton was impeached about sex. Total lie. He was impeached because he perjured himself and tried to persuade others to commit perjury. He lost his law license because of his crimes. That being said, IMO neither clinton or johnson were candidates for impeachment. In the very early days of our republic, the founders were afraid a president may try to declare himself king by taking bribes and military assistance form other countries. In todays world, its very hard for me to see a case other than the ballot box for changing a duly elected president.

Hello Leatherneck…Republicans began their investigative witch hunt on Clinton shortly after he became president and continued well into his second term impeaching him just shortly before he was to leave the White House anyway, and over perjury, relevant to a matter that hadn’t even existed when the witch hunt began.

I’m not really seeing your Clinton connection to the Trump impeachment. Clinton actually committed crimes and his conviction of those crimes is well documented. President Trump was acquitted of all accusations. Apples and oranges.

Clinton was acquitted as well…

But they both will have the impeachment asterisk next to their names in perpetuity.