Morals, commonality.. important for a society or not?

I don’t hear many talking about morals anymore…

Is it important? I see blacks running around with there pants hanging down in there dress up clothes… let’s say you… important or not?

It’s because this country has lost its moral direction in the last few decades.

Half the country no longer cares about the rule of law.

Half the country doesn’t care if fraud occurs and really doesn’t want it investigated as their person won.

Integrity no longer applies ad is only a word in the dictionary.

Isn’t this why we pay politicians? moral goes down they create policy to help us?

I think what’s vital is that we have the rule of law and that law should be based on protecting your Constitutional rights from me. If person X is sagging his pants, it’s silly, disgusting and irritating and makes me hate that person due to the disrespect it shows society… HOWEVER, in freedom, it’s VITAL that we allow for actions we may not like. . . so long as they don’t infringe on my rights. I’ve never liked the moral crusaders and today, they’re leftists. This virtue signaling bullshit needs to end. I’m not hurting you by not wearing a mask. I’m not hurting you buy keeping my business open. I’m not hurting you by not agreeing with gender theory. I’m ONLY hurting you if I pass a law to prohibit you from becoming a woman if you feel like that’s what you want… HOWEVER, you’re harming ME if you insist I PAY for it. . . so it’s a live and let live system or it breaks down.

With the advent of the internet, our society. Instead of improving with broad based knowledge available to all, it merely became a conduit for those too stupid to garner attention in the real world to spread stupid and often dangerous ideas to a society largely unjaded, and so, ill prepared. Moronic leftist ideology could be repeated far beyond the classroom of that self important prof you had back in freshman year, and continue to re-infect the populace with it’s false promises and religious zeal. 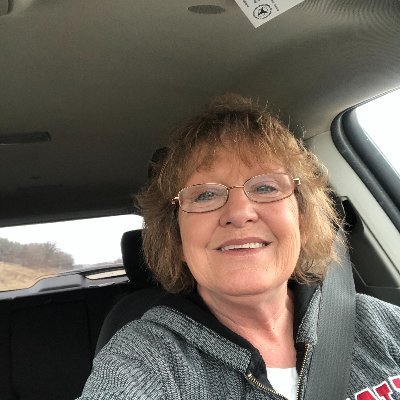 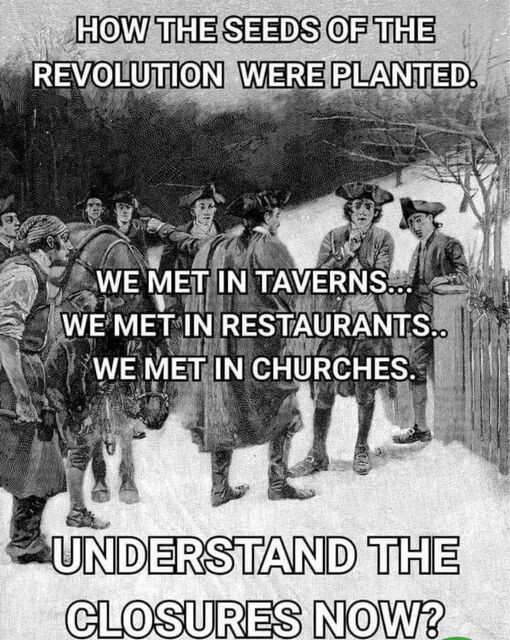 This country has lost it’s way. I lean to the Right, but the Right has a lot of faults of it’s own. The Left is a disaster… complete chaos.

Until this country comes back to God, I fear it will just get worse. Morality starts and ends with trust and faith in God. This country is on a Godless path right now.

Yeah, that’s not going to happen. The evangelical sold his soul when he embraced the most amoral person in presidential history. So much for character…

… and the guy that is going to the White House in Jan. is so much more moral?.. how?

You might want to do a little research on just how amoral many of our past Presidents were.

I’m not a fan of Trump the man… never was. I am a fan of the job he did as POTUS. It’s important to keep that separate. Too bad people only see things on the surface, instead of looking deeper.

No more talk from the hypocritical evangelical about character and morals…

The county was founded of freedom of religion, people can chose to practice whatever religion they chose or no religion. In the past family and religion provided guidance for right from wrong. As people have moved away from religion it has fallen to the Family to provide the guidance for right from wrong. The modern family in many cases fail to provide the guidance. That is obvious when you view the actions of the young today.
Lose your cell pon, leave it on a table in a restaurant. When you return for it minutes later it will likely be gone. Someone will see it, find it and it becomes theirs. It will likely end up un eBay for sale.
Leave a jacket at school i the cafeteria and it will be claimed by another kid.

What w are observing and finding out about the last election is the perfect example of this failing country. Today we are observing the lack of moral character where people feel they can cheat in an election. There are few negative consequences so it is done. Unfortunately the next election will likely be a disaster as the other side will duplicate the fraud and massive fraud will become the norm. In the county of the state I left I remain on the voter rolls. My mail forwarding expired. We sported 116% of eligible voters registered yet nothing is done to clean up the rolls. One county has 124%. Mail in ballots are sent to all registered voters. Was my ballot filled out and submitted?

Today our young feel they have a right to riot destroy businesses loot and steal anything inside the business. The Young have a right to paint buildings steal autos, destroy anything on a street as they perceive thy were wronged by government or the police. Lack of moral compass. You can point to many examples.

Some here will tell you it’s all religions fault when the reality if we are all human and responsible for our actions. When it comes to the Monte he is amoral without character and only has his hand out demanding more. He has presented himself as an independent vote for something else when he’s firmly in the camp of the progressive left. A previous members far of the Air force then the Army when he likely was a member of nothing. You can always tell who has served and who has not. He claims Trump is lacking in moral character, that much is true when it comes to personal decisions yet he can effectively lead the country using the constitution and the rule of law as a guideline. Divorced twice, yes he has been,
Joe Biden, likely had an affair with his current wife before her divorce her husband tells a that story.
Clinton, an affair with an intern and apparently many others certainly lacked morals.
Kennedy, the same.
There is no different between the Left and Right they do it in a position of power because they can.

When you look at the population the US today, over half is or will be divorced.

All of it speaks to the moral decline of today.

and the guy that is going to the White House in Jan. is so much more moral?.. how?

What trump does in his bed is none of our business… trump is extremely moral, and a great example for morality. Not many of us can experience having models throw them selves at us. I think he has handled it well.

Stay out of his bed room. Your gonna feel envy lol

Presidents wether D or R have skeletons in the closet. Prrsident Trump had ben thr best president since Reagan inspite of personal short comings.
Moral behavior should start with parents teaching it to their children. As children go outside the home and interact with others , moral behavior can change. Some children are raised with little or no moral values which may.be passed on to others.
As each generation arises , moral behavior has declined along with Hollywoods increased influence on moral values and behavior on film and TV.

I’m not talking about morals. I don’t like Trump… I did vote for him… twice, because there was no one else to vote for that could get shit done… shit that needs to be done. Biden is a shell of a man. Harris will take over sooner rather than later. But, that was the plan all along. There was no other reason to put such a mentally addled person up for election. The Left knows what it is doing, even if the Left voters don’t… or don’t care.

I’m guessing you thought Clinton was some kind of moral pillar???

I’m not talking about morals.

I am and was. I don’t know how old you are so if you weren’t part of the evangelical choir that drummed on through the Clinton years about how absolutely important character and morality is, then it’s not about you. And no, Clinton was anything but virtuous.

My criticism will be from Trump on that the evangelical right needs to stfu about morality and character after embracing such a nasty, disrespectful, mean spirited, name calling, personally insulting and caustic womanizer such as Donald Trump…

As an outsider, looking in through a prism of progressivism refracted through outlets like CNN, or MSNBC, your assessment of evangelicals is a bit hollow. I attend (before covid) an evangelical church, and I’ve met people all across the spectrum, from right wingers to progs. The thing is, the average person who ‘supports’ Trump finds him unsavory, but likes his policies. What they (and I) like about those policies are that they are not the neo leftist policies the Dems either can’t contain, or actually embrace. Evangelicals know Trump is an oaf, a narcissist, etc. - but even that is better than the hard left of the Dems.

Trump/GOP - great economy (even largely recovered after covid- surely you don’t think Dems could have done that).
Dems: 'Living wage $15/hr min.) - can you say rampant inflation?
Trump/GOP - law and order
Dems. - rioting every time a black man dies trying to kill cops, ANTIFA assaulting passersby at their traffic blockades, and of course BLM assaulting diners and forcing them to raise their hands and chant (that’s Taliban level shit), packing the SCOTUS, and creating two new states by fiat to ensure a Senate majority…
Trump/GOP: lowest Black and Hispanic unemployment in nation’s history- pride (real not made up)
Dems: handouts, and blaming Republicans for the resulting lack of any dignity- all while shouting “Black Pride” to those dependent…
Trump- cringey, juvenile tweets
Dems: cancel culture ruining the lives of the innocent for thought crimes.

On January 5th, Georgia will choose for the nation one of two paths- either checks and balances (a GOP Sen. majority) or unbridled exercise of leftist power, unfettered by caution, reason, or care about the future of the nation.

Got it. Same thing every evangelical Trumper says.