Does the revolt of the Yellow Jackets in France vindicate President Trump’s decision to withdraw from the Paris Climate Accord? It’s certainly looks that way following the retreat by President Macron from the plan to boost taxes on fuel because of global warming. Mr. Trump’s complaint, after all, was about the cost to Americans of the accord. Turns out the French don’t want to pay for it, either.

Monsieur Macron’s retreat — or capitulation — on fuel taxes was announced today by the Prime Minister. With parts of Paris still smoldering from the riots, the premier suspended, albeit only for six months, plans to increase the tax on diesel. He also backed off plans to hike the cost of gas and electricity. To announce the retreat, the hard-pressed premier forewent a climate conference in Poland.

Feature, in any event, the language Mr. Trump used when he announced America’s withdrawal from the Paris Accord. The pact, he warned, disadvantaged the United States, “leaving American workers — who I love — and taxpayers to absorb the cost in terms of lost jobs, lower wages, shuttered factories, and vastly diminished economic production.” Workers and taxpayers were the key.

How was it possible for a president seen by the liberals as a lug nut to figure this out, when the reasoning was beyond all the graduates of Sciences Po? It’s doubly odd, since, compared to Americans, the French barely use their cars and trucks. They travel not even half the miles per capita that we do. Yet they pay a sharply higher percent of their income on gasoline. Go figure (allez comprendre?).

Not that it’s simply France. “The carbon tax revolt is world-wide,” the Wall Street Journal points out in a trenchant editorial this morning. It notes that only a month ago voters in Washington state rejected a carbon tax. When the Journal tried to estimate the Evergreen State’s contribution to global emissions it discovered its calculator couldn’t handle a number that small.

Investors Business Daily is also out today with a shrewd editorial, warning against ferment in Congress — including, it says, some Republicans — for a carbon tax. This ferment is a danger owing to the Democratic Party’s accession in the House. IBD warns of the idea that carbon taxes could be sold as redistributionist measures. Sounds to us like all this could ripen in time for the 2020 presidential election. If Mr. Trump is on the ballot, he can don a yellow vest. 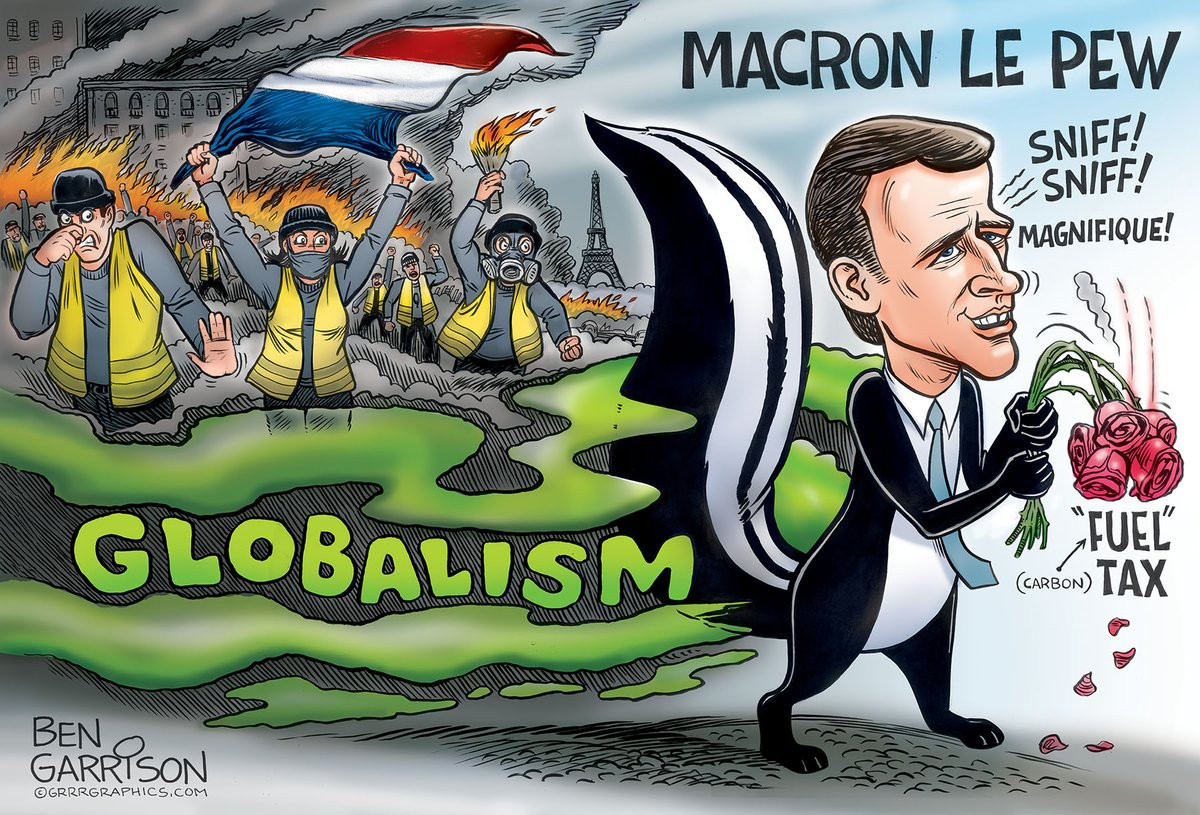 Monsieur Macron has to find a way to pay for all the new arrivals. Being in bed with Merkel has its responsibilities.

The French are now stating they do not care about the gas tax, and instead want Macron ousted. A 70+ percent election theft from LePen is having serious fallout issues.

Can’t help taking a bit of pleasure from his discomfort after him strutting around the world lecturing everyone having achieved nothing so far. It’s all over.

It’s not just the gas tax but all taxes.

One article I read on taxes in France stated a person’s mother had died and left the person 60K American.

The tax on the inheritance was 60%.

Throw in that little gas tax as well as the desire to have a 100% green country and you see the discontent.

I suspect that when things get settled they will slip it back in under the radar.

Their agenda hasn’t changed…just their tactic will. 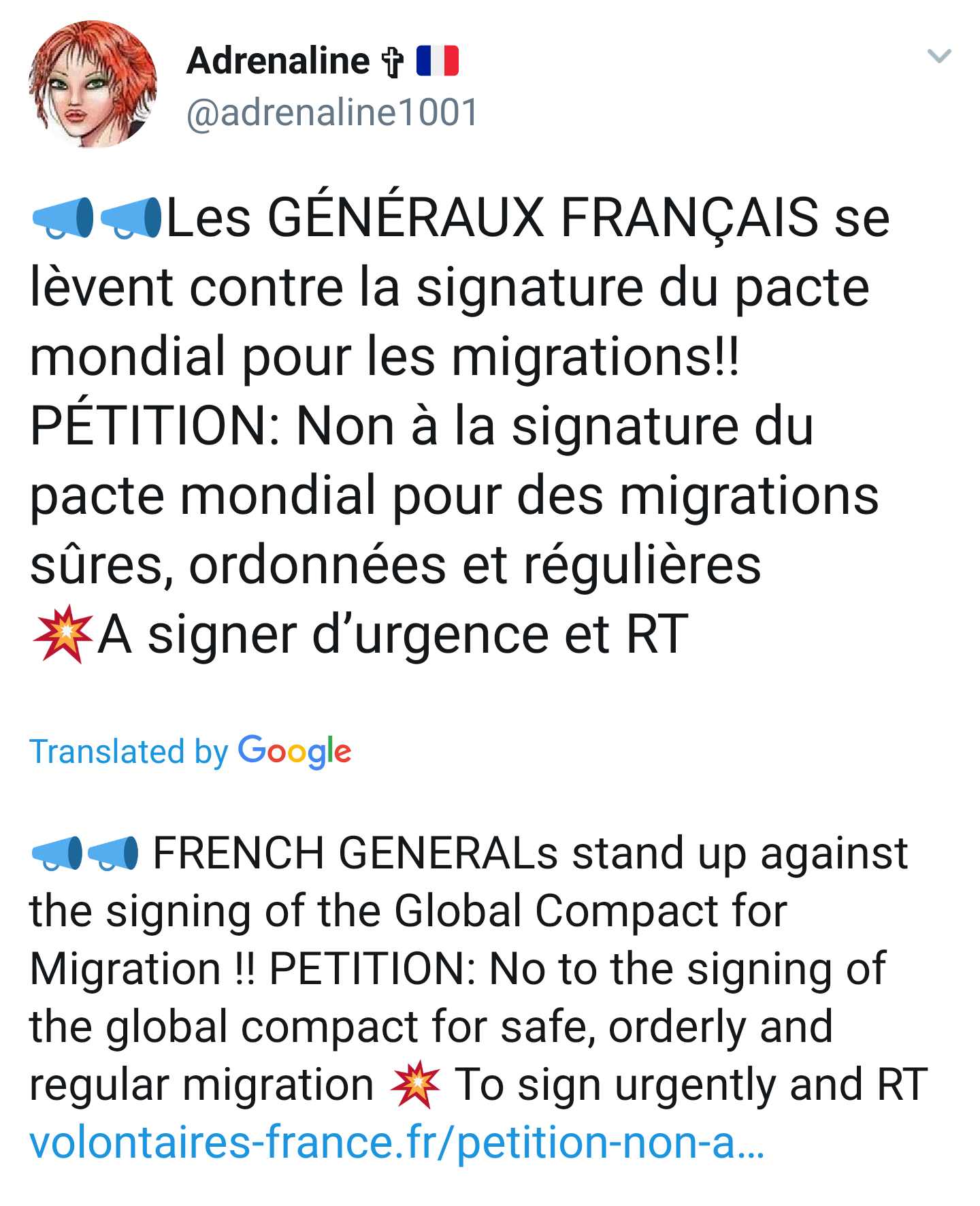 Macron is a globalist. He’s not going down without paying people to fight for him.

When the rulers take your money and give preference to invaders in every situation it’s bound to provoke a reaction.

Trump wins again, somehow I’m not getting tired of it…

Gullible Wallowing has always been a trojan horse for global government, wealth transfer at the expense of 1st world working people, and thought control. Nice to see working people catching on to the plot.

I have to admit to having a good chuckle over this.

Our own leftists/green weenies want us to emulate Europe. Well, if we have a major tax revolt in this country we’ll teach the French how to do it right. 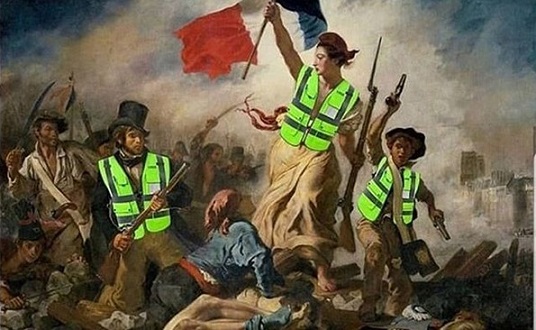 With her Green New Deal she’s leading the charge.

She is going to be some great entertainment that’s for sure.

She makes Biden look brilliant. Comedy gold for as long as she’s in the spotlight is my prediction.

Unfortunately she’s got much wider appeal than Biden and tens of millions of fools backing her which makes her dangerous as hell.

So true. That is truly the scary part of this. There are people out there who think she is brilliant and is going to somehow “save” them with the promise of “free” stuff that the elite will pay for.

Every time she speaks it’s another shaking my head moment.