This story caught my attention and thought I post here. This is some crazy stuff and a warning that women traveling should be more careful to not go outside by yourself. The other issue is that US citizens traveling to Central American and Carribean countries are being attacked. There was another story not to long ago of a couple vacationing in Costa Rica when a man was attacked by a maintenance worker at a hotel he was staying at with a machete. Luckily the man was able to fight his attacker and subdue and kill him in self defense.

This story is graphic, and I hope that US citizens think twice before going on vacation to this places where US citizens are becoming targets of vicious random violence. At least be better prepared in case of an emergency, but also be cognizant that traveling to any South American country is dangerous, especially in these times where the drug trade and human trafficking is at an all time high, and laws of the certain countries are non existent where corruption reigns supreme as the law of the land! 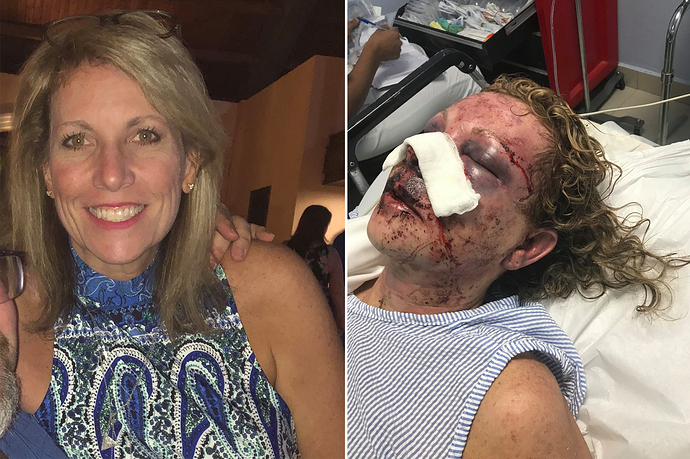 Guess you lot aren’t very useful without your guns… I’m not being funny, but she shouldn’t have let that happen to her. No CCTV either?

Truly, the CNN Hero we dont need but deserve. 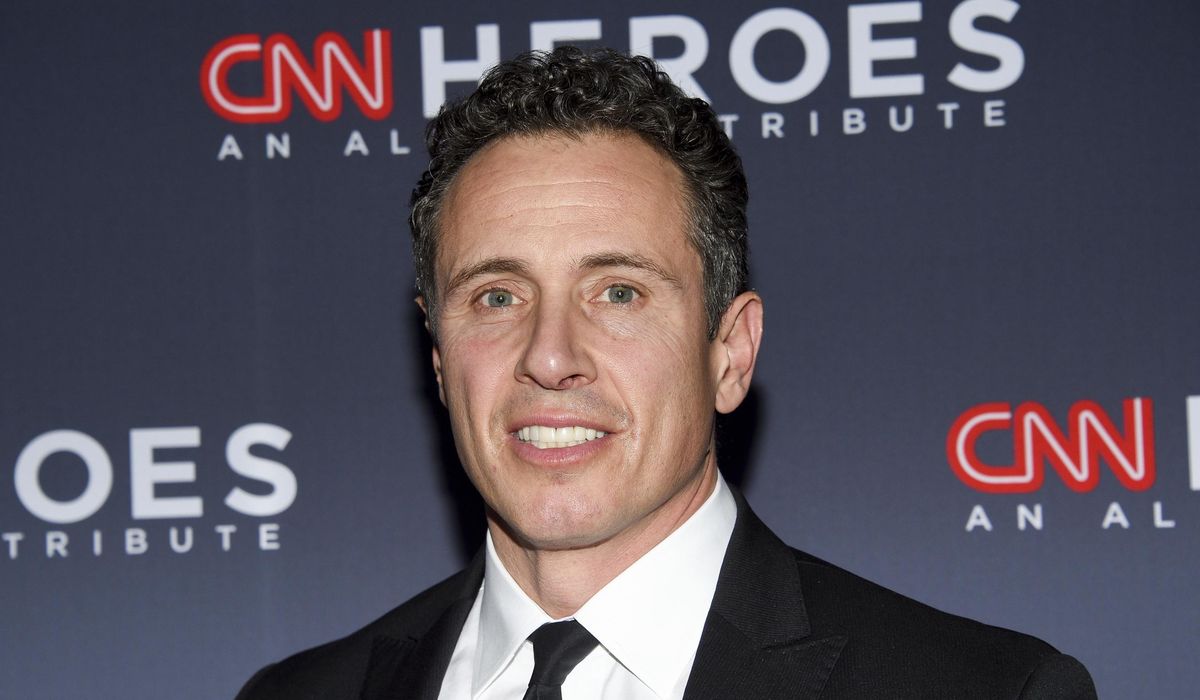 CNN’s Chris Cuomo ripped for ‘Only in America’ response to rape survivor’s...

Most women can’t defend themselves against a man beating their ass, even when they know it’s coming. This woman got blindsided by a sneak attack. I doubt you would fair too well either. If you want to see how far you would make it, your once great country has plenty of shithole areas to choose from. Go strut around in some beach attire in any one of those neighborhoods and come back after you have successfully defended yourself against a man during a sneak attack. The reality is you probably won’t be back to post if you did that…which is why you shouldn’t.

This woman was on vacation and wasn’t expected to be unexpectedly beaten to within an inch of her life by hotel staff for simply existing.

This has nothing to do with guns although Americans should have the natural right to carry firearms wherever they go on Earth because subhumans do exist.

How awful! I cannot imagine what she and her family must be going through.

This would make me incredibly angry but she’s right.

Lawrence-Daley noted that police found evidence “of the blood smeared mop handle and a maintenance hat in the area I was found, but this means nothing in these countries.”

Guess you lot aren’t very useful without your guns

She was in the Dominican Republic. I don’t believe it is legal to carry a firearm there.

I’m not being funny, but she shouldn’t have let that happen to her.

Do you mean she had control over the situation or that she shouldn’t have gone out alone?

Most people don’t have training to defend themselves. She said two things that were interesting:

She had a sense something was wrong… Gavin DeBecker gets quite detailed in his book “The Gift of Fear” about following and paying attention to your gut. Unfortunately, a lot of people dismiss their senses as being silly or whatnot.

“That’s when I heard it. Heavy footsteps… one, two, three, four, then they sped up, and then before I could react

A person with training in self defense may have been able to react/prepare on step one or two. But given no training most would do just as she did.

I cannot blame her for not knowing how to defend herself. She obviously thought she was safe. Her life will never be the same again. I’m glad she survived and used this to spread warnings to others.

Most women can’t defend themselves against a man beating their ass, even when they know it’s coming.

I disagree. It doesn’t start with a beating. It is a grab first. You can get out and run. I am not advocating fighting a man, I am saying you can buy yourself some valuable time to get away.

She was in the Dominican Republic. I don’t believe it is legal to carry a firearm there.

I made a facetious comment. It was intended for the OP.

“I took about 10 or so steps just swinging my wristlet back and forth, not a care in the world,” she wrote. “That’s when I heard it. Heavy footsteps… one, two, three, four, then they sped up, and then before I could react I was plowed into from behind and immediately immobilized.”

“His arms wrapped around me and he started pulling me immediately into an unlocked maintenance room,”

How was she immobilised from behind? Rear choke? You can get out of that. Arms wrapped around her? Know how to get out, know how to hurt him to get at least a few seconds to run. Have the strength and fitness to get away fast.

Unless you never plan to leave your country, you need to rely on more than your firearms.

I disagree. It doesn’t start with a beating. It is a grab first. You can get out and run. I am not advocating fighting a man, I am saying you can buy yourself some valuable time to get away.

You don’t know what you’re talking about. I am 6’4 and go to the gym daily. I did Greco-Roman wrestling for a decade. I could have my way with 99% of men and women anywhere. You don’t know the size, strength, or grappling capability of the attacker. You don’t know the physical and mental state of the victim other than what she described. If I snuck up and put my hands on you…you are done. There won’t be anything you could do about it either.

I get not wanting to be a victim and I don’t think anyone should allow themselves to be victimized. If you don’t have the physical capability to defend yourself, weapons become the equalizer. Your cucked country took that away from your people. You don’t have an equalizer so get prepared to get handled by your African and Arab superiors.

I think you have more awareness than many women do, Jen. You do practice martial arts, correct? You train, correct?

That gives you an entirely different perspective because you have knowledge and practice that clearly she didn’t have.

Diane, I really believe that all women owe it to themselves and their daughters to know some self defence basics. My two are 8 and 10 and have been doing karate for over 2 years. The older one is pretty confident. Confidence in itself is half of it.

I don’t see any European countries in the top 10 but I see the US. What happened? 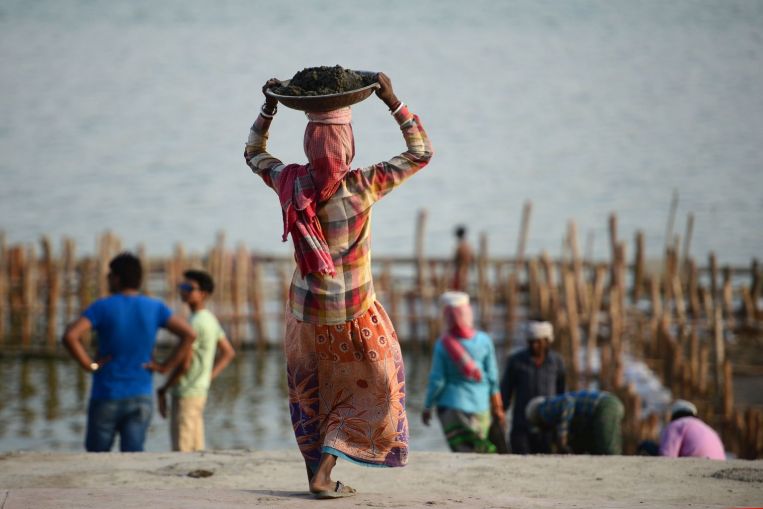 Which are the world's 10 most dangerous countries for women?

India was named as the world's most dangerous country for women  in the Thomson Reuters Foundation survey, followed by Afghanistan, Syria, Somalia and Saudi Arabia.. Read more at straitstimes.com.

I do not feel sorry for those that continue to travel to foreign Countries and are harmed or murdered . There are plenty of things to see in the USA , spend your money HERE !!! .

You’re preaching to the choir, Jen

I could not agree with you more. We have a plethora of martial art studios where I live and they are filled to the brim with children of all ages, which is good to see.

I’m sure this woman has replayed what she could have done over and over in her head. The “if only” will probably haunt her for years to come. It isn’t a guarantee that training will win, but it certainly increases your odds. Not looking like a victim (confidence) can also give pause to a predator.

The thing is you don’t have to be able to beat the predator to a pulp; even if you just put up a good fight, they will probably just move on to an easier target. Everyone has their weak points, even if they’re 6 ft 4 and built like a brick shithouse (which could indicate they are not so fast and nimble). I know I have gone on about this before, but their fingers are not stronger than your arms! Knowing self defence is as important as knowing first aid. 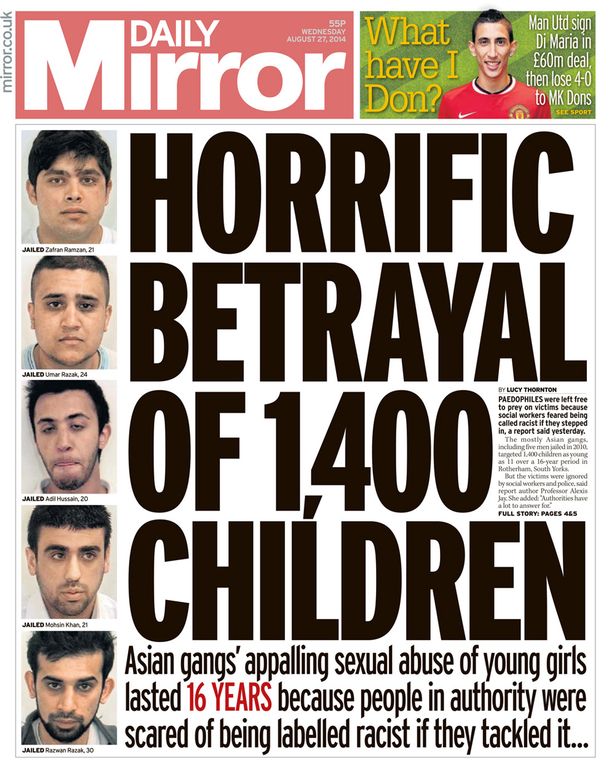 You guys have a little bit of a crime reporting problem because your law enforcement agencies are totally cucked and afraid of being called racist.

Yes, terrible, children getting raped by these monsters. I hear you have a lot of those animals your way too, courtesy of Obama, and you are providing communities for them. Whatever could happen next?

You keep forgetting…we are armed to the teeth.

How about the children? Being armed to the teeth didn’t stop you being the 10th most dangerous place in the world for women.

Yes, terrible, children getting raped by these monsters.

It also demonstrates my initial point that many of these crimes aren’t reported officially by police because the police don’t want to be labeled as racist.