Migrant leeches DEMAND $50,000 US dollars to go back home

If this doesn’t frost your nuts nothing will !!!
Tuesday with a list of demands, with one group delivering an ultimatum to the Trump administration: either let them in the U.S. or pay them $50,000 each to go home, a report said.

Among other demands were that deportations be halted and that asylum seekers be processed faster and in greater numbers, the San Diego Union-Tribune reported.

You have to admit, they have been well prepped by their handlers.

And this is where George Sorros, the beloved philanthropist, gives all migrants $50k to return home as a humanitarian gesture.

he already paid them to head to the US border.

how much will they pay for not stabbing, bombing, or running people over with their cars/truck?

This is a preview of how they will act if they enter the US. DeMAND! But give nothing in return… and no doubt with some leftist lawyers behind ( or in front ) of them.

That is hilarious. They are camped out on Mexico’s side of the border. Why not demand 50K from Mexico.

What moron would give them 50K? We’d have every damn citizen of every country camped out in Tijuana with their hand out. After they blow their 50K, they’ll be back again for more.

I particularly LOVE this:

“A lot of people are leaving because there is no solution here,” said Douglas Matute, 38, of Tijuana. “We thought they would let us in. But Trump sent the military instead of social workers.”

Well no shit, Sherlock. We aren’t the welcome wagon. Get you ducks in a row and enter legally or go home. 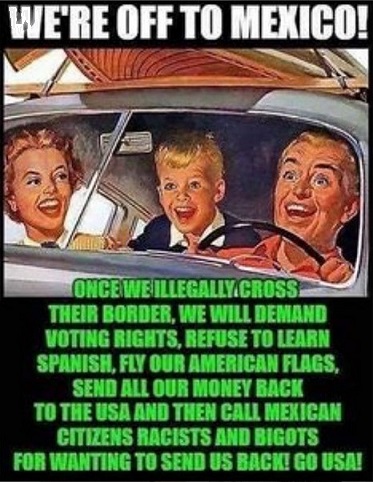 We al know they expect to come here to take ,take ,take , they have NO skills to offer and NO intentions on working either ! Turd World shits !!

I don’t know about that…

I think quite a few of them want to work and in the long run build decent lives for their families. There are plenty that are too impatient and have entered illegally. The ones that disrespect our laws and the blatant entitlement mentality I have no sympathy for.

They have very little skills , do NOT speak our language , they are being coached on ALL the benefits that await them in the "promised land " . Maybe 10% will work and later find out there are so many free benefits for low income people then decide why work .Most will deal in drugs and make their money that way and still qualify for ALL the free shit . How many States offer FREE college to illegals today ? They get ALL their medical treatment FREE , drugs FREE

Yes, there are some that do. But, take a look at the construction, landscaping. farming industry and you will see there are many that work their butts off.

I’m not arguing with you, I just don’t believe in the broad brush.

How many hospitals have gone bankrupt for being FORCED to care for sick illegals ? How much more do we pay in school taxes because we are FORCED to educate illegals and provide Spanish teachers in almost all classrooms ? How much in resources do we use in those sanctuary Cities ? How many come here with deadly diseases and spread it around ? How many dump out a baby so it’s a citizen and entitled ? How many commit crimes ? We have an immigration process and legally take in about 1 MILLION every year , why do they think it’s ok to skip the line ? If the very FIRST thing you do upon entering OUR Country is BREAK OUR LAW we don’t want YOU !!!

I just don’t believe in the broad brush.

The ones that disrespect our laws and the blatant entitlement mentality I have no sympathy for.

That would be very illegal who has entered this country.

Senate Minority Leader Chuck Schumer, one of the liberal’s leading proponents of amnesty and soft border enforcement, said this just a few years ago: 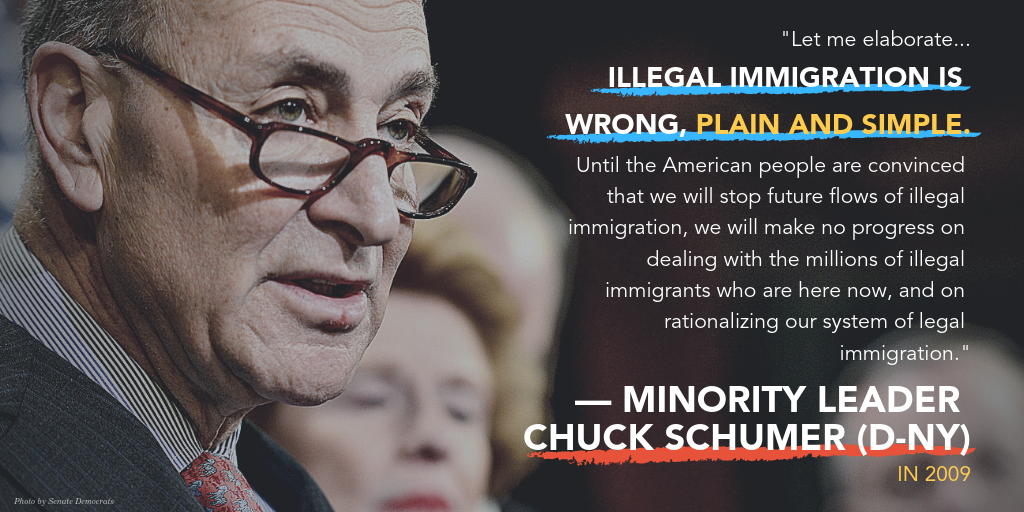 And just for some added measure, here’s what soon-to-be Speaker of the House Nancy Pelosi said about stopping illegal immigrants from coming across the border: 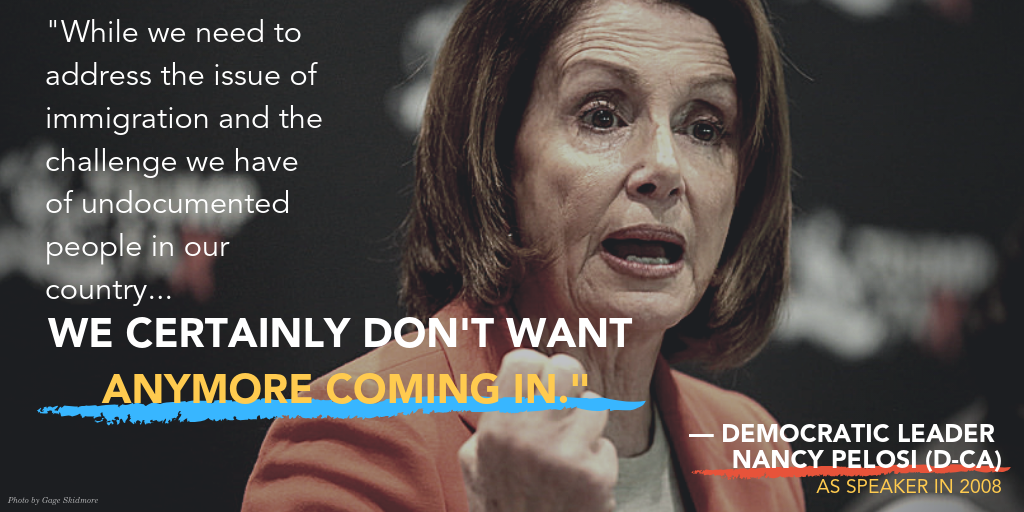 Its the not the first time Schumer been a hypocrite, always telling the cameras he is for the little people, the hard working tax payers, but when Obama the Great was president and Obama promised to get rid of the “carry interest provision” that favors Hedge Fund managers on Wall Street.

Guess who blocked it? one Chuck Schumer , Because Wall Street has a friend in Chuck Schumer, the democrats most powerful and influential senator who has raised more money from Wall Street than any other democrat serving in congress.

how about when Bush 43 was president he urged Congress for new legislation limiting Fannie Mae and Freddie Mac, his Treasury Secretary John Snow said in front of a joint session in Congress , Sept 10th, 2003, but guess who nixed that idea?