We’re not supposed to wait. We’re supposed to keep putting people in office that are fighting the fight. I can say that I’d rather put up with this for another 20 years rather than fight another war, especially one on our streets. They’re making progress, though not as much as I would like.

What progress are you talking about? Thousands of people are illegally crossing our borders every day and of those who get caught they are using asylum loopholes to their benefit, and we foot the bill. 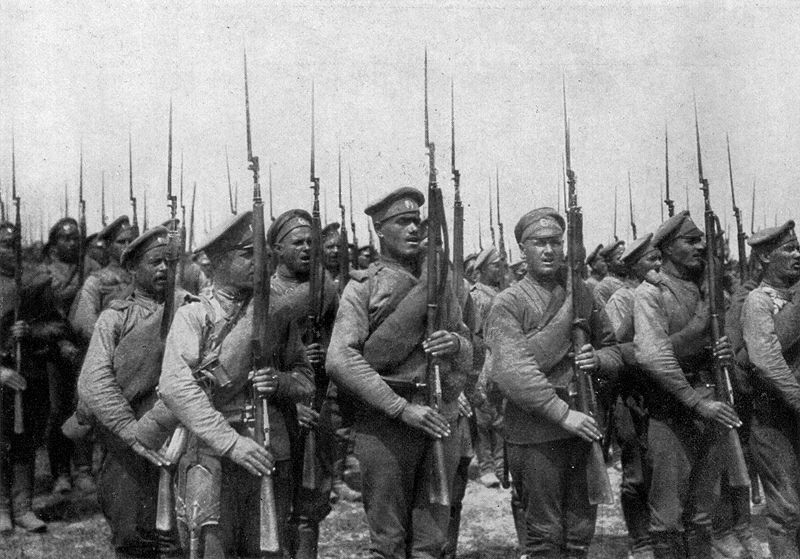 These men lived in a civilized world… a world of Dostoevsky, Chekov, Chagall. There were some problems though. The world war weakened the Tzar. The leftists found an opening to control the country. And they took it. But not everyone wanted to live in a leftist society. So civil war broke out. And these men were our counterparts… not wanting to live in a leftist society.

The white Russians. Note that they lost…even though they had guns.

I absolutely guarantee you that the same fervor and insanity that controlled the Bolsheviks has its grip on America’s so called progressive liberals. What’s different is that in 1917, the constitutional government of Russia was weak… very weak and new. Ours is not and it is only through this difference that we will find a different result than what the White Russians found. Those who want to “accelerate” events to a deadly confrontation might as well sign up as America’s commissars because you will be doing exactly what the left wants. As the socialist Nikolay Chernyshevsky said… “The worse, the better.”

The left is being forced out in the open in their support for open borders. The establishment Republicans are under attack for it. I think the trend is turning in people being sick and tired of illegal immigration and that will lead to more demands and some progress in my opinion. We are building some of the wall and we’re definitely making it an issue in this election.

Not only have they all come out for open borders, they’ve all indicated they want to give the illegal aliens all sorts of things that we do not give to our own homeless citizens.

Yeah you hit on a very sober reminder of the Lefts hypocrisy here! California has the highest homeless rate in the country and have pretty much ignored this issue while doubling down on Sanctuary status! It’s people like Newsome, Cuomo, and the activist judges that are destroying the country! Also why does Soros continue do things without so much a legal challenge? What gives on that front? Never understood how one guy who has caused so much destruction is able to evade any legal recourse!