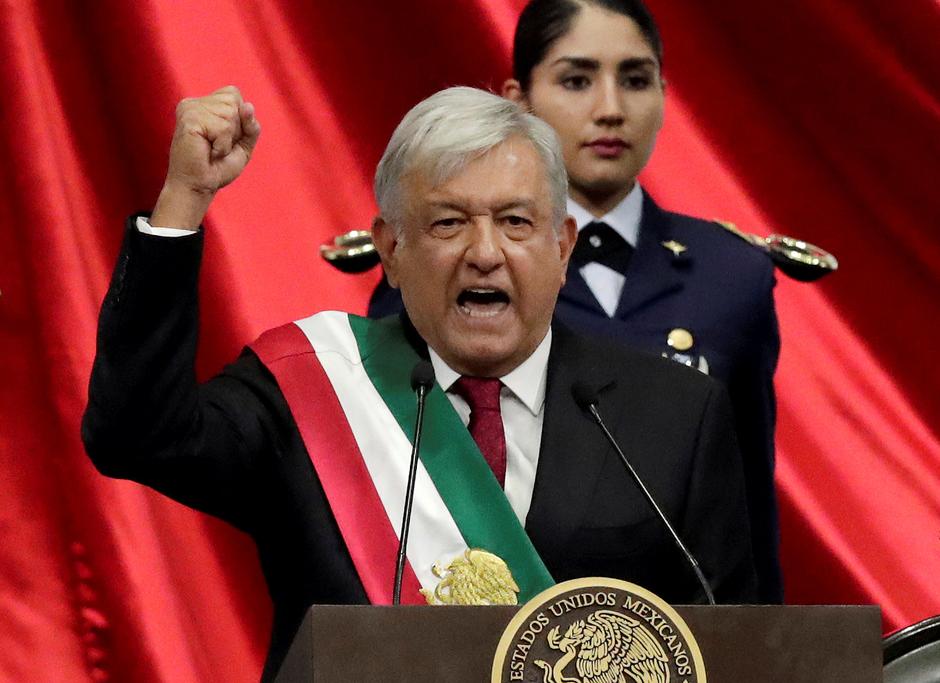 An all-out war between the Mexican police and the drug cartels has been going on over the recent arrest of a cartel boss.

In response, the Mexican government put its tail between its legs and surrendered…saying ‘‘we don’t want a war’’

Does anyone have a better understanding of why the government of Mexico displays such cowardly and weak behavior? Mexico is a corrupt shithole and they are fast on their way to becoming a total narco-state. I say let it happen, it would give President Trump the the authority and pretext to invade Mexico and wipe out the government and the cartels.

What a failure of a country. One day of light fighting and the government bends over and releases a damn drug kingpin.

They might as well just make the cartel the official government at this point. I doubt anyone would really notice the difference anyway.

Obrador ran on a platform of not taking violent action against the cartels, which to me means that he’s their guy. Releasing the boss of El Chapo’s cartel was a signal that he will do as he’s told.

Sucks. I used to vacation in Cozumel a lot. Now I won’t go back. Not worth getting beheaded and gangraped by chainsaws and machetes for the beaches and drinks. Diving in Cozumel was the best anywhere though.

Didn’t he also make members of the military swear some kind of loyalty oath to him personally? He’s probably worried about a military coup because of his corruption.

Something like that. He is trying to create a National Guard with the military so he can use them for law enforcement. It’s not going well.

I haven’t vacationed in the Mexican riviera since the early 90’s and won’t be back.

Aren’t the cartels better armed than the military there? If I were in his position (which I wouldn’t be dumb enough to be in, in the first place), I’d kinda back off from them too. Unless people in North America lay off the coke and illegal firearms, the cartels will still have a lot of power there.

One of his first official acts as president was to pull the Mexican Marinas off of drug interdiction and anti cartel actions.

He’s owned hook, line and sinker by the cartels just like his predecessor.

War Powers Acts. The President can commit the military as he sees fit and doesn’t even have to inform congress for 180 days.

Declare the cartels terrorist organizations and go biblical on their asses.

Tom Clancy predicted that Mexico would become a failed state and the US in some capacity would have to go in to clean up. That was back in early 2000’s and it would appear that his prediction is becoming true.

Tom wasn’t exactly prescient with that prediction. Mexico has failed repeatedly over the last 150 years or so.

Corruption is so endemic in the culture it’s just the norm.

Well, when was the last time Mexico was officially declared a failed state and the US military had to invade the country to stabilise it?

Shortly after US troops crossed the border the Mexican Gov’t discovered it could actually manage to deal with the border bandits.

1916 was a long time ago, a lot has changed since then. The corruption part that you eluded to hasn’t.

The biggest thing that has changed is the math, the cartels are fabulously wealthy where in 1848 and 1916 the border bandits were not very well funded at all and mostly fighting with substandard weapons and tactics.

If we had to roll in on the ground the price would be much higher for us this time around.

With all the intel the DEA and CIA have on them they can’t sneeze or fart without an agent smelling it so treat them like the terrorists they are target all of their HVT’s command and control, supply chains and stockpiles of both weapons and everything they use to fund their operations and hit them like a tidal wave with air/missile/drones with a shock and awe campaign they’d never forget.

What you are suggesting would certainly be something to behold and would change forever the dynamic of the border crossings and its fortifications! If something like that happened it should be treated like how we dealt with Iraq in the reconstruction phase.