Massive conversion of Khazars to Judaism Hmmm, maybe this rabbi is antisemitic…

How may threads are you going to start on the same subject?

Only one, were it not for pesky shabbos goys.

Actually, it’s a different topic because the rabbi discusses WHY the conversion to Judaism occurred.

So where is the conspiracy? I don’t see anyone denying that the Khazars converted to Judaism.

It belongs to History, but every time I post stuff there, one shabbos or another starts screaming it belongs to Conspiracy.
LOL. The joke is on you.

No, you never posted this in history. What you posted there earlier was yet another of your lies claiming that the ■■■■ in Israel are not really ■■■■ and thus need to leave.

A secret project in Ukraine:

Bottom line: Khazars need a new country, given the failure of the “■■■■■■■ state in Palestine which doesn’t belong to them in the first place.

From your same preferred Rabbi, a much more in depth discussion of where the Khazar ■■■■ fit into the “■■■■■■ World” today. 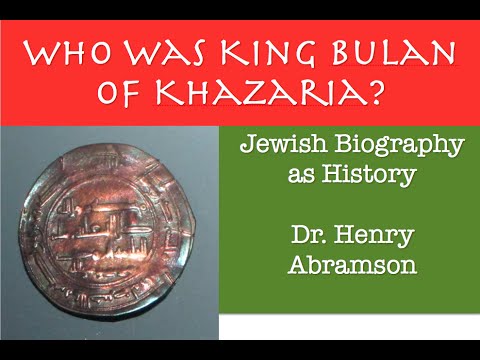 Hmmm, maybe this rabbi is antisemitic…

Plenty of white liberals are anti-white.
Plenty of liberal Americans are anti-American.

Actually nothing he’s saying is really even arguable. There’s a wealth of evidence that the rolay Khazar family at the time did convert and declared Judaism to be the official religion of the kingdom.

Nothing in that video or the one I posted however supports his contention that modern ■■■■ in Israel have no ancestral claim on the land of Israel or that the Ashkenazi do not have genes tying them back to the original Hebrew tribes that originally occupied the region.

Who is he trying to convince? The other antisemites here will believe anything he posts but surely must already be saturated with conspiracy theories about ■■■■■ It’s the closest thing to barking at the moon that I’ve ever seen from a human.

The sad part is that no matter how often his lies are refuted with facts he just keeps repeating them as though he’s totally unaware of the facts.

Such things are the product of sick and damaged minds.

Living your life filled with mindless hate will do that to you.

If a king converts to a new religion, the rest of the country follows suit. That’s obvious.

The tragedy of Khazars is that they converted to Talmudic Judaism which is an extension of the Pharisee during the time of Jesus. What did Jesus call them?

Actually it got a lot worse. The Talmud which is a compilation of oral traditions of “learned” men calls for outright demonic practices, filled with envy, hate, and anger against the world.

There was no forced conversion of the nation by the King and no records to indicate that the entire country did so. Further there’s no records anywhere that indicate they continued practicing Judaism after the fall of the kingdom.

Jesus’ main criticism of the Pharisees was that they didn’t live what they preached.

Once again you’re puking out drivel when more than 30 widely peer reviewed and well supported studies prove that your whole Gog/Mago/Khazar ■■■ myth is nothing but a lie.

The Askenazi can trace their genetic lineage precisely to the same region as the rest of the other major ■■■■■■ groups, Palestine and the surrounding Levant.

Why do you continue lying?

Khazars were Asian like the Chinese and Mongolian, but they mixed with their slaves. Rootless genetic mishmash

The ■■■■ were not their slaves but as we know both from history and the genetic studies ■■■■■■ men often married and produced kids with the locals wherever Judaism spread.

That’s why the X and Y chromosomal studies of the Ashkenazi vary so greatly. There were far more women converts marrying ■■■■■■ men than ■■■■■■ Women marrying converted men.

This tradition is alive. African slaves were brought to the Americas by (Khazar) ■■■■■■ traders.

Black Africans captured and sold black Africans to slavers. After that… everyone’s guilty… even those who simply sipped the rum or wore the cotton or smoked the tobacco that came indirectly from the slave trade.

Whites have been enslaved by other whites for as long as whites have existed.

Friends, I think that all of you are confused so please allow me to explain @Didgevillage @Call_me_Ishmael and @TWR

A ■■■ is one of three ethnic groups that converted to Pharisaism/Talmudism/Judaism (three names for the same religion). When we talk about Jesus, understand that Jesus was a Judean, nothing to do with ■■■■■ There are no ■■■■ that descend from Judeans. Judeans were the descendants of Yehudah. Ashkenazi ■■■■ are Khazars who converted to Talmudism, they descend from Ashkenaz, hence the name. Sephardic ■■■■ are North Africans that converted to Talmudism and invaded Spain and then get kicked out. Mizrahic ■■■■ are Arabs who converted to Talmudism and stayed in the Middle East. Personally, I find it to be a disgusting practice that so many so-called Christians spit in Jesus’ face and call him a ■■■■ repeating the lies of the people our Savior clearly called the Children of Satan.