Martha’s Vineyard Laughably Declares ‘Humanitarian Crisis’ Over 50 Illegal Immigrants
After Florida Governor Ron DeSantis delivered roughly 50 illegal immigrants to swanky Martha’s Vineyard — much to the dismay of liberals — the island community that’s home to the Obamas and a Who’s Who of other elites has declared the situation to be a crisis.

While Democrats insist that there’s no border crisis — despite a record number of got-aways, migrant deaths, and border apprehensions — their friends on Martha’s Vineyard have decided 50 illegal immigrants are just too much to handle, despite being a proclaimed sanctuary.

When the “Visit Martha’s Vineyard” tweeted out “an update on current humanitarian crisis” they say is occurring on the island, it was quickly met with mockery. 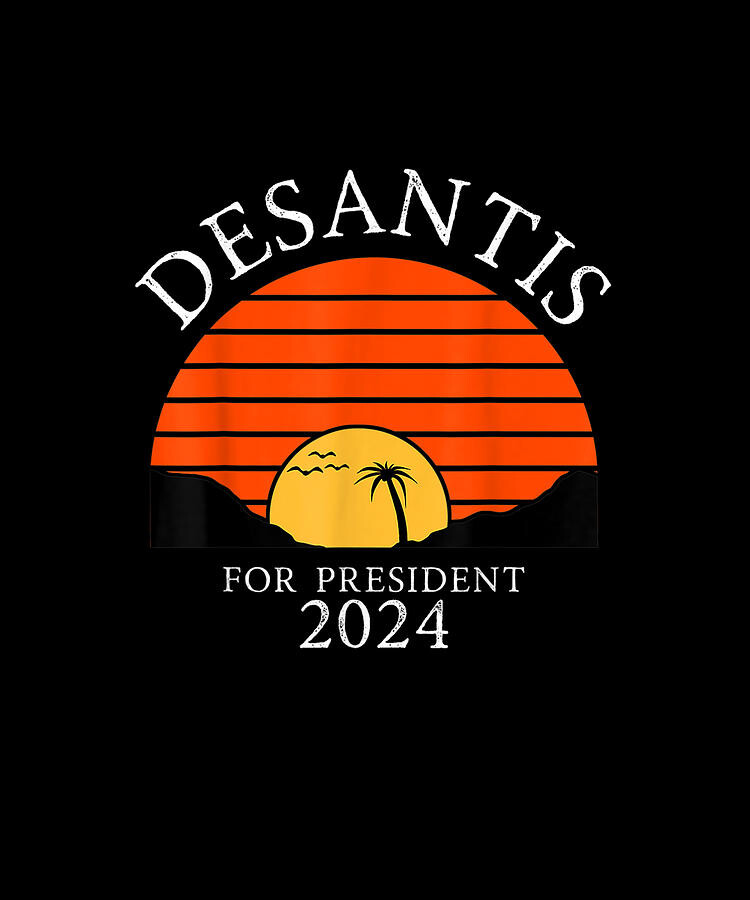 Why do you want ron to look like a loser? Let him run in 28… be smart about this. You and Manhattan have some pseudo political views.

Because Trumpy will be in a federal prison SOON !!!

His lawyers are totally confused !!!

Ron DeSantis is being investigated for child trafficking human trafficking, 25 years per person. Lol trumps judge just labeled all the documents, seized unclassified … Ron is going to be locked up

You are simply the village IDIOT !!! 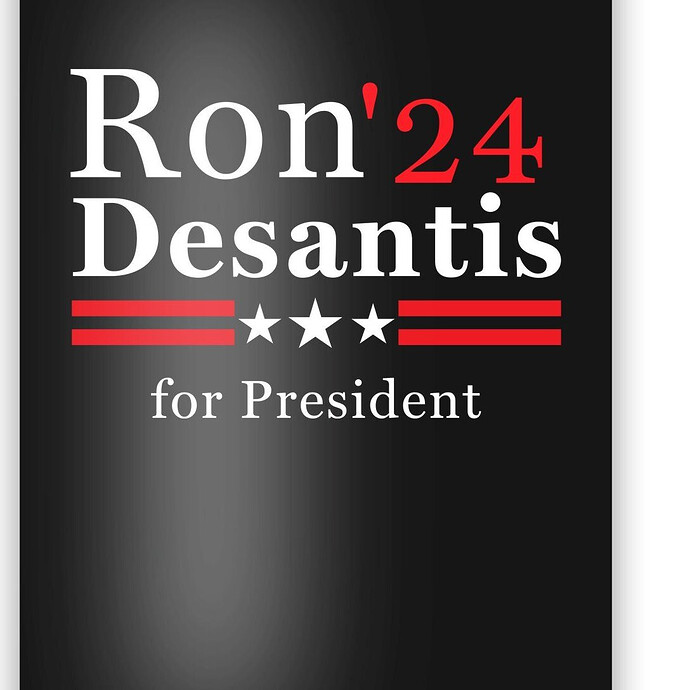 Lol when have you ever been right? Lol

The little fascists on the left always write it “diversity, equity and inclusion” expressly so it is not DIE, but DEI does not accurately reflect what this goose-stepping goon squad needs to do, so to hell with what they want.

I, for one, am sick and tired of the double standards and double-speak the left now simply marinates in. I’m done with their race-obsessed hatred and manipulation. Divide to conquer works, generally on dumb people, but when you’ve controlled the education system in major cities across the country for generations you’d stopped educating and turned those schools into moron factories.

Either that of eating lead paint chips was a pastime with a wider swath of the country than anyone thought in the 1970s and beyond.Whatever the case, eating lead paint chips was never an issue on Martha’s Vineyard, as anyone with a good case of blue-blooded inbred hemophilia can tell you, a delicate semi-gloss latex better compliments the taste of caviar. And no one impacted by lead paint has been able to afford to stay on the island since before the Earth cooled, which is the polite way of saying a couple years after Nancy Pelosi was born.

The liberal donor-class was shaken to its core this week when they saw their first non-white, non-Obama person walking the streets of Martha’s Vineyard not carrying a can of Pledge and a dust rag or a leaf blower. Yes, they mostly spotted them through the cameras on their security gates, but they called the police almost as fast as they called their friends at MSBNC.

Within a day, less than 24 hours really, the whole nightmare was over. The unwanted were evacuated to the mainland and the unloved spouses of the super-rich left gave their armed security guards the night off. All was right with the world.

Within a day, less than 24 hours really, the whole nightmare was over. The unwanted were evacuated to the mainland and the unloved spouses of the super-rich left gave their armed security guards the night

You can’t make this stuff up. “URGENT PLEA”! The ultra-wealthy on Martha’s Vineyard has launched a GoFundMe fundraiser, already raising over $36,000.

Please help these struggling millionaires with multiple summer homes during this “humanitarian crisis”??https://www.gofundme.com/f/f5tae-help-marthas-vineyard-migrants?qid=829200afa765054a025ec9fba555569d

As of Friday afternoon, the affluent community’s “urgent plea” has raised over $42,000. The proceeds are benefiting the Martha’s Vineyard Community Foundation (MVCF) whose mission includes putting “charitable contributions to work for the people of Martha’s Vineyard by making grants that address community priorities” and “dispersing emergency response funding during extreme times of need.” MVCF builds and invests its endowment to “provide continued resources for enhance[ing] and preserving the quality of life on the Vineyard.”

If you really want to know what a person is, look at what he does, not at what he says. What does he/she/it do—that is their true measure. Governor Ron DeSantis of Florida brilliantly, and I mean, BRILLIANTLY, exposed the utter hypocrisy of the left by sending illegal immigrants to Martha’s Vineyard. The good, white, liberal, “immigrant loving folk” of the Vineyard couldn’t handle it, so they had the National Guard (THEY CALLED OUT THE ARMY!) bus these migrants to a nearby military base within 48 hours of their arrival because those brown people weren’t wanted in the exclusive white people+Obama enclave. The left is screeching because their utter hypocrisy has been laid bare, an open wound, and they are hurting. One of the richest places in America can’t handle 50 people they claim to love while poor border towns in Texas and Arizona are supposed to cater to millions. And the border towns are the “racists.”

Excuse me, but President Trump committed no crime.

It is not a crime to make uneducated ass holes cry with a Tweet.

Uh, DeSantis in 2028. We’re not giving him up here in Florida. Don’t EVEN imagine that.

Trump will clean up Unelected Joe’s message and leave DeSantis a prosperous country to improve on.

Maybe he gets another four years; practice of shipping illegal aliens out of state and he uses that experience to ship those animals back to Mexico.

Excuse me, but President Trump committed no crime.

Since when did that EVER matter ?
I’ll bet you think Biden won the election fair and square .

Maybe he gets another four years; practice of shipping illegal aliens out of state and he uses that experience to ship those animals back to Mexico.

Open your eyes they will NOT allow Trumpy to run can’t you see what’s happening ?

Trump will run and he will win. There is no Democrat alive today who can beat him in a legal election.

His policies gave America the greatest economic boom in history and peace to the Middle East. He has a better record than ANY Democrat in history.

I agree, but I seriously doubt he will be allowed to run. I’ll vote for him, but I just don’t think it’s going to happen, at this stage of the game.

The Republican Party may be a circular firing squad at times, but it is NOT stupid.
Trump is the ONLY Republican who can win. And no Democrat will defeat him, not after this clusterfck from Unelected joe.

Biden, a senile racist who committed extortion and ADMITTED to it on video, who campaigned mostly from the cellar, did NOT get 80 million votes, MORE THAN OBAMA,. Anyone who thinks that is a moron.

2000 mules elected that racist son of a bitch.

Biden, a senile racist who committed extortion and ADMITTED to it on video, who campaigned mostly from the cellar, did NOT get 80 million votes, MORE THAN OBAMA,. Anyone who thinks that is a moron.

Wake up idiot, Trumpy is a has been !!! Why has 80% of the republicans admitted braindead Biden whip Trumpy fair and square ? Dumbass cave dwellers like you have a hard time letting go , you are getting as stupid as the goats you have been fucking .

dipshit this is why most Americans hate Trumpy he is so damn petty , small minded fuck !!! 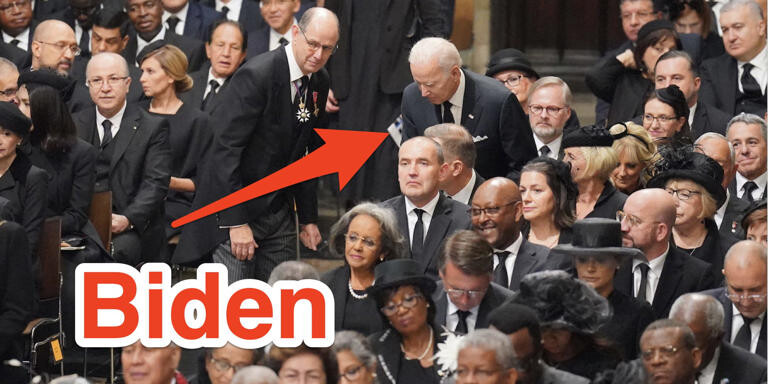