Many millennials are relying on parents

Many parents of millennials (ages 25 to 34) are financially supporting their adult kids, paying some or all of their monthly expenses, including groceries, cell phone, and even costs related to owning a car. 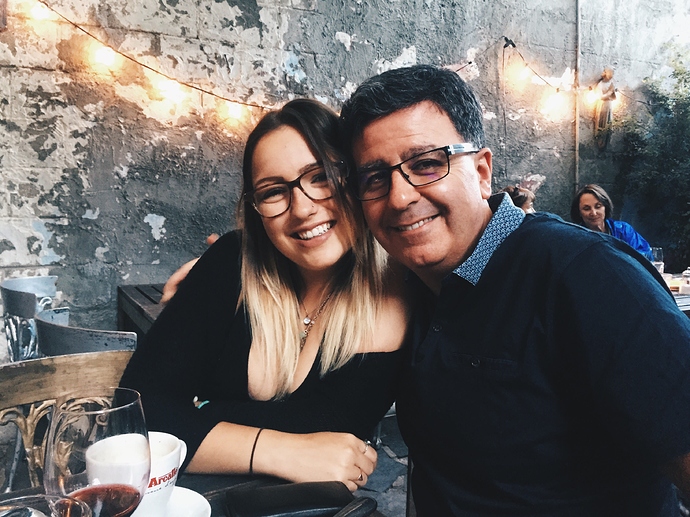 Here's how many millennials get help from their parents to pay rent and other...

Many parents of millennials are financially supporting their adult kids, paying some or all of their monthly expenses, including groceries, cell phone, and even costs related to owning a car. Parents are also making rent and mortgage payments and...

I guess I borderline as a millennial, but I moved out of my parents when I was 17. I was fortunate at the time to have a decent job. And have money flow to have a place of my own, and get the stuff I wanted. I even paid for my own car, put gas in it everyday. I paid my taxes and tried to help others who were less fortunate than me. I did my deed to society.
So, in short…I wouldn’t know how to “live off” my parents. Even if I wanted to at the time.

None of my business, it’s their parents money and they can do what they want with it. Personally I don’t mind sharing some of my money with my kids.

There are many factors that hav led to this fiasco.

The list is endless. Not excuses but the reality our government has brought us.

That seems to be in the minds of many parents that still have their kids living with them.

I have two grand kids. Mother in the wind since they were born, father not earning any substantial income. Would I see two innocent kids suffer simply because they were born? I’d rather spend what I have on the kids, and see them safe, than die & have the money pissed away by greedy family members. My Last Will & Testament reads: “Being of sound mind, I spent all the money”.

Let’s not put the blame on immigration. There are plenty of jobs out there to be had. The issue I have seen is these kids sporting their college degrees are holding out for jobs they want instead of taking a job until something better comes along. But they still want their cell phones, cars, cable and they can’t live without their internet.

I never even had furniture starting out. I used a couple of old crates for tables and slept on the floor with a sleeping bag. I had no TV but I did have an old radio. Latter as I saved some money I bought a bed and then found an used couch and chair.

I was working and going to college and did without the things I would loved to have had.

This kind of seems like a troll thread to me. Aren’t parents supposed to take care of their kids? This is a bad thing now? What the hell? Who made the OP the judge of what other people decide to do with their money? If people with views like the OP weren’t busy attempting to turn this country into a banana republic, this wouldn’t be an issue. But now that it is starting to swing that way, let’s blame the parents that had nothing to do with making it that way. Makes perfect sense.

So what this is about class envy then? How dare others have more than you had? How noble.

I had an idyllic childhood. Only two house rules: Do your best in school. Don’t bring any grief to our door. At 16 I enlisted in the US Navy. At 17, I graduated high school & walked out the door. By 18 I was in Vietnam. I was not alone. 8 people who graduated with me did the same thing. Mom at home taking care of the house, and dad working. The way it should be. I was blessed. Growing up, I had everything I needed, and developed enough maturity to be on my own effortlessly. I have always worked at being a minimalist. It’s amazing how little you really need.

None of my business

Yup. And the flip side is that it’s none of anyone else’s business what you do to help your adult kids.

Personally I don’t mind sharing some of my money with my kids.

There was a time in our nation’s history when many offspring of today’s millennial age group all lived with their parents – and grandparents. It was called the family farm. And that same farm was the social security system.

Having said that, we DO have a problem with the stereotypical “millennial in the parents’ basement, playing Warcraft and yelling at his keyboard…” The millennial (or the adult child of ANY age) who is effectively doing nothing but drawing “welfare” from his parents is not healthy. As long is the dynamic stays limited to him sucking at the parental teat, it’s just the parents’ problem. But quite often (and I would argue MOST often) that dynamic eventually becomes a problem for society at large.

I remember back in the days, sometime in the late 1980’s…my parents couldn’t wait for me to get out of the house…if I had stayed there still…I doubt they would even give me any money for anything. Yep, my parents weren’t very nice people. But I am glad that I got out anyways. I made something of myself. And I am sure, if I had stayed there…I would be living in my basement.

Let’s not put the blame on immigration.

Ahh, that brings back memories of “The Waltons”. I loved that show.

I think a lot of negative perceptions are due to (once again) the media. Spoiled kids in college who demand safe spaces, high paying jobs straight out of college, etc. And, let’s not forget the “death to the baby boomer crowd”.

I’m with @Zantax. I don’t mind sharing money with my child at all. Actually, he works for me and makes a decent wage. That is my way of sharing money with him. What he does with it is his responsibility. I’d pay someone in his position the same wage with the same benefits so no skin off of anyone’s nose.

If he needed help, I’d help him. Only because he isn’t a moocher or a basement dweller and has shown himself to be an asset not only to my company but handling his money very wisely.

My parents helped me out on occasion. Heck, I remember my parents were helped out by their parents on occasion.

Absolutely, LouMan. It all boils down to supply and demand.

Some people just don’t understand the impact of an unlimited supply of entry lvl workers.

I think with Trump shining the spotlight on illegal immigration, they are actually starting to catch on. Slowly, but surely.

With the fantastic reports we have on employment levels, we have seen wages rise as a result of supply/demand.

Now, enter illegals who will suppress or stagnate that forward momentum.

Another nail in the coffin of the democrats who are continuously more regressive than they are progressive.

That is an gross generalization. Both my daughter’s live in Seattle. The eldest went there to go to school and graduated with honors with a degree in Interior Design … just in time for the recession of '08. Entry level jobs in that field were virtually non-existent back then so she ended up working as a clerk for Whole Foods. There is no way that a person in a job like that can afford to live independently in Seattle. Fortunately for her, she had several school friends in the same boat, so they teamed up as a household to be able to survive without much help from parents.

The younger daughter simply moved there because she wanted to leave home and try the big city. She too could only find minimum pay work, but she was not so fortunate to have the close friend network of support that her older sister did. Even by renting a room in an apartment advertised on-line, she needed our help to survive. She now, after more than two years, has found a better job and built a small network of friends and can survive on her own except for large periodic expenses such as car insurance (costing almost twice there as it did here) and health expenses. She is trying very hard to become financially independent, and no parent is teaching their kids anything of value by letting them starve or live in their car (which I assure you, is common in Seattle) instead of acting as a safety net.

To be fair you would have to compare this number to previous generations. Also one could look at it by saying that 75% don’t need help from their parents - Roughly a quarter of millennials say they receive financial support from their parents.

There are a number of reasons for this and I would agree that parents shoulder some of the blame, but there are other factors as well. For states like NJ, where I am, the tax burden and cost of living is a big factor as well. This is also from the article:

“Middle class life is now 30% more expensive than it was 20 years ago, according to Alissa Quart, executive director of the Economic Hardship Reporting Project and author of the book,“Squeezed: Why Our Families Can’t Afford America.””

It’s not about how much you make but by how much you keep! The other main factor as we all know is the amount of debt many are carrying from student loans.