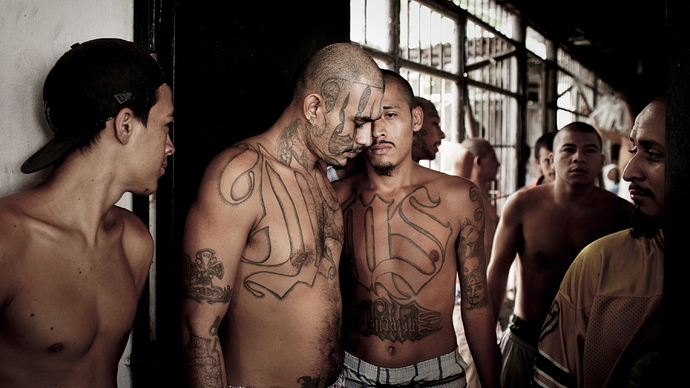 Four executives at an Illinois manufacturing plant have been charged with knowingly hiring illegal aliens, the Immigration and Customs Enforcement (ICE) agency reveals.

In 2017, ICE audited the company and discovered that more than half of the 67 workers employed had potentially used fake work authorization documents to obtain jobs. After being warned of the illegal alien hires, the executives fired the workers.

Later, though, ICE officials said KSO MetalFab executives rehired at least 18 of the illegal alien hires that had previously been fired through a staffing agency.

ICE alleges that the four executives instructed the fired illegal aliens to apply for jobs through the staffing agency so they could be rehired at a later date. A number of the illegal aliens used the same names they had used to get jobs at the plant originally.

The first hearing in the case begins on October 29.

Today, there are at least eight million illegal aliens holding American jobs in the U.S. economy that would have otherwise gone to American workers and legal immigrants. The mass employment of illegal aliens by hundreds of businesses, though, continues to go largely ignored by the law, as only 11 employers and no businesses have been federally prosecuted for hiring illegal aliens in the last year. 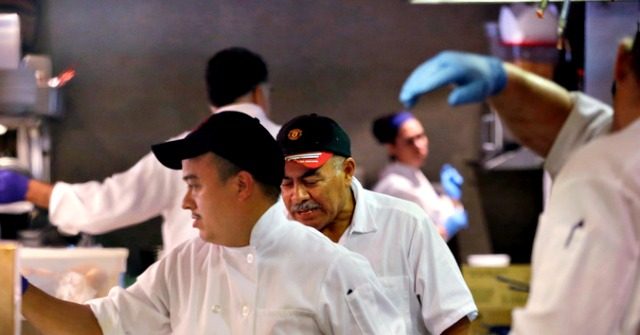 Four executives at a Chicago, Illinois manufacturing plant have been charged with knowingly hiring illegal aliens over American citizens.

This should be happening on a massive scale.

At this point, mandatory E-Verify is just as important as building the wall. Every single employer in the US, regardless of company size, should be REQUIRED to participate in E-Verify. Companies that don’t should have their executives and owners face massive fines and jail time.

Totally agree! Next best thing to counter the open border do nothing Congress is to keep the pressure on corporations that hire illegals by using immigration enforcement! Congress cannot do squat and need more outside the box solutions to cut off Nancy’s head!

Today, there are at least eight million illegal aliens holding American jobs in the U.S. economy that would have otherwise gone to American workers and legal immigrants. The mass employment of illegal aliens by hundreds of businesses, though, continues to go largely ignored by the law, as only 11 employers and no businesses have been federally prosecuted for hiring illegal aliens in the last year.

Not counted are the illegals who use their children SS number, those working for cash, those using ITN’s etc.

Th estimates of illegals range from the 2000 number of 11 million upwards of 40 million. 8 million working is a joke.

This should be happening on a massive scale.

Starting with Trump’s companies and the “illegals” working for them…

Starting with Trump’s companies and the “illegals” working for them…

I’m sure you have proof of this

Democrats frequently claim that illegal aliens are only taking jobs that Americans won’t do.

Republicans have been claiming that forever.

Former President George W. Bush said on Thursday that the U.S. needs to “welcome” immigrants and thank them for doing the “jobs that Americans won’t do.”

Quoting 1 year old articles to which a known globalist shill would say? Oh pleeeeeese to you, for being so ignorant!

This gives the illegal alien an unfair competitive advantage 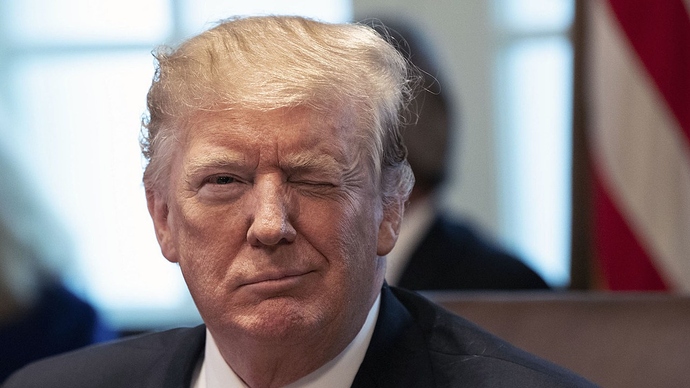 The president is fine with an immigrant “invasion” when it’s benefitting him financially.

Don’t be fooled by the in house clown here!

Monte Crusty epitomes the definition of a internet Troll

Every single job I’ve ever had, required me to fill out an I9 form to establish that I am legally allowed to work in the United States.

I am American - through and through. My ancestors were in the Mass Bay and Plymouth colonies. No fewer than five of them fought in the American Revolution, and their descendants fought for the US in every war since then.

If I have to prove my citizenship to get a paycheck… then why in the fuck doesn’t some random Guatemalan who doesn’t even speak English?

Because if you hadn’t noticed our country and it’s people only exist to serve the third world.

Because Americans and American businesses are the direct beneficiaries of cheap illegal labor. It’s always been that way and always will. Trump’s token arrests are no different than the token arrests we’ve seen in past administrations.

Token arrests? It’s against the law to hire illegal aliens. If you don’t like the laws then you should write to your congressman and get them to change them.

Yes, token arrests. Giving the impression that the government has been doing their job, there have been a few arrests here and there throughout all administrations. But the reality is that millions of undocumented immigrants are working our factories and fields and the economic repercussions preclude any administration from ever REALLY doing anything about it…

It’s against the law to hire illegal aliens.

Another reason to impeach Trump.

Do you see the logic in debating with a retarded imbecile?

Monte, you always point the finger(or give the finger)to Trump. How about doing the same to those who want open borders (Dems &Repubs).You act like Trump is the chief beneficiary from open borders.Quit grinding your axe against him.
Direct your criticism towards Nincompoop Nancy and the squad or are you as pointless as they are.
We all know you’re the Anti-Trump here.Your drivel has become tiresome.