London and Chicago have a lot In Common Now!

A man is shot in broad daylight in London Wimbley. Khan is a con? This is pretty crazy watching this and have to wonder about the entire gun issue in the UK when criminals have them and law abiding citizens do not! It is not a level playing in places like London when it comes to self defence! 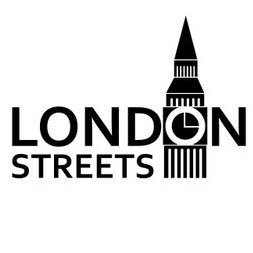 Footage circulated showing a man shot in broad daylight in #Wembley. This is what’s happening on the streets of #London... #LondonStreets | londonstreets.org https://t.co/fcoNIC7ppx
MarkDido July 13, 2019, 1:11pm #2

Brits will tell you how superior they are because they banned guns!

What is fake news?

The rest of your statement has no argument from me! Britain as far as I am concerned has gone full cuckery and only an uprising will save them!

Sorry, I was being sarcastic in the first two sentences.

What’s with all those puny little cars in that video…that’s the problem IMO. No one with large PU with gun in gun rack.

Strange society they have.

In general American cars are much larger than European cars however if you look at the bicycle it looks more like one of those old school bikes from the 1900s the CCTV camera is giving you a distorted view of the cars making them look shorter from back to front but longer from floor to roof.

Ah, I see what you’re saying.

Now having armed society wouldn’t prevent this shooting IMO, not when you get ambushed like that. Since he singled out a certain target he would still have found another way.

Looks like a targeted hit to me. This won’t make any difference even if it becomes common, the Brits surrendered their rights long ago and won’t be demanding them back. Even if they do the gov’t will laugh at them and tell them that the gov’t knows better than they do how to protect them.

The elephant in the room (and the authorities wouldn’t admit it in a million years) is that some of ours are terrorist-related, whereas that isn’t the case in Chicago.

You can say that again! The only way that we can protect ourselves against gun-toting crims is by infringing the law and acquiring one illegally like they did. Having said that though, I can’t remember the last time a crim pointed a gun at me?

Most Americans can’t either.

As carry has expanded nationwide and become more and more common violent crime rates have plummeted to lower levels than we’ve seen since the mid sixties since the peak in 97.

Unfortunately “judicial and sentencing reforms” are going to flood the country with felons and likely show a sharp increase in drug and at least property crime and likely a leveling off or increase in violent crime until we regain sanity.

Felons in prison are not committing street crimes, that isn’t a difficult equation so it’s hard to understand why democrats just can’t get it.

I’ve never understood how anyone - and we’re talking ‘liberals’ here? - can argue with the tenet ': ‘The only thing that stops a bad guy with a gun is a good guy with a gun’. I mean, it’s just pure and indisputable logic to me!

Beats the hell out of watching bodies pile up till the bag guy/guys run out of bullets.

Exactly. I’ve long come to conclusion that the liberal mind is entirely lacking in basic common sense and logicality. Even when their flawed rationale is explained to them, they still don’t get it?

Kind of funny they call us “scienc deniers” but are rejecting 2.5 million years of natural human and societal development in favor of depravity and perversion.

When society begins killing of it’s children, born or unborn out of greed (abortion for any reason at any time or no reason at all) we are at the point where we have separated ourselves completely from the natural world and laws of nature first and foremost is to protect our young and ensure the continuation of the species no matter what the conditions.

You’re obviously a very thoughtful man/woman. I’m similarly pessimistic because there are just so many weird things going on these days that it seems to be ominous. I’m glad my daughter decided against having children - she shares my thought processes. My son has 3.

I’m actually at point of considering remarrying to a much younger woman and trying to kick out a couple.

A man should leave something permanent as a legacy.