Meh who cares? Political theater, they don’t begin to have the votes to over-ride the certain veto.

They should have had the balls to show this during their debate. This happened in Tijuana, MX / California border earlier today.

And this folks is a major reason why California will exacerbate its demise and Trump should do nothing to help the state! I wish we could start shooting these invaders!

We don’t need no stinking wall.

Do we have a list of names yet of every single RINO who voted against building the wall and ensuring the safety and security of their fellow citizens?

Ask and you shall receive!

Here is the live stream of these animals crossing the border. It was caught live on YouTube about an hour ago. These cuckservatives are all scumbags. They’ll allow any trifle to be a “national emergency” but when you actually have a real emergency - the Third World invading the USA - they say it’s not really an emergency.

Their excuse? “well we can’t set precedent for future Democrats to do the same thing such as declaring national emergencies for Climate Change, Gun Control, and Abortion rights. Its not about Trump’s border wall but about upholding the constitution”

If we can’t have people in congress and the senate to support Trump then it is up to the “We The People” to give him a Congress and a Senate that he can work with!

Trump could very well just order the military to build the wall without an emergency…but I think he went this route to force everyone to show their hand…no doubt many will fail their primary re-election bids…maybe not in the ivy league globalist northeast…but elsewhere definitely.

Well, you could be right, and they need to be replaced by people who are not bought by special interest! Conservatives at the grass roots level need to take a hard look at the Romey’s and McConnell’s and decide if what they represent and undermining American’s interests is best for the future of the country! This really needs to change in the worse way. Have we not learned anything from seeing McCain and his destructive traitorous incarnations?

Murkowski is already cooked. She’ll go down to a primary challenger. Collins making the right choice for Kavanaugh was a fluke. Romney?? Big surprise there. Democrats are gonna abuse anything they can in power. There’s no precedent we can set to stop them.

I think Romney is the worse of them! He basically replaced McStain as the Neo-con vote for the Dems!

When I say “grass roots” I mean there needs to be an independent conservative coalition that will get candidates to run in all of these people’s districts to challenge them! Oh Steve Bannon! Where are you!?

Senators who could care less about our sovereignty must be voted out of office. Vote in primaries!

"The support for the U.S. Chamber’s open-border initiative is McConnell’s strongest showing yet that he controls almost enough votes to support impeachment; if the President continues to advance policy initiatives not supported by [The Chamber and Business Roundtable] 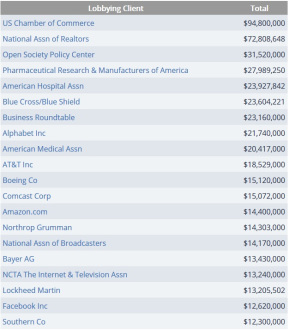 Once again the attempt at obstruction has come from within Trump’s own party, the neo-con and RINOs have been obstructing him from day one, they also want open borders. They don’t want a wall, and have tried to stop it. Vote them out.

Prior to the day of the vote, GOP Senators Rand Paul, Lisa Murkowski, Susan Collins and Thom Tillis had said they planned to vote for the resolution.

In an apparent last-minute reversal, however, Tillis announced just ahead of the vote on Thursday that he would vote against the resolution, despite previously saying he would vote in favor in a Washington Post op-ed.

“Today, I come to the floor to say that I do not intend to vote for the resolution of disapproval,” the senator said, adding “The White House has been very gracious and I should say very patient given my initial position in working with us.”

Now what could have changed their minds from the previous day? Hmm…

Exactly! If this doesn’t mobilize the conservative movement at the grass roots level then nothing will!

Threats? Money? Fear of reprisals from lobbyists? Just a guess! Follow the money!